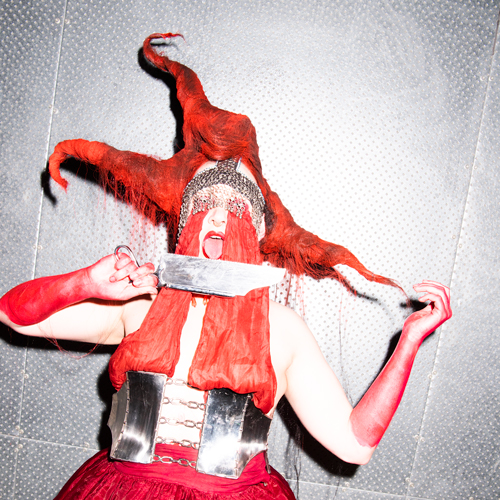 Behind the Scenes with Anthony Turner X Mønster Queens

We interrupted the Most Wanted and The It List 2020 Grand Final broadcast to share a jaw-dropping spectacle from two times Most Wanted Session Stylist champ, Anthony Turner. Now, the twisted fantasy continues as we go behind the scenes of a show to remember…

Dior, Victoria Beckham, Prada, JW Anderson, YSL… Anthony Turner’s signature dramatic aesthetic is in demand with fashion designers across the globe. But long before he was one of the most sought-after, daring and inventive hairstylists on the planet, Anthony Turner was a Goth, stepping into the magical world of gay all-nighters in Birmingham clubs, where everyone could be anything they wanted to be until long into the next day.

A celebration of some of his biggest influences and inspirations, which have shaped who he is today, for one night only the #MWIT20 virtual audience got a glimpse into the wonderful world of Anthony Turner – full of everything that’s fascinating, alluring, and a little on the dark side…

“Since I was very young I’ve always been attracted to the alternative. I have such a huge respect for drag in its many many forms. It’s an area of subculture that has influenced me throughout my entire career,” explains Anthony. “Anyone who lives their life outside of the constructs of what is socially acceptable is nothing less than a hero in my eyes.”

With so many creatives to call upon, the exclusive performance provided the perfect platform to showcase a myriad of extraordinary talents “I have a lot of friends who are wonderfully alternative in all of their beautiful and individual ways, and I really wanted to present them to a wider audience,” adds Anthony. 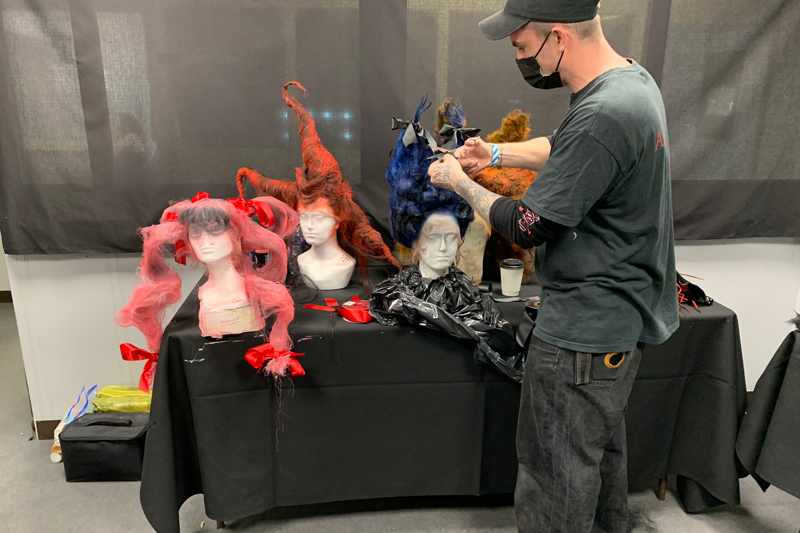 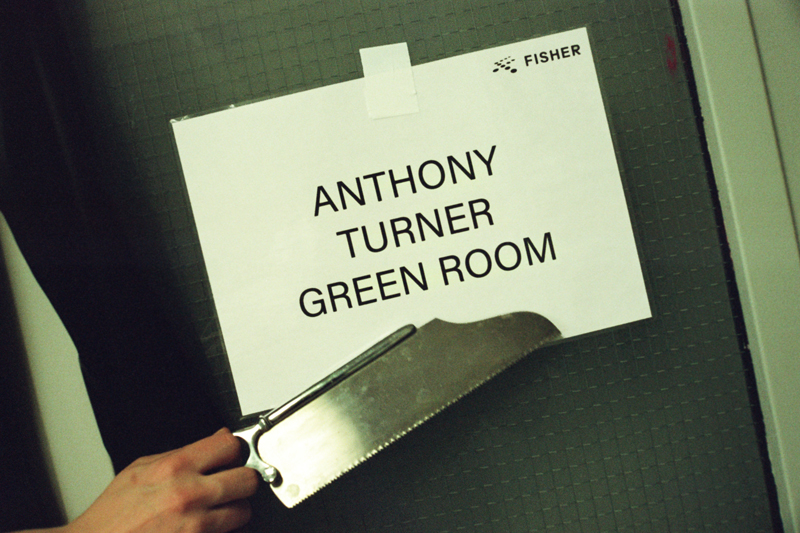 A fantastical, flamboyant nightmare of exaggerated forms, the performance with Mønster Queens was months in the making, involving endless hours of creative collaboration to bring the vision to life. What started as a series of sketches for each artist’s head piece soon evolved into a dark but delightful fairytale, featuring the most epic take on the antagonists and villains known in storytelling.

“It took around three weeks in my studio with my assistant to make all of the headpieces,”says Anthony. “The wolf mask was moulded over a fetish rubber dog mask with hairspray. It was probably the most enjoyable to do!” As a completely new experience, he confesses: “I really had no clue in the beginning how on earth I was going to do it. Once I got my head around it, it was SO much fun to do!”

With the aim being for each look to feel somewhat organic and homemade, the hair had to feel “fun and uplifting with a touch of spookiness, obviously!” Anthony wanted to create hair which was “larger than life, with crazy texture and crazy colours,” which came from actual spray paint!

Each of the looks were basically honed in to suit each character. To be honest, I let my friends have quite a bit of say about their head pieces. It was a collaborative effort, and such a fun one at that!Anthony Turner

During various Zoom calls, Anthony worked with the performers to finalise their looks and characteristics. “This was a collaborative effort,” he says. “For example,  the wolf eyes were Max’s (the artist behind the character) idea. They are so creative and it was a great way to make the eyes glow”. For ‘Charity Case’, the character wearing oversized pink pigtails, Anthony recalls the initial decision to craft a witch hat made out of hair. “I thought it was completely ridiculous but I loved it – so we went for it!” 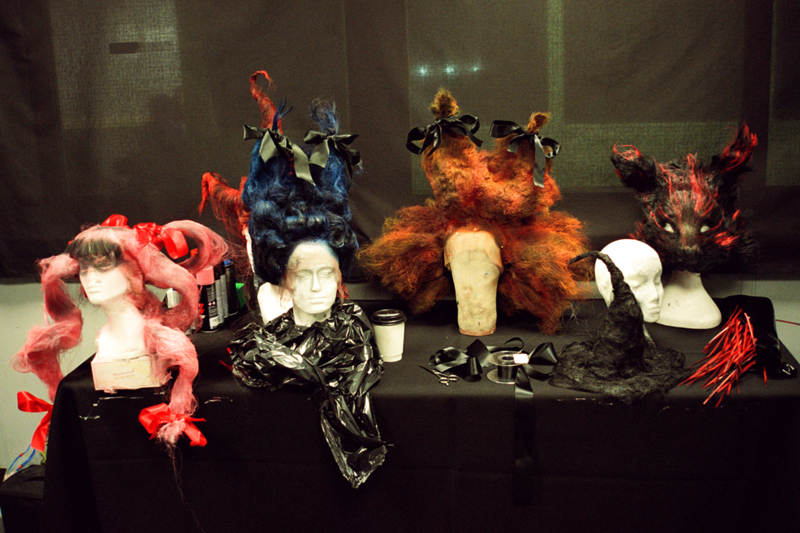 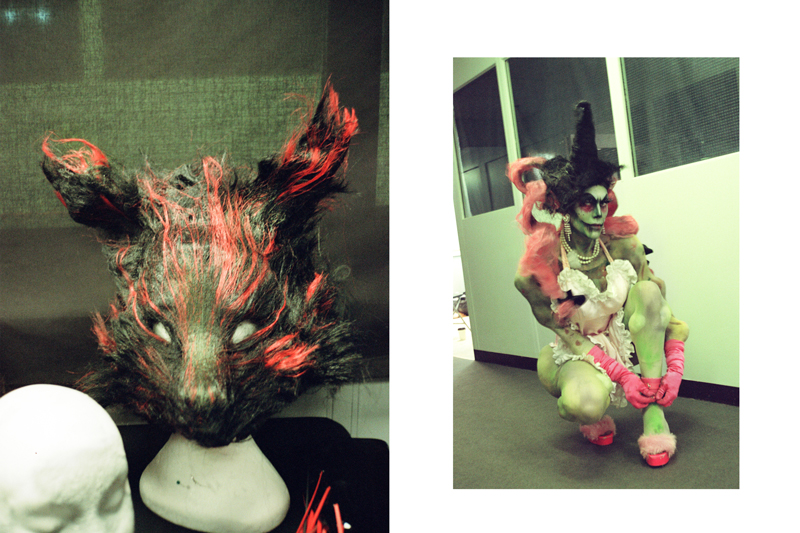 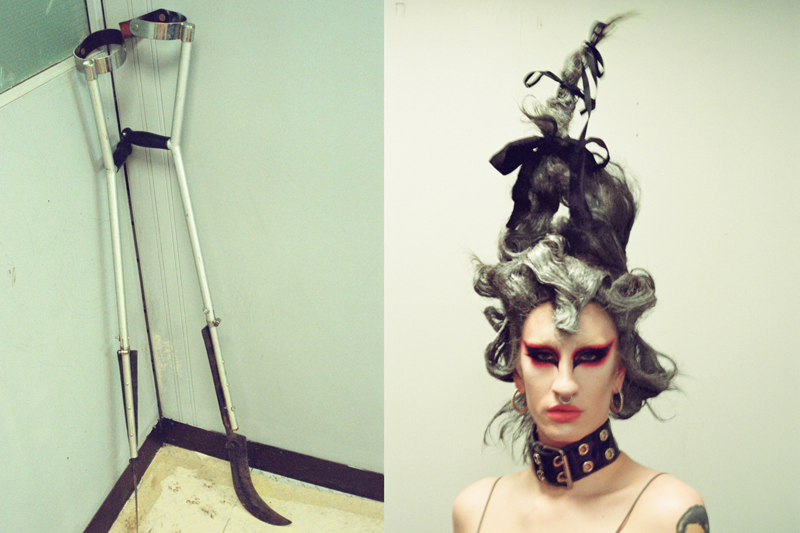 During the wig work, Anthony counted 26 cans of hairspray were used in total. “The majority of the shapes just kind of happened. I’d start with a general concept and base shape, and keep building and adding to it,” he recalls. “I enjoyed the mistakes and the strange processes that took place when spraying hairspray and moulding the hair and really not forcing anything – just letting the hair guide me in a way, which felt so liberating. Giving up control was so new for me!”

Mønster Queen is the club night that, pre-covid, they would all gather at. I thought it would be enlightening to bring them out of the dark and onto the Creative HEAD stage.Anthony Turner

“The prep on the day was kind of easy. We wig wrapped the hair, or for the performers with textured hair, braided that away,” explains Anthony. “The main bulk of work was getting the performers into  drag with the make-up, padding and the unveiling of the illusions they create. It’s fascinating and a real skill. I love them all so, so much – I’m completely transfixed by their talent,” he adds. 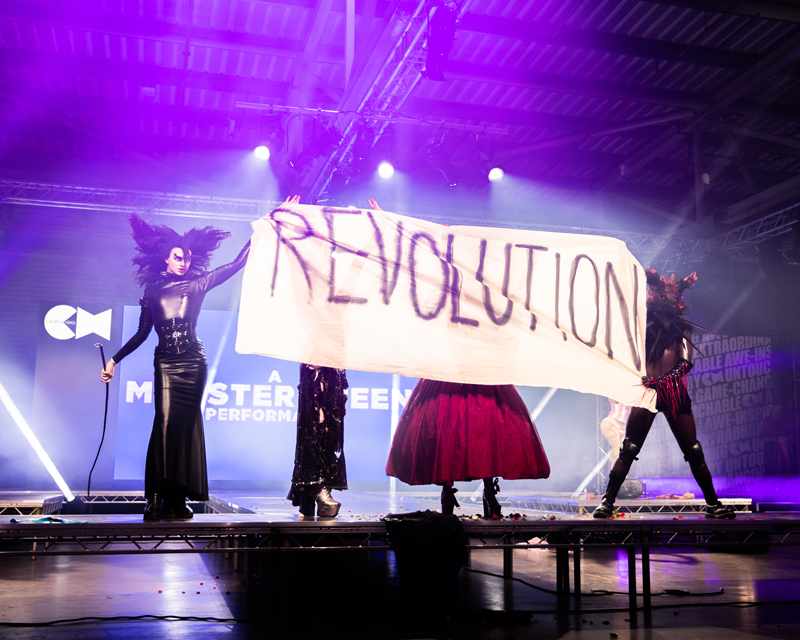 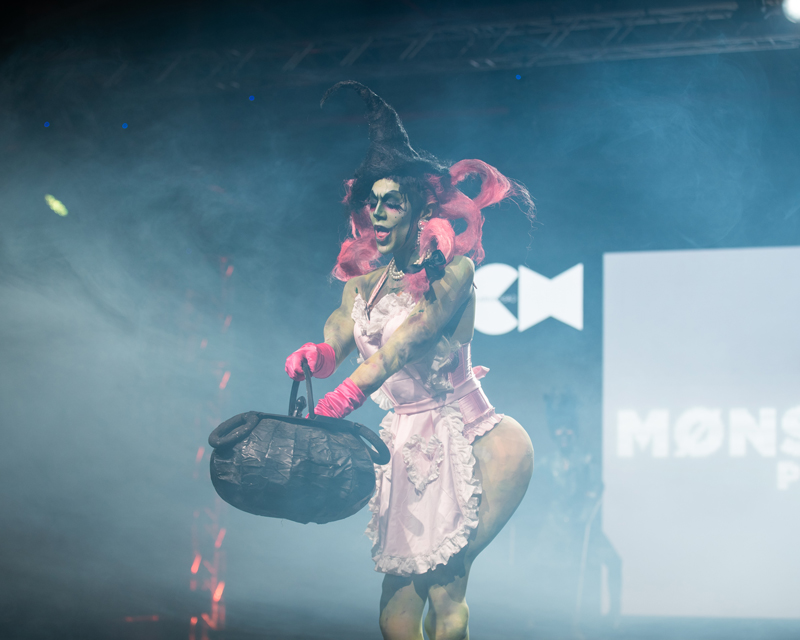 Speaking after the performance, Anthony said: “It was such a change for me to do something slightly camp and fun, and to create hair that didn’t take itself too seriously. I made a witch hat out of hair – if that’s not completely wonderfully silly, I don’t know what is!” 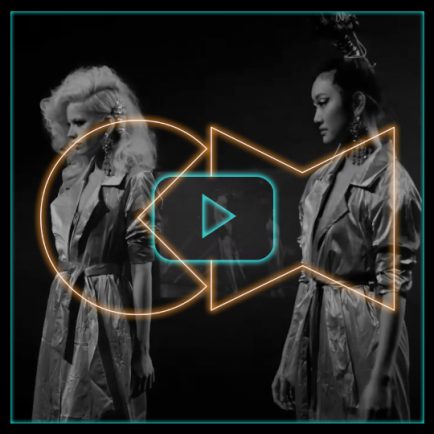