Barbers often don’t know how to handle Afro hair correctly. But we know a man who does… master barber Mark Maciver, better known as SliderCuts, tells us what we’re doing wrong, and how we should get it right!

I’ve been cutting hair professionally for more than eighteen years, and during that time, I’ve been blessed with a pretty impressive client list, which runs the gamut from basketball player Lebron James to world heavyweight champion boxer Anthony Joshua, TV presenter Reggie Yates and high-hitting UK rappers Stormzy and Tinie Tempah inbetween! With more than 140k followers on Instagram, I get to speak to a lot of stylists and barbers, and I’m passionate about barbering and Afro hair… unfortunately an area where some can get it so wrong! So, here are the main five mistakes I see made by barbers working on Afro hair… and how they can turn it all around!

1: You CAN see the hair growth’s direction

Many assume that afro hair grows in any and many directions, because it is super curly. Well, you’re not wrong. The degree of curl and texture of Afro hair differs from that of most European hair. With the latter, the hair is generally much straighter so you can more easily see the direction of growth. But, in fact, Afro hair does grow in a definite direction – and finding the direction is a crucial step. If you’re cutting it low, the direction of growth will become apparent. So, ensure that you’re careful when you’re taking the hair level down. You need to know and understand because with Afro hair, you should either be cutting directly with or against the grain for the best results.

2: You’re using too much force

Many feel that force will enable them to cut through Afro hair more easily. But don’t be fooled by the thickness or course look of Afro hair; this is far from the truth. Clippers are built with enough power to cut through all hair types and textures, and if you’re clipper doesn’t then you need to consider purchasing a better one. I’ve seen many men with deep scars on their heads because barbers have felt they’ve needed to push down hard to make the shape-up sharper.

But remember, you’re cutting hair; not skin – using force will either leave a scar or cause a headache. Many are of the illusion that afro hair is stuck together like glue, because of how curly some hair is. But you can be gentle and soft with Afro hair. Comb out the hair properly or use fingers to loosen hair if it’s knotted up.

3: You’re getting the hair length wrong

Clients will usually show me a haircut and say: “I want the same level as him”, whether it’s a number one, a two or a three. But using the same gauge won’t necessarily give you the same level or look. Afro hair comes in all curl types and conditions, from loose and wavy curls to tight coils. The tighter the curl, the lower your hair will look; the looser the curl, the longer your hair will look. To gain the same look and level, a number two won’t have the same effect on a person with a looser curl as it would on a person with a tighter curl. With the gauges, it’s vital to understand the look rather than the particular level, so you need to judge the hair texture correctly and look at the level they are trying to achieve more than the actual level itself.

Over the years, I’ve seen that the majority of clients with Afro hair simply cannot take the blade on their face. If they do, they break out in big spots with ingrowing hairs. And part of the reason is this: when you shave someone and cut their hair so close – almost beneath skin level – as Afro hair is so curly, it doesn’t just shoot straight out when it begins to grow back; it grows curly and can cause severe ingrown hairs. Afro hair doesn’t only grow curly, it also grows soft, which is another reason why ingrown hairs can be a constant issue as the hair can’t as easily or forcibly breakthrough the skin. That’s why shaving with a razor blade on black man is typically a no-no.

Often, when people see European hair being trimmed, it’s on wet hair with scissors and a comb. For Afro hair, this method is far from ideal. Some barbers who are used to cutting European hair with scissors will try to use the same ‘scissors and comb’ technique to fade Afro hair. BIG MISTAKE! It never comes out well and it can quite often leave patches missing in people’s hair. 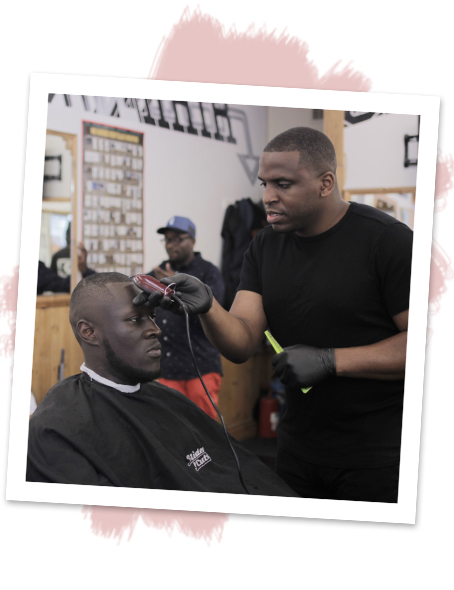 Follow Mark aka @SliderCuts on Instagram for updates on his afro barbering masterclasses, and for his legendary live chats about the barbering industry. If you have a spare half hour, you can also listen to a Creative HEAD podcast featuring a chat with Mark and his brother Peter, in which they discuss their respective career journeys with jaw-dropping anecdotes… alongside some hilarious sibling banter!

Keen to see more of Mark in action? Check out Artists in Session, where we gave him an open brief to create on set. 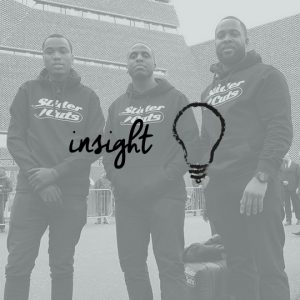 Mark Maciver aka Slider Cuts shares all about his first foray into Fashion Week, while working backstage at Burberry and Louis Vuitton 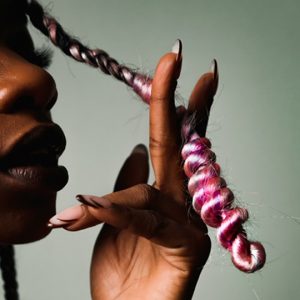 ‘Pretty in punk’ by Michelle Garande 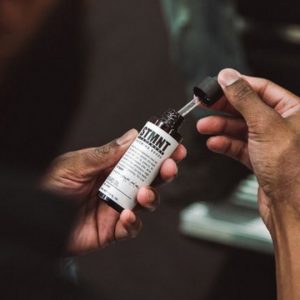 The STMNT GROOMING GOODS which cater to everyone