We never thought we’d see the day – is the bowl cut fringe back?

Years before the Pob or even the Rachel, there was the Purdy. For those who are too young to remember the 1970s and the hit TV show The New Avengers, the eponymous cut was worn by Joanna Lumley far before her days as the beehived Patsy in Ab Fab. Back then, it was the signature style of mod girls everywhere, with curled under ends and smooth finish. But until somehow the look fell out of favour, giving way to lower maintenance waves and softer cuts.

That was until Guido, and his penchant for reinventing models by taking the scissors to their hair backstage at New York Fashion Week. In 2015, he gave Peyton Knight a career-defining bowl cut before she took to the runway at Alexander Wang, catapulting her career and landing her gigs such as Gucci and Victoria Beckham.

Since then we’ve felt the influence of the bowl cut and its blunt shape. And now, at the A/W18 Shrimps show, Most Wanted Session Stylist Syd Hayes proved to us that the style has earned back its fashion stripes – by creating a troupe of models, each with a short crop and a bowl cut fringe one of three colours.

“The inspiration for the hair for Shrimps A/W18 was originally the novelist and playwright Gertrude Stein, who had very short hair,” Syd explains. “We then started talking about a book called Pony Kids by a photographer called Perry Ogden, which is based on Irish traveller kids in Ireland who all have amazing short, quirky haircuts.”

Syd and his team pre-prepped wigs in three colours – salt and pepper grey; black and a dirty blonde. They used the BaByliss PRO Super Motor Clipper to create solid blunt lines. “Imagine if your Mum used a bowl to provide the line around which to cut your hair,” Syd says. “There is a trend to using clippers and trimmers on haircuts because it creates a sharper line than you can achieve with scissors, and the BaByliss PRO Super Motor is ideal for their power and accuracy.”  To take weight out of the fringe then used a Super Motor Trimmer to break up the fringe by taking weight out.

But is this just a flight of fashion fancy, or are we going to be seeing clients in the salon feeling the pull of the pudding bowl? “We’ve definitely seen a trend over the last year of women being more confident and taking their hair shorter and shorter,” says Syd. “This could be down to the likes of supermodels like Cara Delevingne or actresses such as Scarlett Johansson. My advice is that if clients don’t have the confidence to cut it all off, try and work in a new short choppy fringe.”

The latest hair trends straight from the runway 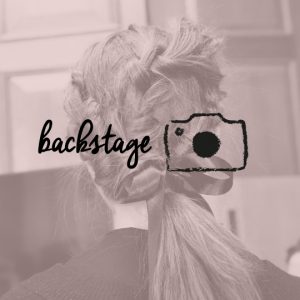 From ’20s finger waves to ’80s curls, let’s jump in the LFW time machine to see the looks from the AW18 runways 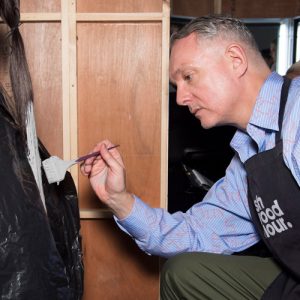 Bringing colour to life, ready for the runway