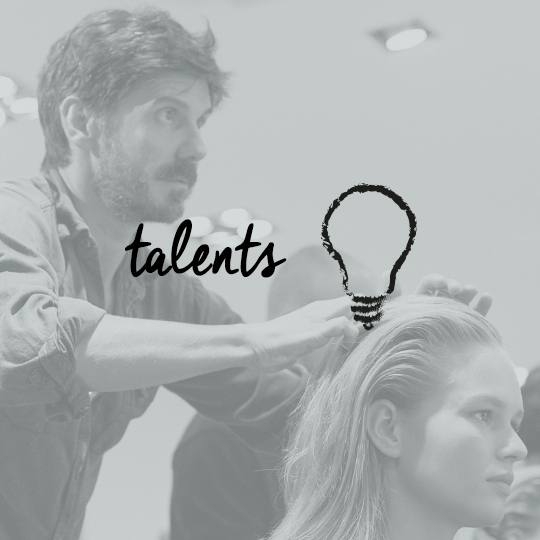 Guido: “I’m my own worst critic”

Guido Palau enjoys a rarified position in the hair world – global creative consultant for Redken; perhaps the busiest session stylist across shows in New York, London, Milan and Paris; and the go-to guy for art exhibitions (the exhibit ‘Punk: Chaos to Couture’ featured several of his headpieces). He also has two coffee table books of his work published, the most recent one, ‘Hair’, shot with fashion photographer and long time collaborator David Sims. Creative HEAD talked exclusively to Guido about his famed mastery of technique, his eye for detail and being sacked by Sassoon…

Your book, Hair, doesn’t show commercial hair – was that intentional?
When I was hairdressing in the salon I would look at Trevor Sorbie, Vidal Sassoon, Toni&Guy and Robert Lobetta, as well as the hair shows I was going to, and what was being produced at that time was often techniques from the ’50s and ’60s and not necessarily wearable. I wanted to show that in this book – it wasn’t about chipping out the layers or softening the outer shape of the hair – that’s very modern. I wanted to show technique. With this work I’m not concerned about what a woman might ask for in the salon or what an actor might want on the red carpet. There’s deliberately no reference to that kind of hair. Instead it’s what I like – the extreme. Hairdressers can look at this book and say: ‘I hate that, I hate that’, and that’s fine; I got a reaction and that’s the point. I would prefer they reacted to it than said: ‘Oh that’s okay, that’s alright…’

Some people say it looks like a gallery show, an art piece. It was intended to elevate hairdressing to a higher perception – not just what I’ve done but the whole way hair is looked at. So maybe a hairdresser will look at it and it will feel different to them.

Why is that?
I think other stylists understand – there’s something about being a hairdresser that I’ve always felt I’ve had to prove myself. When you were at school anyone could go into it because you didn’t need any qualifications, as if it were a job you fell into. I probably did just that as I didn’t perform well at school and I didn’t know what I was going to do, I just knew I wanted to do something artistic. So I thought ‘I’ll do hairdressing then…’ I didn’t want to do it in my home town because I was a bit embarrassed, I don’t know why. I applied to Vidal Sassoon and I got a job, and then I got sacked…

Do you ever think of what might have been if you hadn’t been sacked?
When I was at school I was the least likely to achieve anything. I didn’t have any great dreams. But Vidal Sassoon played a pivotal part – his legacy, his great cuts, his anarchic way with hair sits with me and I’ve taken that on. Maybe getting sacked by the salon at an early point in my career pushed me to achieve, because I’m not the most confident person. Even as I sit here now looking at my book I’m wondering, ‘Is this any good?’ I don’t really come into contact with hairdressers beyond my team, so I don’t really know how it will be perceived by other stylists.

You seem to be quite hard on yourself…
Yes, I critique everything all the time. It’s what has kept me going, helped me with my success, but it’s also a hindrance, because nothing is ever good enough. And unfortunately when you have that head, it goes into every aspect of your life. I feel very lucky to have reached where I have in my career. It’s great to do a job that challenges you and keeps you on your toes. Insecurity in your work isn’t a bad thing, being critical isn’t a bad thing. I’m my own worst critic – no one else can criticise me better than I can. W hatever anyone says about my work I tell myself I can do better…

You’ve been quoted as saying: “With one squirt of a water spray, my work is gone.” Was there an element of leaving a legacy, of capturing something permanent with this book?
Yes, it definitely has something to do with that. Fashion can be very disposable; you used to keep hold of images or magazines for years because there wasn’t so much information around. There were images that would lock into my memory, impress upon me, and I would obsess about them. There’s many more ways you can get information now.
To do a book is something that feels very solid, it’s something you can own and reference.

With your work on ‘Punk: From Chaos to Couture, are you moving in a direction where hair or headpieces are art?
I’ve been lucky to be invited to do different kinds of projects, taking what I’ve learnt in hair and translating it to different materials. It’s an extension of what I do. I love being creative. I’ve never been a hairdresser’s hairdresser – I don’t know what other hairdressers think of me and I think there are other hairdressers out there who are more in tune with what hairdressers relate to. I think I’m a bit left field. I could easily have been someone who worked another material to create; I could have gone in another direction and not been a hairdresser at all. I feel very lucky my work has given me that outlet.

What or who challenges you most?
I think I challenge myself the most. Marc Jacobs and Miuccia Prada challenge me – but every single designer I work for challenges me. And because hair doesn’t react in the same way every time it can be a challenge. You might think you have a formula but then it goes wrong and you’re think ‘Damn! This worked yesterday. This is a simple ponytail, why isn’t it working?’ It’s because you might be doing 30 ponytails and dealing with 30 different lengths of hair, so you may have to put extensions in; or perhaps the girls have straight hair and you need a messy look and your idea of getting that texture is different from the assistant’s. Anything can be challenging – and I think that’s why hair stays exciting.

Are you able to switch off?
I watch TV. I’ll get in from work and watch ‘The Real Housewives of Beverly Hills’ or QVC and just get lost in it. I don’t actually have much free time for a hobby. I started doing pottery, which I loved, but I didn’t have time to do it. I have a house in upstate New York that I go to at weekends when I can. It’s very quiet and relaxing but I’ll end up thinking of my job, of what I’m about to do. When you’ve reached a certain level in your career there are high expectations of you, to keep at that level you have to keep your own expectations very high. I think I’m naturally quite lazy, although people would never believe that of me. I’ve trained myself so that it’s not really there any more. I’ll always be worrying about something connected to work so it’s very difficult for me to switch off entirely.

Do you now consider yourself a New Yorker?
(Points to his Jets cap and laughs) I’ve lived in New York seven years, and I feel very connected with the city. I have felt the most at home there, which is a funny thing now I’m in my late 40s. People said it was a tough city, but I find London tough – it’s huge and very urban. Manhattan, where I live, is very small. I live four blocks from the studio where I work (which also houses photographer Steven Meisel), I get my coffee on the way to work and I don’t shift from studio to studio. Although I travel for shows, I try to make it as normal as possible. The gym, the bookstore, the restaurant – it’s all around the corner.

Is there anything you miss about the UK?
PG Tips! I’ll see a TV programme and they’ll show the countryside and I’ll think ‘Wow!’ There’s an essence of Englishness I miss. It’s not really the tea bags, it’s the people, the humour, the nuances. It’s really how my hairdressing developed – it has a very British sensibility. In the US in the ’50s and ’60s you had Marilyn Monroe and Jackie O, in the UK you had Sandie Shaw and Cilla Black. They are kitchen sink heroines and that’s more my aesthetic.

Over the years your assistants have included names such as Zoë Irwin and Sacha Mascolo-Tarbuck, who have gone on to huge success. How does that feel?
It’s a great sense of pride when you see people you’ve worked with achieve. I sometimes forget how old I am and how many people might have worked with me, even if only fleetingly! I always say that you might be a great hairdresser, but you need so many other ingredients. I try to teach people-skills – whether you’re working with the public from behind a chair, or with artistic people – it’s the most important part in life. The key is to be broad-minded, to step away from what you’re doing and see things objectively.

If young Guido, just sacked from Sassoon, could see what has become of his career, how do you think he’d react?
He’d be quite surprised! At 21, I didn’t really know my strengths – I felt I knew my weaknesses more. I met some people along the way who helped me to develop, and being kicked out of Sassoon was the start of that journey. I think I would be quite pleased with what I’ve achieved. I’m still that person – this interview is like therapy! There are critical moments in your career and you have to be aware of them. Being taken to New York by Calvin Klein, working with Prada, Avedon, Stephen Meisel and meeting David Sims for the first time (the photographer is Guido’s collaborator on this book). David and I battle, but he is still an inspiration to me. The first one, of course, was the video for George Michael’s ‘Freedom’; I never should have got that gig, I wasn’t good enough! But somehow I did get it and I did it, even though I was really nervous and could have easily mucked it up. It took me up to the next level. I think sometimes people can reach points in their careers and they think, ‘That’s it, that’s far enough’, that they can rule from that platform. I’ve never felt that… 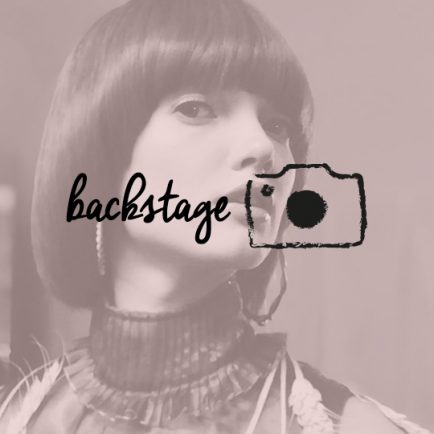 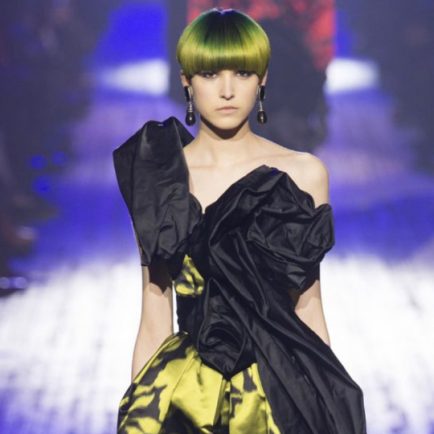