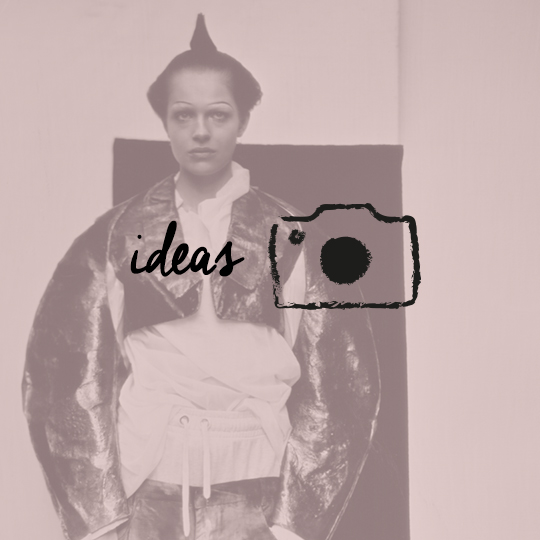 “As a Londoner I really value diversity, and living with and learning from people from all over the world inspired me to create these images. The members of the team that helped me in producing this shoot are all friends of mine and all from different backgrounds: Italian-Moroccan, Polish, English and Japanese. We wanted to reflect our diversity in the casting for this shoot, choosing different genders and nationalities to represent and celebrate our vibrant world.

“We hoped to explore conventional ideas of beauty by experimenting with contrasts and juxtapositions – the old world and new, the positive and negative image, and considering more fluid ideas around gender and culture.” 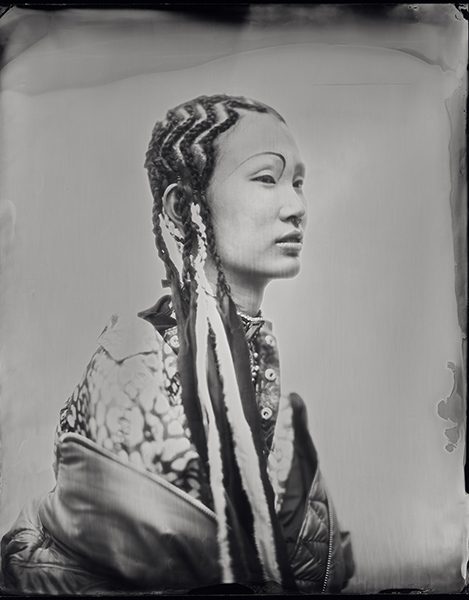 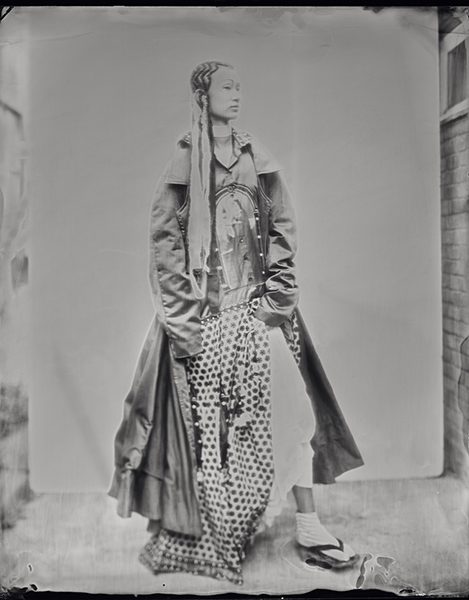 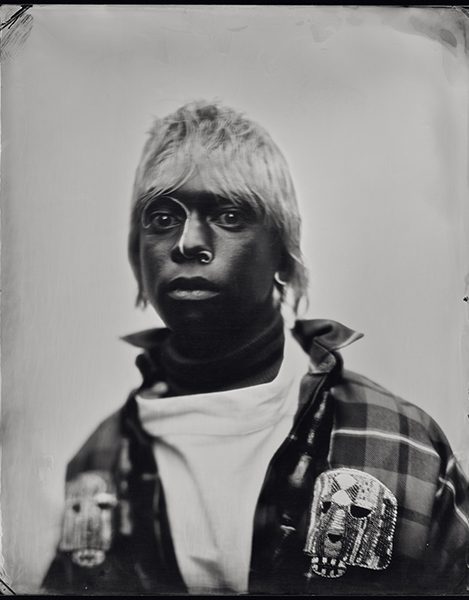 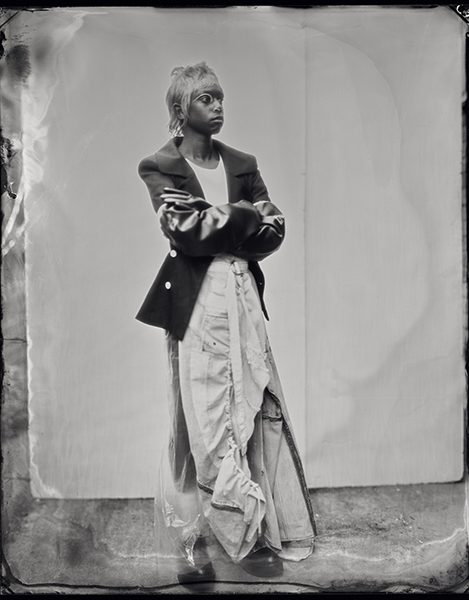 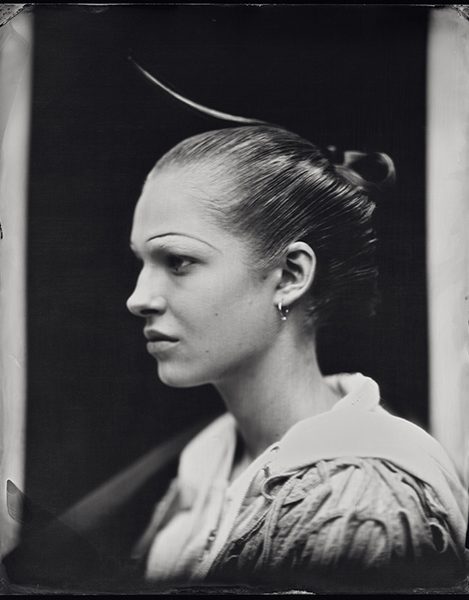 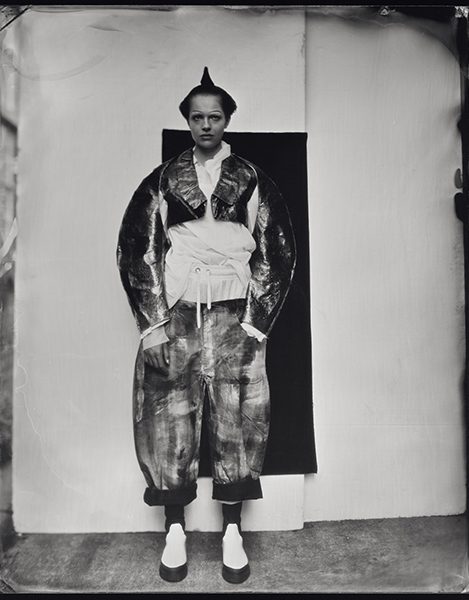 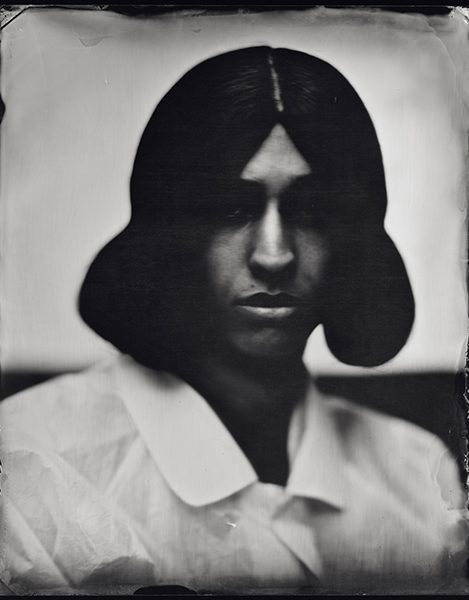 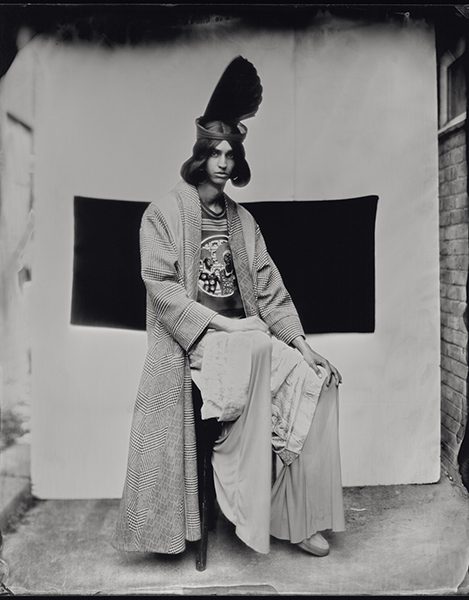 “Photographer Kasia Wozniak is a dear friend of mine and I absolutely love what she does with her photos. In this modern era, we don’t see enough use of old photographic techniques for practical and financial reasons. I was particularly interested in the quality of images produced using the wet plate collodion technique (believed to have been invented almost simultaneously by Frederick Scott Archer and Gustave Le Gray in the 19th century). There’s been a resurgence in using film, but I haven’t seen many wet plate images in fashion, so I asked her if she would be interested in shooting this.

“The clothes and the styling were curated by Karina Tanabe Jones. I really value what she sees and the way she likes to promote young designers that have recently graduated. As she would say, they still have that ‘raw edge of creativity.’

“The make up artist on the shoot was Ellie Tobin – another lovely person through and through, and a great professional to work with. She completely understands the vintage photographic process and was able to enhance the final image with a stroke of her brush, adding depth and meaning to the shot.

“My idea with the hair was to have fun learning about traditions and different cultures, while experimenting with new techniques. I’ve always been fascinated by ancient traditions in hair, beauty and fashion, throughout time and across cultures. Hairstyling, braiding, shaving and beard trimming carried significant cultural meaning for both women and men, and grooming practices were often part of cultural rites of passage and religious rituals.

“Styles, colours and shapes could also convey power or status within social groups, and the ancient Egyptians in particular considered their hair as a supreme form of self-art, which had endless possibilities.

“The idea behind our model selection was to experiment with juxtaposition.  For Emily, I wanted to recreate a sumo hairstyle – a traditional Japanese male hairstyle – on a western girl. I chose the sumo over the geisha, and researched sumo wrestlers and their hairdressers, the Tokoyamas, who train for 10 years before they are able to prepare the most elaborate topknots for the elite wrestlers.

“It was a really tricky one to do and this shot is my interpretation of the striking style. The hair needed to be waxed and pulled to an angle, then cut and styled into the knot, known as a ‘chomage’. I couldn’t cut Emily’s hair, so I left it in its most natural shape. Although I didn’t have all the tools and experience to recreate such a refined work of art as the Tokoyamas, I was pleased with the result.

“I wanted to give Mugaga a traditionally western haircut from the twentieth-century – a cross between a mod and a mullet – so I prepared a blonde wig, which I then cut into shape.

“Chen’s hair was inspired by the actress Felicia Snoop Pearson in the TV series The Wire. Pearson had this beautiful hairstyle and the idea of creating a zig-zag cornrow on Chen’s Asian hair appealed to me. I then twisted pieces of fabric into each braid to add a long, free-flowing finish.

“Aramish was our Arabian prince. His hair is an interpretation of both the cartoon character Aladdin’s hair and Jasmine’s – the first non-white and Arab princess in Disney’s history. Jasmine’s character is credited with introducing both racial and ethnic diversity to Disney’s animated fairly tale genre, and I wanted to celebrate that merging of styles and worlds.

“I take society’s concerns about cultural appropriation very seriously because of our history, but through the creative process of this diverse shoot, we hoped to invite cultural appreciation. The key thing the entire shoot team believe in is having access to information and the curiosity to learn about other cultures. I believe our understanding and empathy for others can be significantly supported by encouraging conversations and creativity, and calling out the policing of ideas, information sharing and artistic expression.” 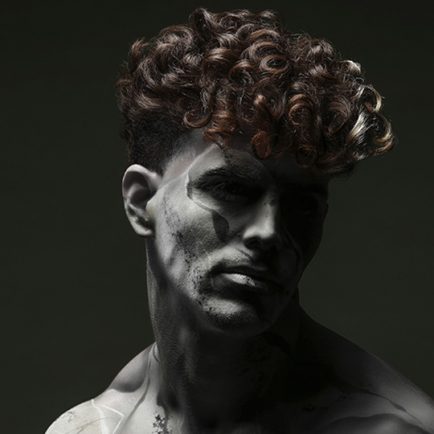 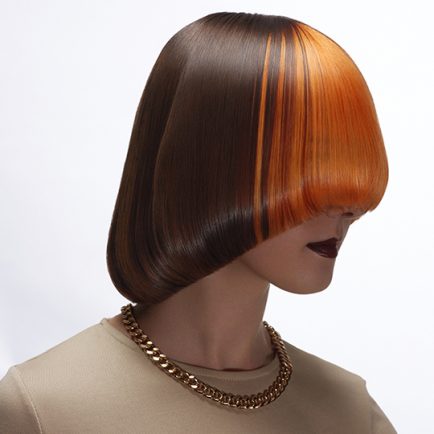 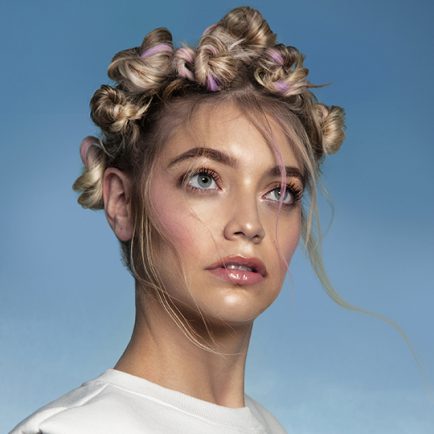 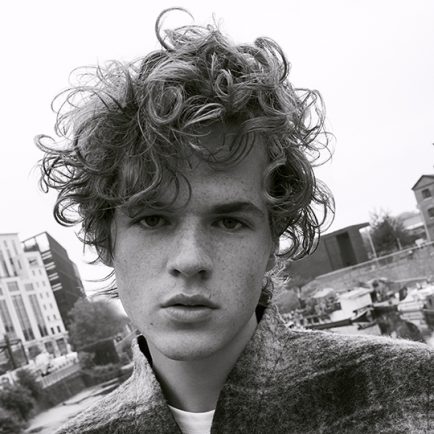 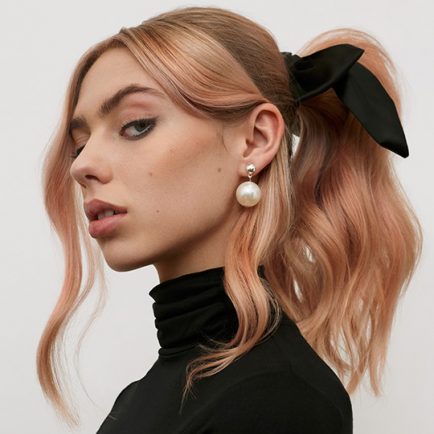 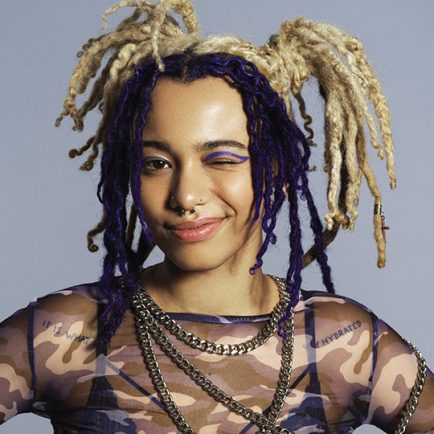