That person is our client, the one in the chair. When that person is sat in your chair they are the most important person in the world, or should be. Not simply just because we want them to be pleased with their haircut, book another appointment before leaving and recommend all their friends and family to us – not that all those things are unimportant – but because of the bond, relationship and trust we build over time and the loyalty between barber and client.

Being a barber holds unique privileges and opportunities like very few other occupations. When that client sits in your chair, even if it is for the first time, a huge personal space boundary is broken. If I was to come up to you and touch your face or neck now it would be weird and uncomfortable. However, if you are sat in my chair I am able to touch your face and neck without it being strange at all; most, in fact, find it relaxing and incredibly enjoyable. I mean why would they come back if they didn’t?

The levels of confidentially between barber and client is also an unspoken bonus of visiting your barber. It has been joked since long before I joined this industry that barbers and hairstylists are also psychiatrists and counsellors, whether we like it or not. People sit in the chair and tell us everything. I have one client that I have known for 16 years, since I started in hair. He told me about his first date with his now wife, I was the first to know he was going to propose to his wife, I even saw the engagement ring first. I was the first he told about both their kids before the 12-weeks scan, he told me top secret baby names. I was even told about the miscarriage his wife unfortunately had.

It is estimated that those in the hair industry listen for nearly 2,000 hours a year. Maybe we could do something really powerful with that time.

That level of intimacy between men is very rare, with few opportunities for men to open up in a safe non-clinical environment, or offload without judgement. Maybe our barber chairs could be an ideal location.

On September 10, World Suicide Prevention Day 2015, The Lions Barber Collective was officially announced to the world. It had started with a Facebook group comment just a couple of weeks before and had grown incredibly quickly.

The original idea was to gather a group of top barbers and create a collection of haircut images in the form of a look book. This book would be then sold to raise funds for charity. But which charity would that be?

The barbers in the group hit me with charity after charity – all very worthy but nothing I hadn’t heard before. Then one barber, Paul Mac of Ireland, said, “How about suicide prevention?”

Then it hit me.

About 12 months earlier I had lost a very old friend to suicide.

I had seen him just days before.

He jumped from the top of a carpark. I never really knew there was anything wrong. It made me think, if I have gone through this and lost a friend, yet knew of no suicide or mental health charities, then there must be an abundance of people out there who are suffering and have no clue these resources exist.

In those moments I had shared with him on my lunch break, I had no idea that anything was going on. We had pleasant, run-of-the-mill small talk, which ended in us going our separate ways. I had no inkling that would be the last time I saw him.

Even if I had the knowledge or intuition to notice something was wrong, would I have asked him?

Would I have avoided any direct questions for fear of the answers?

What would have happened if Id asked him, “Are you suicidal? Do you have a plan?” and he had replied, “Yes!”. Then what would I have done?

When I said at the wake to a group our friends, “We must do something for him, something has to change.”

Never did I imagine it would manifest itself in this form. But at that moment a fire was lit under me that has driven me and led to The Lions Barber Collective growing and evolving more than I ever could have hoped.

In the past two years, I have managed to gain the support of so many people who have made this growth possible, and I believe together we are stronger, like a pride of lions. We started 2018 by achieving charity status of our own and this will mean we will go on hopefully to create a bridge between the communities that barbers serve and the resources that already exist, whether clinical or not.

Our two goals as a charity are firstly to raise awareness for mental wellbeing and suicide prevention, which we like to achieve by being at industry events, through social and traditional media, and by letting barbers know how privileged they are and what an impact they can make on their clients.

The second of our missions is to educate barbers. Hopefully we can do this with our BarberTalk Lite and upcoming BarberTalk programs. These will at the very least provide barbers with some awareness and knowledge, but we also hope to arm them with the ability to Recognise the signs, Talk to the client and not avoid direct questions, Listen with empathy and no judgement and then Signpost to the existing resources.

It is not about making barbers into counsellors, it is more about befriending our clients, looking out for them and being a good listener. Offloading our problems can do wonders for our mental health, and because of the pride growing in numbers we now have a wonderful support group within the industry for barbers also.

But can a barber really save a life?

A longtime friend of mine, Paul, sat in my chair, he told me how he felt, how down he was and how he was struggling.

He tells me that I put a positive spin on things. It was pretty early on into The Lions Barber Collective but I was unaware of how bad he really was. In my eyes, I had always seen him as successful and a phenomenally driven character. It was much worse than I thought. I spoke to him about The Lions and what we were doing and how we encouraged people to tell others how they were feeling to try and avoid suicide.

Paul drove to a cliff face, ready to take his life, ready to jump and end it all.

He is still with us.

He told me that when he was up there he thought about what we were doing and it encouraged him to drive back to his parents and tell them everything. That started his road to recovery, that is why he is still with us. He has publicly before and will tell you again that if it wasn’t for The Lions Barber Collective he wouldn’t be here. I would have lost another friend.

Now I believe we need to stop worrying about labelling mental health conditions and start worrying about the human condition. We all need to love and be loved and to belong. I believe that everyone reading this has had that feeling of needing to escape, like they can’t go on. Not necessarily suicide, but it’s all too much and we want to hide from it all. It is in all of us.

Let’s look after one another and provide as many opportunities as we can to do so.

Starting with the barber chair. 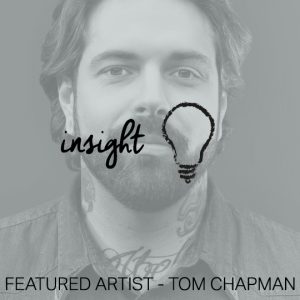 All you need to know about Tom Chapman 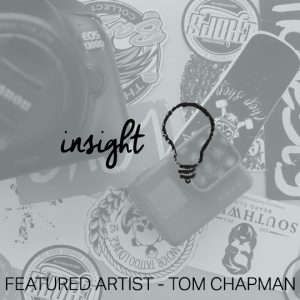 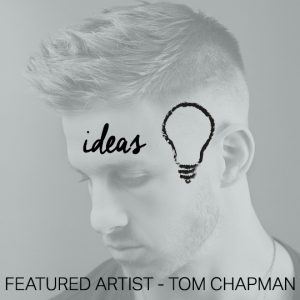 In praise of gel