It doesn’t get much bigger than this. Redken’s Guido Palau and Josh Wood, each stratospheric stars in their own right, together on stage for one night at The Coterie. And what a night it was…

Having risen through the ranks on two separate sides of the session world, one thing each of Redken’s creative powerhouses aren’t short on is stories.  From their career foundations to backstage escapades, the pair delighted a 250-strong crowd at London’s The Yard Studios with an insightful, intimate and irreverent look at life at the forefront of our industry.

Providing a unique glimpse into both their creative processes and personal journeys, Guido and Josh walked their friend, acclaimed beauty journalist and creative director at Seen Group Nicola Moulton through key moments in their individual (and shared) hair histories.

Punctuated with personal anecdotes and behind the scenes snapshots of momentous fashion show looks, the audience was enraptured by star-studded stories and candid admissions; who would have thought that Josh (now one of the biggest names in his field) had tried so hard to pursue styling, that it took a tangle-filled blow dry on location for Ray Allington to firmly steer him towards a colour-only path?!

Guido and Josh’s humour and down to earth nature also shone through, with quips about Guido’s Instagram dependency (“I’ve had to delete it from my phone as I’d be sat there on the day of a show, just stuck scrolling in the bathroom!”) and Josh’s catwalk colouring catastrophes (“I could NOT get pistachio green to work and so when the designer asked for the look during run through… I had to tell them it was in the bin.”) peppering the conversation.

In a reflective moment, Guido also confessed that he actually feels more nervous ahead of shows and shoots now as an established name than he did when starting out. “It’s my insecurity because I feel there is so much expectation of me,” he explained. “I over-plan… I’ve got things all worked out in my head so it does not go wrong.  (I think to myself) ‘I’ve got a responsibility to produce it well because this magazine has given me an opportunity.’

“Even though I’ve got to a stage where I’ve done some amazing stuff and I’m well known, with that there is the (weight of) expectation and I put a lot of pressure on myself as well,” he added.

Josh admitted that Guido’s ascent provided him with inspiration and the drive to take colour to the same heights within the session field. “As a colourist, I’ve worked in basements for 18 years – I didn’t see sunlight,” he joked. “I wanted to take colour out of the basement. I wanted to be like Guido, to be recognised as an expert in a creative way… I felt that if you worked really hard and challenged yourself, there was no reason why colour couldn’t have equal status.”

“I can’t do what Guido does all the time though,” Josh continued, “the job just doesn’t exist. I have to keep a balance between editorial fashion and the salon.” Fiercely proud of his salon roots, Josh told the audience that when he first embraced life as a colourist, he realised he’d found his place. “I felt like I belonged in a salon, in that community… and now owning a salon, I know how vital a colour business is to the health of the business as a whole.”

In contrast, Guido affirmed that his happy place is definitely backstage. “When I was in the salon, I didn’t really feel right, it was only when I went on my first shoot that was where I felt at home, felt very comfortable in that environment,” he said. “You have to go where you feel right and that felt very comfortable working with other creative people.  When I discovered that, it was when I found hairdressing to be really exciting.”

As well as a love for hair and the boundless creativity hairdressing affords, both Guido and Josh explained that it’s the people, characters and challenges behind the craft that fuel their passion.

“If you are going to do what I can do you have to be interested in style, in people, in women,” Guido told the audience. “I know there are people who are better technical hairdressers than I am, but I think what I do have is an understanding of style, of people, so that is where I found my talent is so I focused on it.”

“To do my best work I have to get into the character of the girl herself,” he added. “I tell my assistants that they have to look at the girl, they can’t just do hair and not look at the girl’s face… I try to challenge my perception of beauty all the time, and it requires a level of trust with models because they know I’m not necessarily going to make them look traditionally beautiful! (I experiment) to push myself, to further my aesthetic and to challenge people looking at it.”

“Guido’s eye is incredibly astute and attuned to colour, which is unusual,” said Josh. “When you’re trying to create a shape, to think of colour too could tip you over the edge. I have to make it as easy as possible. But when I’m in a show, I’m also tuning into that character,” he agreed. “I think in colour. I know there’s a way I can dial up or dial down that character for the salon client (and) to be honest, the more interesting a colour image the client ends up bringing in, the more discussion it opens up.”

“I’m a little bit over the no-hair thing that’s happening at the moment,” Guido admitted. “Hair can be more problematic when it’s natural, something very technical is easier to carry out as there’s only one way to do it… What has been great over the last two years is that there has been more inclusion of all kinds of beauty,” he added. “Previously, people felt they were not included in that world. I remember there was a time when I didn’t really do black hair – there was only really Naomi Campbell among the top girls – but now it’s different. I did a show for Mui Mui and 70 per cent of the girls were black and it was a really amazing casting.  We are now being challenged how to work with different textures and create and incorporate style into that – it’s a great thing. Hopefully now it will keep being inclusive.”

“Styling has been more recessive in the past few seasons, and it’s given us a chance to bring colour forward,” Josh admitted, “but we need to be ahead of the curve. There are other things we can do other than bleach the hair and put a pastel on it… Technique is what’s driving the hair, and in particular, the colour world right now. Maybe in this industry, technique is what we will end up left with – what we can do with our hands sets us apart.”

Open to members and non-members, The Coterie is Creative HEAD’s networking club for hair and fashion professionals. Find out more > 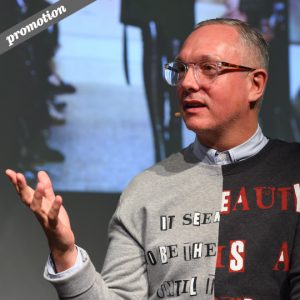 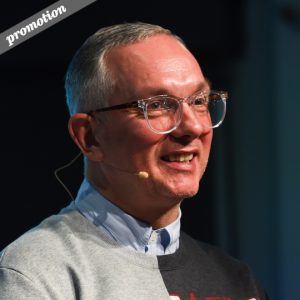 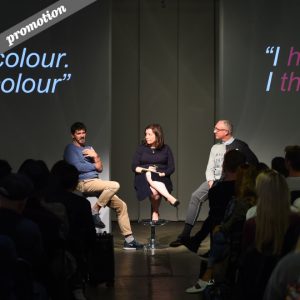