Inside the mind of Richard Phillipart

No lockdown could stop us – Sunday 27 September saw the very first digital Salon Smart event, a full day of thought-provoking, teambuilding, business-boosting ideas for your salon… and it took place in viewers’ very own homes! Here’s a little taste… 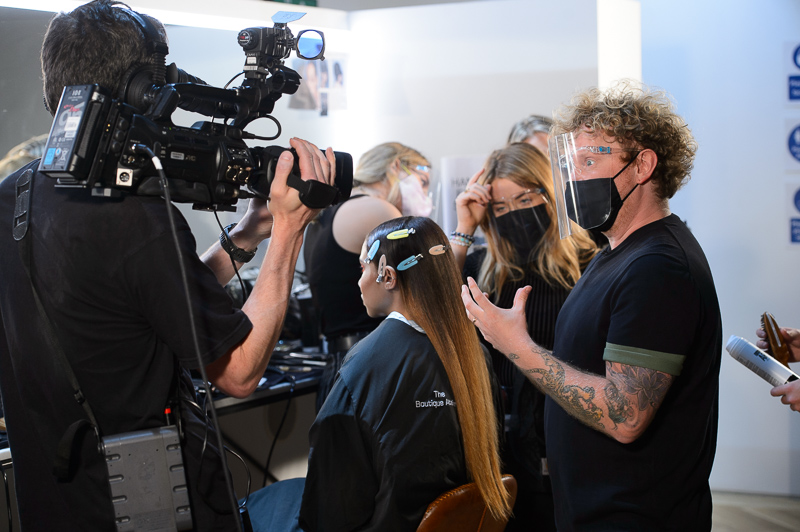 Salon owner, fashion fanatic and editorial ace… Richard Phillipart has so many strings to his bow that it’s little wonder he’s become the success his has. A storyteller who tells tales and creates intricate characters in such an interesting and layered way, Richard was a fitting end to a game-changing Salon Smart event.

“Everyone should be able to dress and manipulate all hair types, to take the time to learn. With so many resources available, there’s literally no excuse.”

With the help of his core fashion week team – featuring Matthew Sutcliffe, Jordanna Cobella, Lauren Bell, Bailey Humphreys and Jennifer Linton – Richard kicked off his finale segment by recreating a backstage vibe with three of his favourite recent editorial creations, and showcasing how session techniques and processes can be utilised in the salon to stand out. “They’re different styles from different projects, as versatile as the work you do in salons,” he explained. “You need to be prepared to work with all hair textures and lengths.” 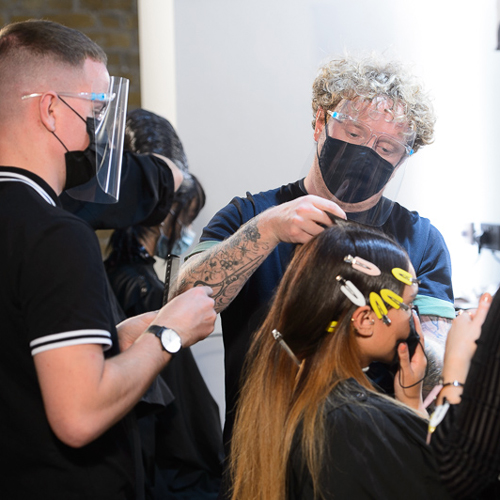 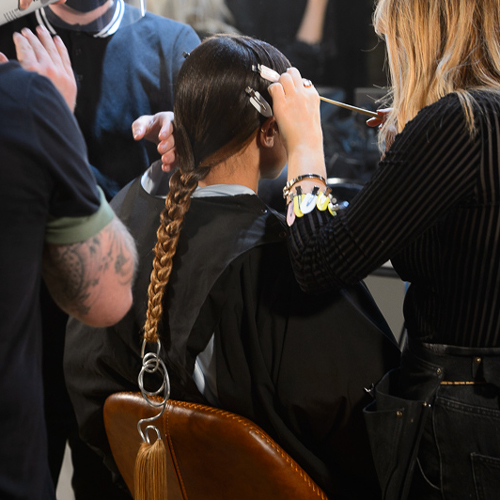 The precise plait and hair jewellery from Richard Malone’s S/S20 show was also the inspiration for an exclusive collection he shot for our very own January 2020 issue.

“If there’s anything offered in your salon, you should be able to do it… if they leave, they take that revenue with them.”

He showcased tips and tricks on how to elevate your usual hair up styling to that pin-perfect editorial level. Next up it was a celebration of natural texture, taken to new heights – and shapes – from his very first solo Vogue UK editorial titled ‘Please Don’t Touch My Hair.’ “Everyone should be able to dress and manipulate all hair types, to take the time to learn. With so many resources available, there’s literally no excuse,” he insists. The show-stopping final look was the gel-slicked futuristic beehive from the Jack Irving A/W On|Off show, where Richard worked through two weeks of fabulous 1950s wigs before settling on the final style. 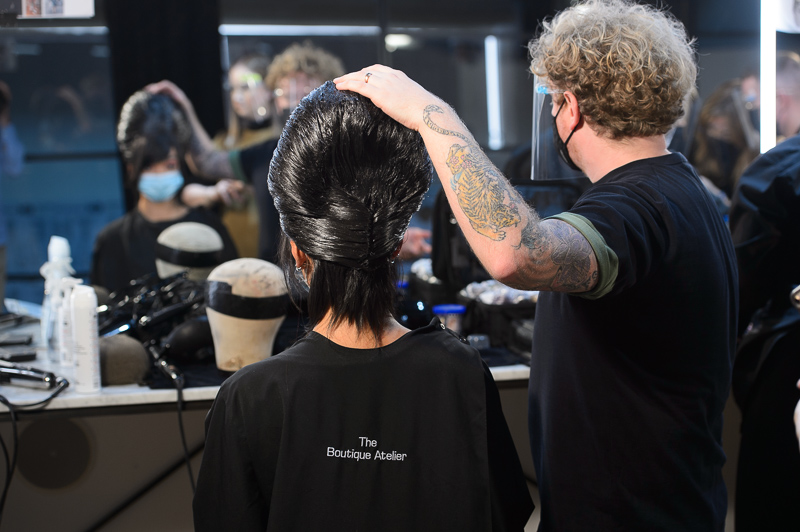 Fashion took a backseat for the second half of the session, as Creative HEAD editor Amanda Nottage quizzed him on some of the highs and lows of his illustrious career since he first started sweeping floors at 13 years of age. Despite three expansions and entirely different vibes for each of the venues, his salon, The Boutique Atelier, remains true to his original vision. “I wanted to create a space that I wanted to work in, somewhere to be creative. It’s still honest to that vision, but the client experience has become much more important and built more into the business model,” he concedes. 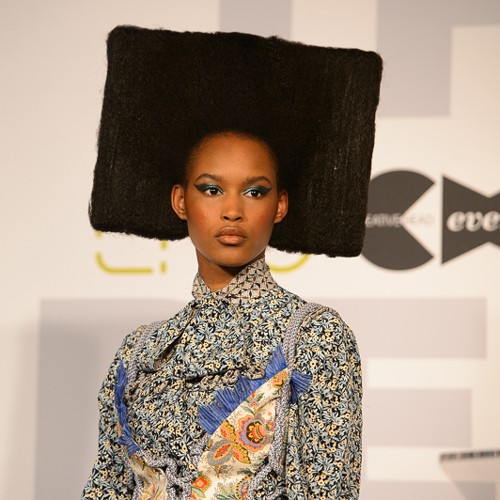 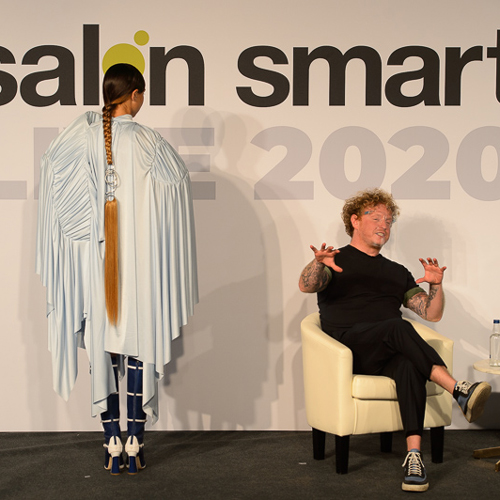 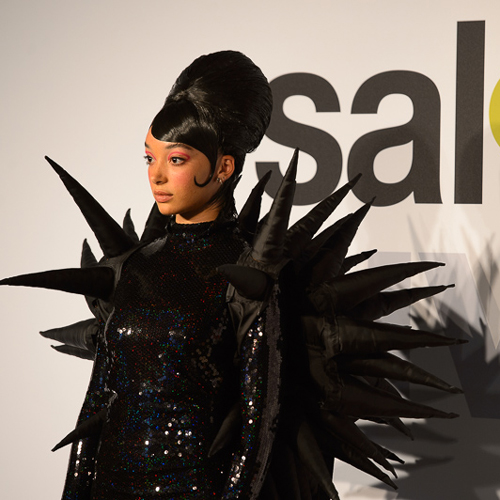 “I want to continually grow the team, and the level of the shows we’re doing until we’re moving internationally and working on the world stage”

Richard’s passion for education is as evident as ever, with courses lined up for both himself and his team, from updated cutting at Sassoon to courses in fashion and modern art history to better understand and conceptualise looks with designers. “If there’s anything offered in your salon, you should be able to do it,” he says. “Because if they leave, they take that revenue with them.” He took the time to urge viewers to take advantage of the new apprenticeship incentives, and revealed a simple method to help him attract apprentices year-round. 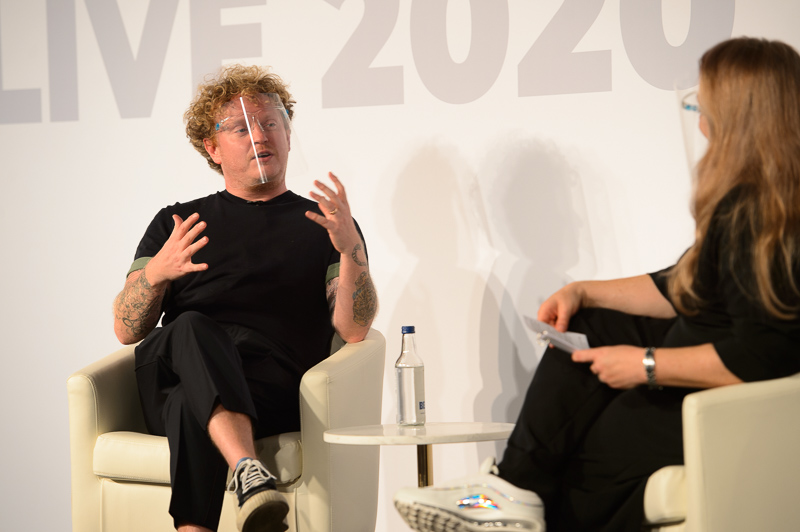 While the future of fashion feels uncertain, one thing which remains near-guaranteed is Richard’s determination to flourish where fashion does. So what lies ahead for him and his team? Nothing short of world domination, naturally. “I want to continually grow the team, and the level of the shows we’re doing until we’re moving internationally and working on the world stage,” he admits. “If you give all of your energy and passion to your team, they want to give that support back to you.” 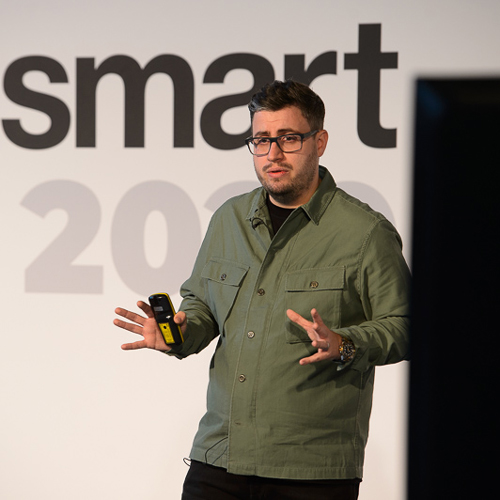 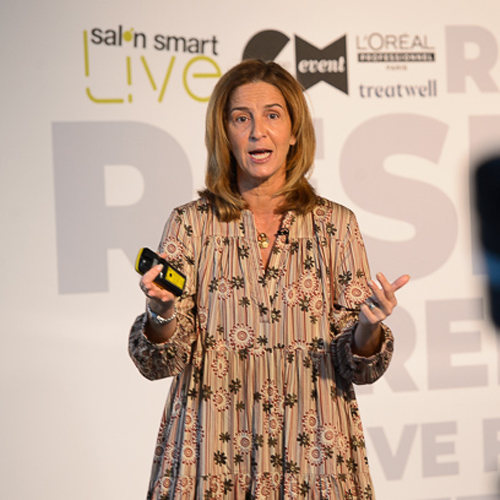 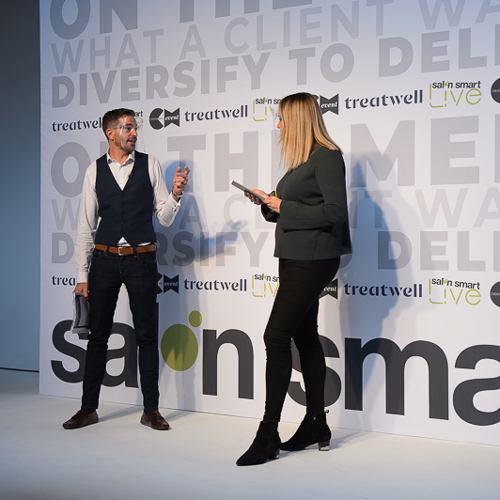 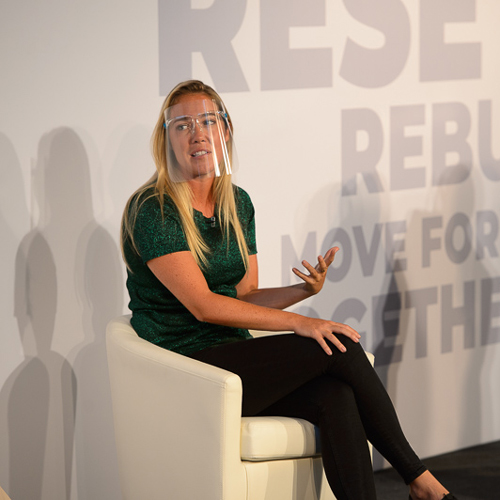 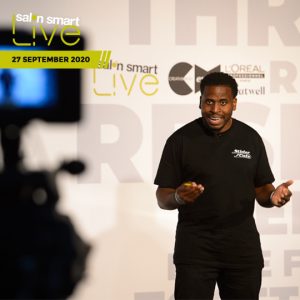 Notepad at the ready 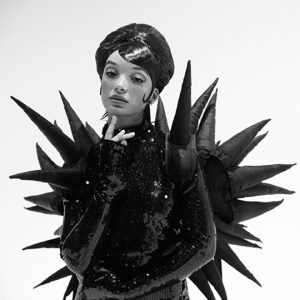 Behind the scenes with Richard Phillipart at Salon Smart Live

Richard revisits a terrific trio from his back catalogue 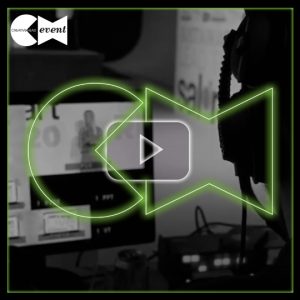 Live[stream] and direct – business-boosting content ready when you are

Hundreds tuned in to watch Salon Smart Live. Want a piece of the action?