On Tuesday 5 May, Creative HEAD took to Instagram to discuss the impact of the lockdown on both the public and society’s approach to men’s hair – will longer styles nurtured in lockdown become more mainstream, or will there be a stampede to barbershops? On hosting duties was Alison Rowley, Creative HEAD’s digital editor…

There’s certainly a lockdown look being sported by plenty of guys around the UK (heavier beard? Check! Longer lengths? Check!), but what will the long-term impact of this shut in be on men’s hair trends and barbering in general? We turned to John Vial, Hayden Cassidy, Mark Maciver and 2019 Most Wanted Male Grooming Specialist Darren Fowler to hammer it out – you can find the full interview on IGTV.

First up was John Vial, co-founder of Salon Sloane and a regular backstage at London Fashion Week Men’s, where most recently the Revlon Professional Global Influencer styled Charles Jeffrey Loverboy AW20 show. He discussed how with social media, trends are not what they once were, with everything moving so quickly. While not a barber, he talked about how part of his job is to identify gaps in the market and where he sees movements rather than trends happening. 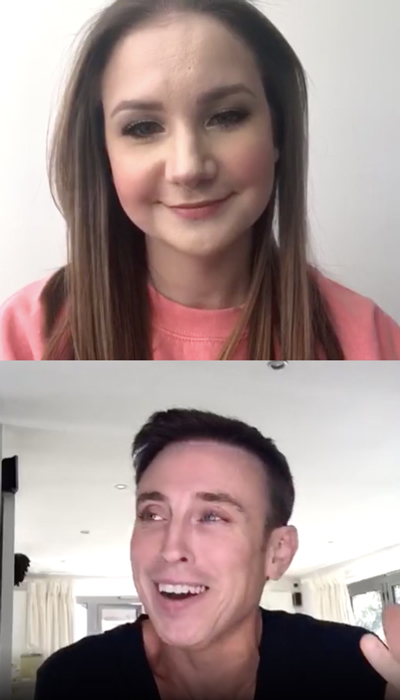 He identified two types of men: the heterosexual and the metrosexual. “During this lockdown, which is having an economic and social impact on the world, what I think we’ll see is the heterosexual turning to their partner and saying: ‘let’s try cutting it. If it doesn’t work, I’ll just clipper it off.’ Then you’ll have the metrosexual man who’ll say: ‘I’m very aware of my appearance, I’m not letting anyone else cut my hair’. He’ll have lots of products, and in a period of eight or nine weeks, he’s gone through the pain of growing it and he’s not going to go back to the fade. So organically I think we’re going to see a very big shift in a big percentage of men’s hair. It’s not been in vogue for men to have long hair since the ‘90s, and we are definitely moving towards that.”

He added that it’s going to be an interesting time for classic barbers, who are likely to see a big difference in their business. Also looking back, he discussed how he’d seen looks at menswear shows influencing women’s hair trends, referencing specifically the glitter hair he did at Christopher Shannon. 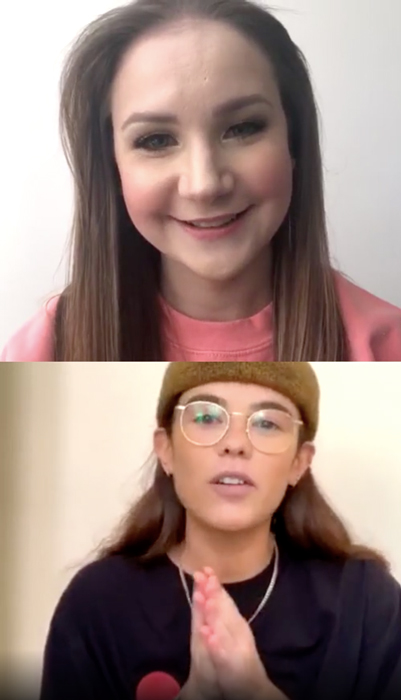 Hayden Cassidy, a rising barber talent with a chair at Ruffians, then joined Alison to discuss client behaviour during lockdown. She talked about how celebrities talking the clippers to their own heads had influenced about 10% of her clients to give themselves a buzz cut (“At least that will grow back evenly,” she smiled”. She’s used her social media to share styling tips with clients and product recommendations to help them cope with their shut-in length.

“With my clients, I was trying to say: ‘You might not have your perfect fade or crop, but you can use this time to experiment.’ At lot of clients will come in with the same hair cut for 10 years and when you ask them if they’ve though about changing, 50% will say yes, I’d love to change I just don’t know what to do.’ You build up this trust with clients, so I’ve used this time to say to experiment, to give them so help at this time.”

She talked about the importance of consultation with clients at modern barbers like Ruffians, and because they are already armed with their tailored products and routines, they’re more likely to wait out the lockdown. “Maybe barber shops that haven’t taken the time to do that kind of consultation will see more clients doing home hair cuts,” she wondered.

Next up was Mark Maciver, AKA Slidercuts, the man whom Stormzy and Anthony Joshua trust to shape up their edges, and who’s built a buzz and community on-and-offline around his East London barbershop. “People have been acting like it’s the end of the world that they can’t get a cut, bothering my phone,” admitted a smiling Mark. “My brother asked me for a cut, and I was: ‘Nope!’. I’m not cutting hair.”

Having shared cut tutorials on his social media, he admitted he gets the desire to stay groomed. “A hair cut makes you feel good, so I would understand why someone would do it, to feel good,” he said. 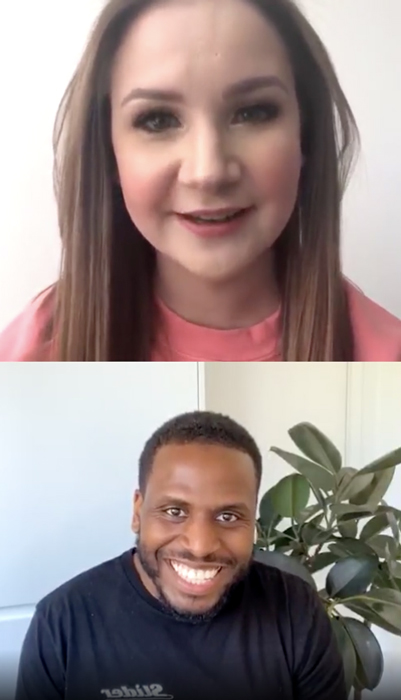 Looking to the end of lockdown, he said he knew the conversations that he’d be having with many: ‘Give me what you normally give me… just make it longer!’. He added: “But there will be others who will be: ‘Just. Cut. It! Just fix it.’”

Mark shared a simple yet effective method to reassure clients in the future about the cleanliness of clippers being used: “We all know you’re meant to clean your clippers after every client, and I’ve seen plenty of barbers who don’t. I always clean my clippers BEFORE every hair cut, because that way the client sees it. If you do it afterwards, they have to take your word for it. But I always do it while they’re in the chair.”

He discussed ideas he was considering – such as rotating the barbers to create more space, removing a chair or two, the deeper clean – before reopening. “People are going to be more conscious about it themselves, and beauty barbers and salons are such close knit spaces, they’re using their tools on you and someone else. There will be a worry about it,” he admitted.

Finally joining was the 2019 Most Wanted Male Grooming Specialist and founder of Fowler35, Darren Fowler, who started with the positives. “People are appreciating again how great hair does make them feel,” he smiled. “The psychology of it is quite interesting. I’ve done a few pieces with national press, where they’ve asked me ‘how should people cut their hair?’ and I’ve said: ‘They shouldn’t!’. I’ve seen some guys walking around with some dodgy shelves…”

On a serious note he added: “A lot of people are feeling insecurities and dealing with stuff right now, and having your hair not right does add to that. And that’s what we’ve been talking to a lot of our guys about.”

He agreed that the lockdown will be the opportunity for some to experiment. “That grow out period that people can’t go through mentally because they’re at work and they need to look sharp, or they have an event coming up… they haven’t got that and they are actually growing it out,” he explained. “With guys’ hair it tends to grow sideways or out from those corners, and they’ve probably already gone through that so that actually when they come back in there will be room for manoeuvre, to try out something longer. But I guarantee there will be those who cannot wait to get that fade back in!” 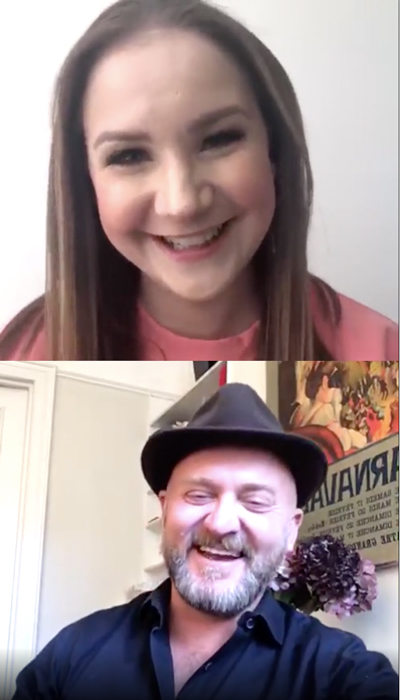 He advised barbershop and salon owners to look at writing a new client journey, ensuring they have a risk assessment, and that they get staff together for a rebranding and training day (and exercise he’s already started on Zoom). He also stressed how we need talk to clients a lot better, especially concerning the steps being taken to keep the salon clean and safe.

“It’s not actually just what we’re doing, it’s communicating what we’re doing, and we need to be doing it from now not only for clients but also for the team,” he said. “Everyone coming out of this around the world who I’ve spoken to have said it’s stressful, some are doing 25% of the business they were before, so we need to make sure everyone feels secure, that when they leave their house that we are worth travelling to and worth taking that kind of effort. Even if people don’t mind coming into the salon, the journey to get there could be the issue.” 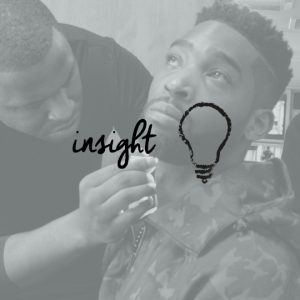 …and what you should do differently!

The Coterie debates hair and the moving image

So video is the future, right? 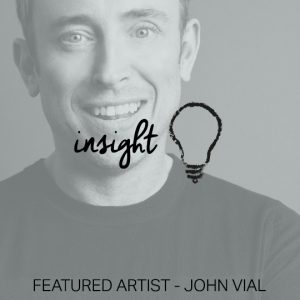 All you need to know, in 10 easy questions!