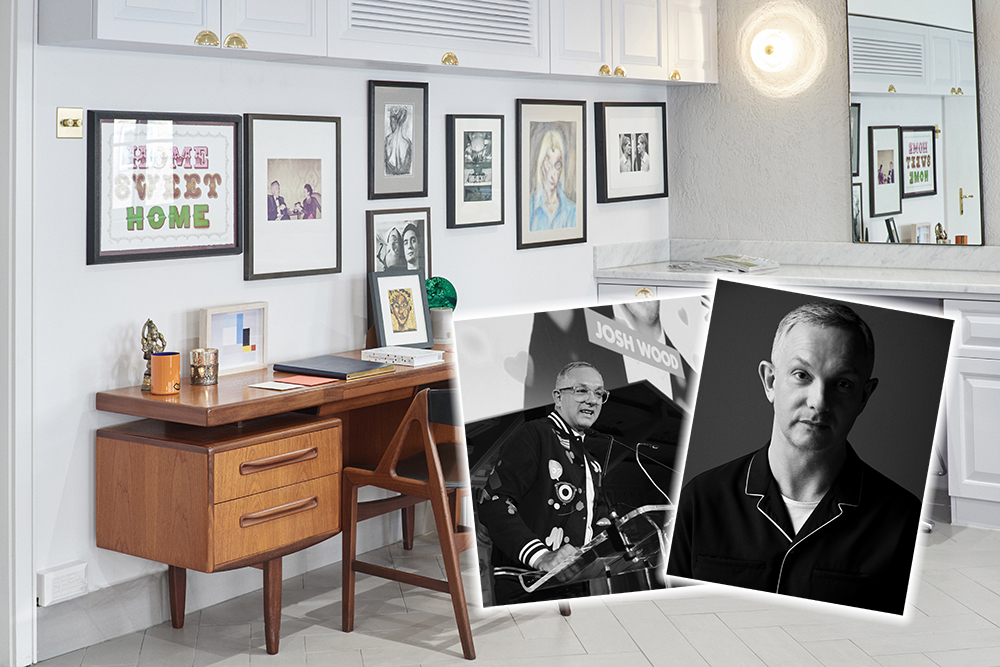 Having worked as a global colour director for Wella Professionals for the best part of a decade, it’s been a smooth transition to Redken according to Josh. He worked with the brand early in his career in Barnsley, and enjoys a longstanding working relationship with Guido: “For me it was a very natural next step,” said Josh in an exclusive interview with Creative HEAD. “I love the energy that Redken musters, and the idea of honesty: Learn Better, Earn Better, Live Better – they’re Yorkshire principles!”

He’s already helped form trends and shot a campaign for the brand. “I’ve looked at new innovations in the pipeline, and considered how they can look at colour in a different way. I really believe that colour is an accessory, and I think the more we have a younger conversation around colour like make-up – wash off colour, you’re not tied in for life – the better.”

Josh will be getting hands on with the development of the colour lines at the brand: “I’ll be going out to New Jersey and sitting with the scientists – I really do think that Redken colour is the new make-up, and we’ll work together to introduce exciting innovations from a technology perspective,” he said. “But I’ll also work with the Redken artists and hairdressers to really understand what it is that supports hairdressers in salons. That’s important to me. It’s no good designing products and designing fake – they need to work, to inspire and excite the hairdresser and deliver better colour for the end consumer.” 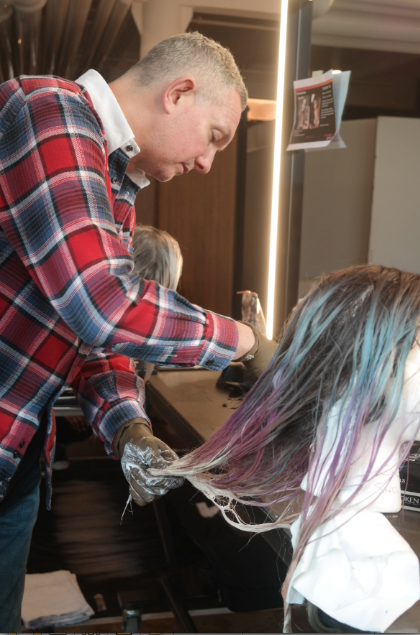 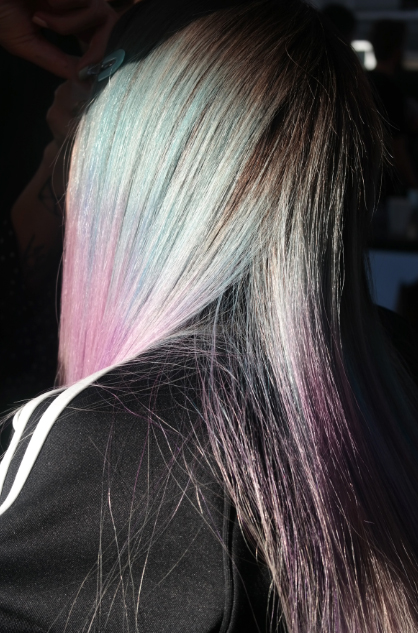 He will also be exploring the ‘Redken Color Mantra’ on a wider level: “We only ever use an alkaline colour on new hair and roots, then acid colour on ends, which have already been processed. I’m going to help them unlock this idea – there are some very exciting innovations coming around this mantra,” he explained. “It’s common sense really – you wouldn’t use the same product on both areas. It gets quite complex from a technical, chemist perspective, but it’s designed to make colouring hair much easier.”

He spoke of the difference he feels Redken offers the industry, too. “It’s a science-led, caring brand that’s high fashion – those partners don’t normally hold hands! Redken colour is the colourist’s colour,” he said. “It is different, especially Shades EQ – there’s a realness. I’ve been talking to Redken about looking at it like filters on Instagram, in the way that you can layer colours on top of each other without them becoming ‘blocky’. For me, Shades EQ best represents this idea of hair colour being thought of like make-up. There’s a sheerness, a sparkle, it doesn’t shift your own base, you can layer it… that feels more like make-up language.”

Moving forward, he will be cementing his Fashion Month relationship with Guido. “I’ve coloured for Guido for many years and we collaborate in short bursts on specific things,” said Josh. “We were working on a job together and he was telling me to try this, use this, he was selling Redken to me! My new role has come from a natural place – from two creative people working together.”

Guido is one of Fashion Week’s busiest session stylists, working on shows such as Givenchy, Marc Jacobs and Alexander Wang. And on many of those shows, you’ll have found Josh backstage with his tint bowls at the ready – such as at Versace A/W17, where models including Gigi Hadid sported neon flashes (see picture below). 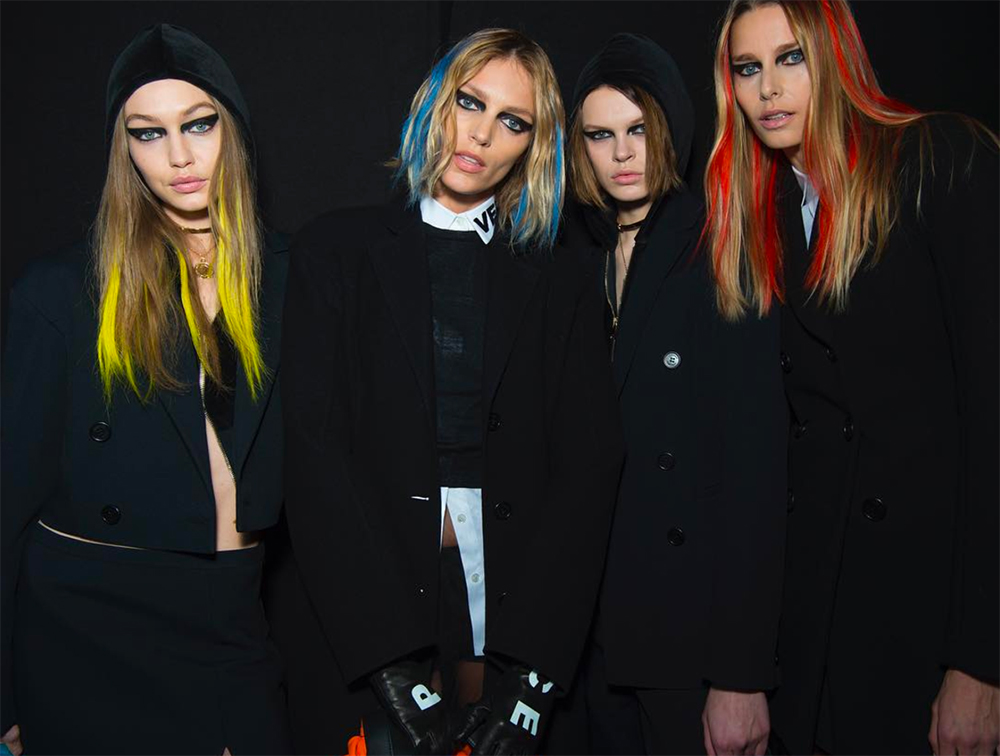 One of the rare colourists working at couture level, Josh also has an eye on celebrating and showcasing the colour talent within Redken. “We need to unlock that passion and that talent – there’s no reason that those colourists shouldn’t be part of a taskforce or team working alongside me to create that work,” he said. “As a product company, we have a responsibility to showcase that talent and give it the exposure it needs. I don’t want to be the only person doing that. It doesn’t do anything for me, and it certainly doesn’t do anything for our industry. We’re a team, we should be doing it together.”

What’s he done so far? Josh on the new Redken trends…

Smokey Ombre: “Inspired by smoky eye make-up, this is about blending and diffusing one colour into another. Taking light into dark and dark into light.”

Metallic Balayage: “A holographic, shimmering metallic – similar to colour blocking with different weights and textures within it.”

Shades EQ pastels: “There’s a silver grey in this palette and I’m not allowed to say who yet, but I’ve coloured someone really exciting with this…”

WANT TO KNOW MORE? Catch our full interview with Josh Wood in the June issue of Creative HEAD!