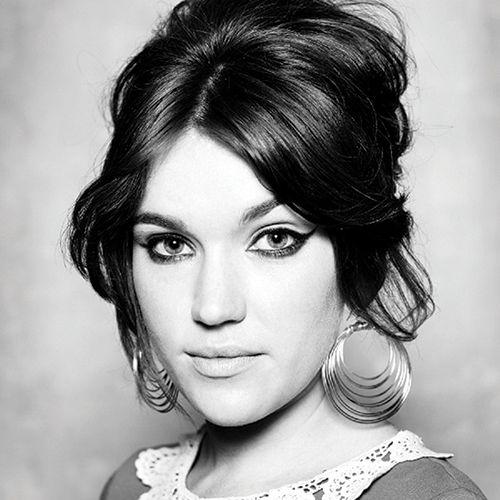 Most Wanted 2015 Colour Expert Katie Mulcahy is a superstar colourist; we find out what’s next for the girl who can do no wrong

Turning 30 can do strange things to a girl; no longer able to get away with saying you’re twenty-something, you feel you’ve finally joined the grown-ups club. For Katie Mulcahy, it was odd to think she was now too old for awards like The It List. “I used to enter a lot of competitions that were all for under the age of 30 and it’s strange realising I can’t do them anymore,” she says.

And it was Katie’s passion for entering competitions from a young age that has helped her become the success she is today. “I put in an entry to the Wella Professionals TrendVision Award in 2005 and I was finalised. I then entered L’Oréal Professionnel’s Talentspotting in 2006 and I won,” explains Katie.
From a young age Katie was completely enamoured with the hairdressing industry, but it wasn’t that her family was in the business, she just used to love the salon experience and got a job as a Saturday girl. “It was in Stafford and it was a bit of a granny salon if I’m honest, but everyone was very friendly and when I left school, I was offered an apprenticeship with the salon.”

Granny salon or not, the training Katie received was from the Francesco Group and once she qualified, she made the move permanently to the group. “I worked as a stylist at Francesco Group for five years,” explains Katie. Not a colourist, we ask the Most Wanted Colour Expert of 2015? She laughs and explains that while she received a qualification in colour at the Francesco Group, she had to specialise in one or the other when she moved to the group’s Church Lane salon. “I always knew I wanted to be more, but I didn’t colour at the time. However, I really missed doing colour work and hated having to hand my clients over to the colour technicians – the colour never looked exactly how I wanted it to.”

It was around about this time that Katie got a taste for entering hair competitions. After winning L’Oréal Professionnel’s Talentspotting, Katie was given her first big break by yours truly. “Creative HEAD sponsored the shoot I won,” she says. “Seeing my work in print was amazing and I met so many people who have supported me. It opened a lot of doors.”

Despite her success at Francesco, Katie knew she wanted to explore colour more. “I’m from the Midlands, so for me the best colourist around is Lisa Shepherd,” she says. “I did a trade test at her salon and I took a model from brown to blonde in one go – I think Lisa was quite impressed.” From that moment on, Katie worked side by side with Lisa. “She really ignited my passion for colour and made me much stronger. I began to do more colouring than cutting.”

Katie was made creative director at Lisa Shepherd and spent seven happy years at the salon. But eventually she had to move on. “It took me about a year and a half to finally work up the courage to leave,” she reveals. “But I felt it was time for me to stand on my own two feet.” It was around this time that she got a second big break as she was asked to do a shoot at quite short notice for Rusk.

“I did it and the brand was very happy and asked if I’d like to be a brand ambassador,” says Katie. While work with Rusk does take up a lot of Katie’s time, she’s also been able to keep doing salon work as she has a chair at boutique salon Dale Hairdressing in Birmingham. But it was winning the Most Wanted 2015 Colour Expert that showed she made the right decision to strike out on her own. “Winning feels incredible. I was so happy to be be there in the room with so many of my icons. It’s been a great thing to achieve after leaving as a few people were shocked,” she explains. The win has made Katie even more determined, but, she says, as long as she keeps doing what she’s doing – seeing clients and doing shoots – she’s happy. 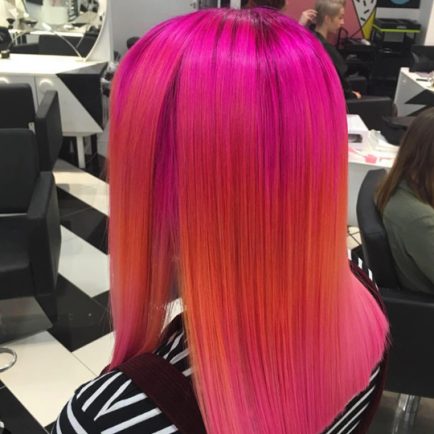 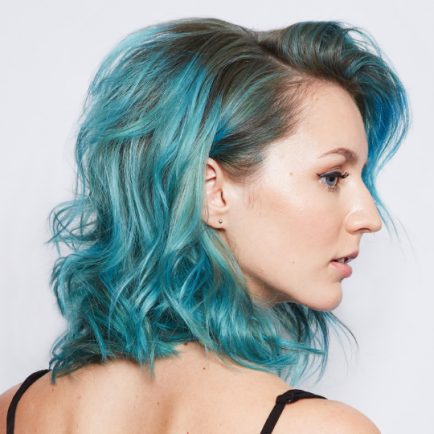 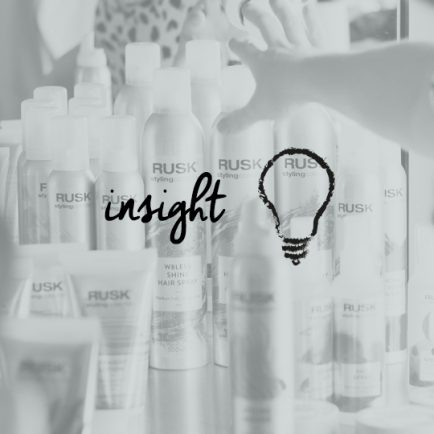