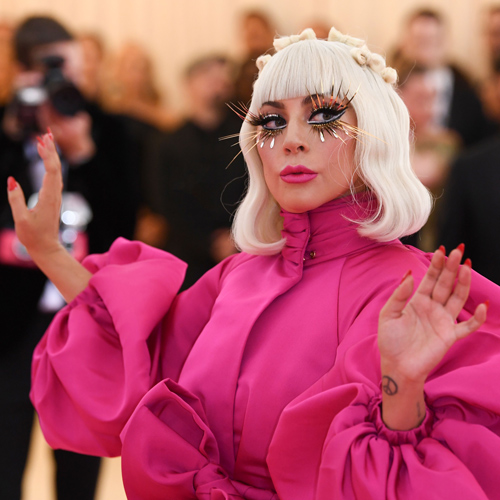 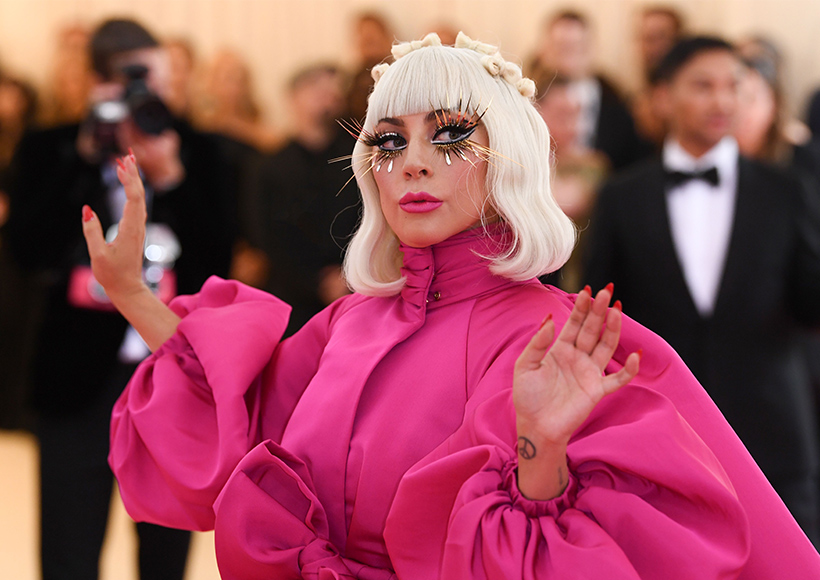 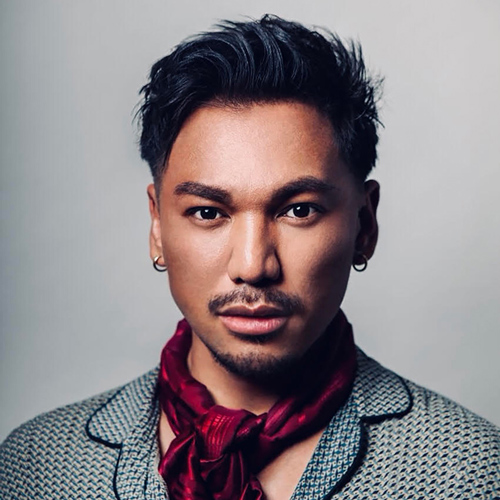 Meet the man behind Lady Gaga’s hair looks, as her master hair and wig stylist, Frederic Aspiras, shares all about his career

Frederic Aspiras has been Lady Gaga’s master hair and wig stylist for an astonishing 11 years. A member of the iconic creative squad The Haus of Gaga, His work has been featured in titles such as Harper’s Bazaar, Elle and Allure, he’s been nominated for multiple Emmys and received the Guild Award for his work on American Horror Story: Hotel. In an exclusive interview with Creative HEAD editor Amanda Nottage, he talks about understanding characters and ensuring Gaga never misses her weekly JOICO hair treatment…

Q: Let’s start at the beginning – why hair?

A: I was introduced to the hair industry when I was 13 by my mother, who was a hairdresser. I was a young child actor, I did a lot of creative things and really didn’t know in which direction I wanted to go. I was really blessed to have a mother who allowed me to live freely; she inspired me to delve into my own head and allow me to really be myself. She saw how I interacted with her clients on a daily basis, talking to people and helping them feel better, and something about that touched me. I started doing freelance work in San Francisco, until I moved to LA to pursue a career in entertainment. From being an actor, I understood creating characters, a story that goes with hair or make-up or wardrobe.

Q: You’ve been working with Lady Gaga for 11 years now and you work with her exclusively. Considering your approach to character, it must feel like the stars aligned when you met…

A: It honestly does feel like that. We were both in worlds where no-one was doing what we were doing in creating a story. I don’t understand how we don’t kill each other but we don’t! I enjoy the process of creating something with her so much. And it’s something that an artist dreams about, because you’re given freedom to create something that is in your head, but through someone else’s creation. And what’s also scary about that is you’re given that freedom, right? It’s a double-edged thing! It felt like I was preparing for someone like this my entire career. Ever since I was a kid I looked up to creative minds like David Bowie, Madonna, Prince. I have an encyclopaedia of references in my head, I kid you not, and Gaga and I challenge each other. We’re like “Oh no, it’s Avedon in 1968”, or “this is Paltrow wearing the pink Ralph Lauren dress”. Other people in the room are like: “You guys…”. It was a slow process. In the beginning it wasn’t just serendipitous, it was like “What are you going to do? Are you gonna ruin my career? Are you not listening?”. But by going through the process of delivering what was in her head, we trust each other now. 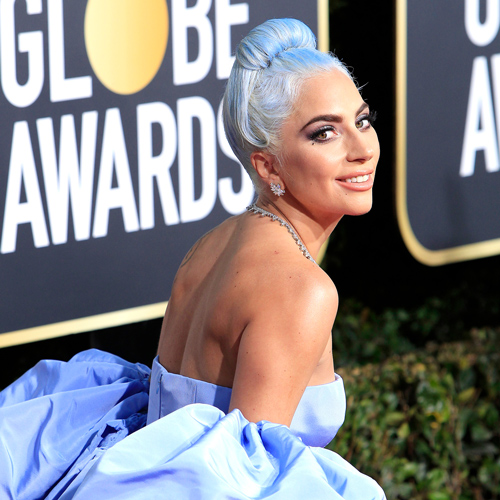 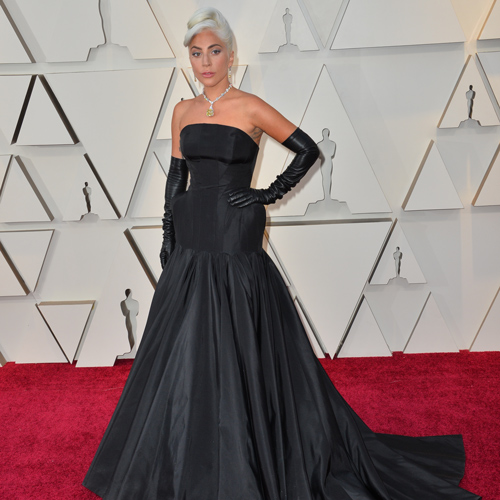 Q: How did it all begin with Gaga?

A: I was working with Paris Hilton, travelling the world and we had a really strong relationship but I thought: ‘Okay, what else am I going to do?’. I was laying in bed when I got a call from my agent who asked if I wanted to work with this new artist named Lady Gaga, who was going on a tour for two months. I was like: “who is Lady Gaga?”. The next day, the MTV VMAs were on and she was on stage bleeding! And I was thinking: ‘Wow, she reminds me of Bowie’. Nothing was like this on television, or in the world at that time. Nothing that was avant-garde or pushing the envelope or had a storyline or was really theatrical. I felt the spark and thought ‘Oh my God, I’ve got to deliver something amazing!’.

At our first meeting she asked me to create a wig for her show, which would be seen by millions of people around the world – like, okay! That’s how she works, she’s direct and knows exactly what she wants. I thought: ‘This is great, I love the direction, I love the challenge.’ At the time, there weren’t many people who were working with extensions and wigs, it was kind of a specialised craft. I love doing wigs because I love the transformation due to my theatrical background. And that two-month theatre tour turned into the three-year Monster Ball tour! We travelled around the world about three times, it was crazy. All of a sudden, I was living like a rolling stone, always moving around, we were like gypsies on the road.

Q: You’re a key member of the Haus of Gaga, the creative team behind the artist. What’s that experience like?

A: Through the years, as we found all the key members, we became a family that travelled together. We all share the same passion. Before every job we fill a room full of creative minds that lead each department – her wardrobe, her choreography, her make-up, nails, hair – and we tackle the big picture. It all stems from her ideas that she want to see come to fruition. It’s very interesting because you have Pop Star Gaga, Actor Gaga, Philanthropist and Activist Gaga. We have to create a look that is synonymous or identifies each world. It can’t be that you turn on the TV and you see Gaga singing for Joe Biden in a meat dress, you know what I mean? Each department brings their ideas collectively. It’s a series of meetings and phone conversations and I present her with multiple hair stories, like when a designer creates a collection. That’s why we call it the Haus of Gaga, it’s like an atelier, complete with fittings and trials. 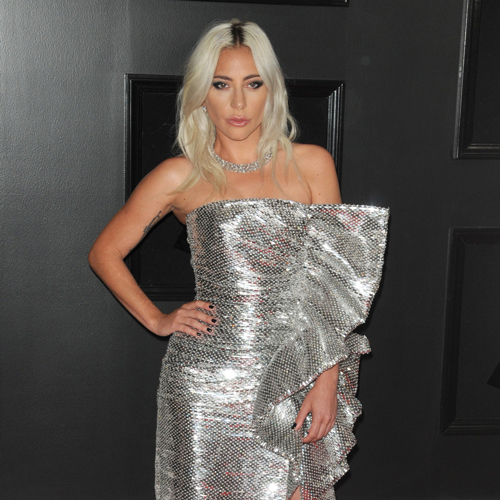 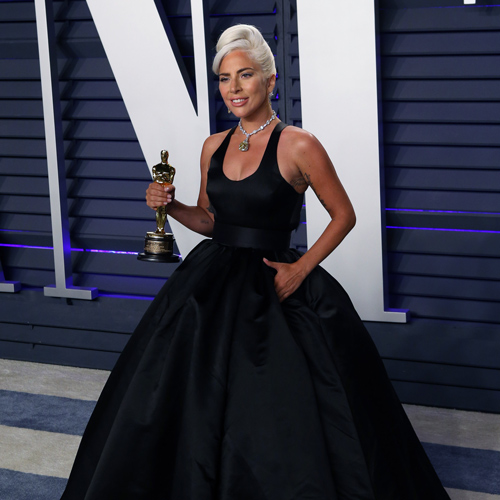 Q: How good are you under pressure, do you thrive on that?

A: I wish I did, because it would be so much easier, but it doesn’t work like that! Because of her, I’ve become a much better artist. She sees the potential in people and pushes them to go further. At the Oscars, we were doing an abstract version of Audrey Hepburn, but it was a risk – are we doing Lady Gaga on the red carpet, are we doing Hollywood Gaga? It was about owning my identity and reading her mind, hearing: ‘I know you really want to do this because this is what you actually like the most. You don’t want a simple top knot or bun, you really want to show off! I’m going to give you the time to do this, but it had better look good!’. That’s the challenge, it takes a lot of mental preparation. It’s the pressure that I guess I’m so used to working with, and it’s something that I’ve learnt to appreciate.

Q: What’s the favourite hair look that you’ve ever created for her?

A: You might as well ask me what my tax returns are! That’s too hard! Normally what makes me like something is when she likes it the most, not because it looks beautiful, but it makes her feel beautiful. She felt so beautiful at the Grammys, wearing that Celine by Hedi Slimane dress and she had very casual hair, very natural. She felt so happy and free, and to me that felt more important than trying to top the last work, or trying to stay current with trends.

Another favourite was the look at the LA premiere of A Star is Born.. She looked like a star in the sky. She’s wearing that capelet dress made of liquid silver on lace. It was such an inspiration, I coloured her hair with a chrome tone. She felt confident and regal. 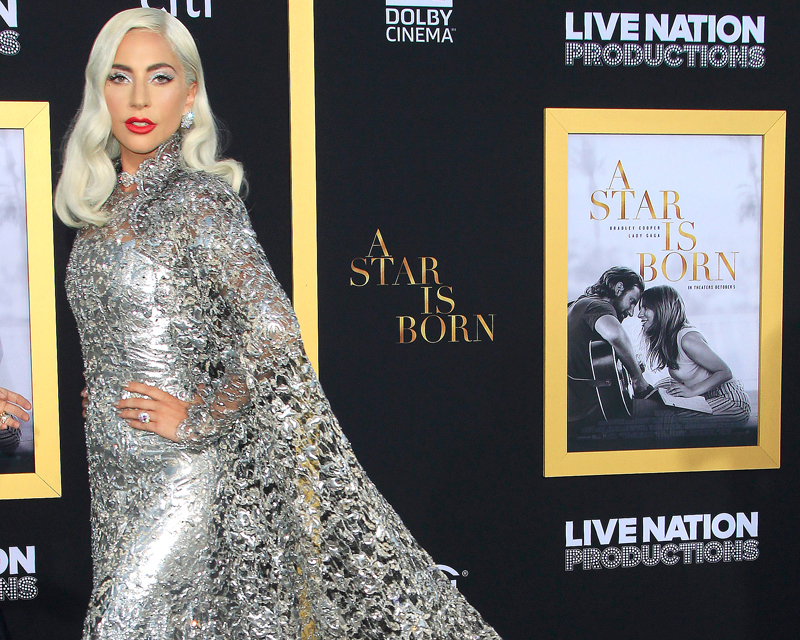 Q: Which look, style or colour has been the most difficult to create?

A: My biggest fear is to see hair damaged by the process. That’s what I worry about before I sleep at night, I think: ‘Oh, I’ve got to colour her hair tomorrow morning and not have it all fall out’, because for the Oscars we coloured her hair the night before. People do this weeks ahead! Thank God I partnered with JOICO. I reached out because I know that it makes products that protect hair, especially blonde hair, from damage. We’ve been using JOICO to get her hair to grow. One incident happened after filming A Star is Born. She had coloured her hair dark brown for the movie with another colourist, and the process of removing it caused her hair to break. Trying to get her hair back to shape was difficult – we had all these press junkets to do! I wanted products to help repair damaged, bleached hair.

When you colour hair so much – we’ve done the spectrum – it needs help to get back to health. That’s when we started using the JOICO Defy Damage ProSeries and it’s now back to a healthy state. I use JOICO Defy Damage ProSeries whenever we do any colouring. That’s something I trust. When you’re colouring for someone whose hair will be seen around the world by millions of people, you can’t afford to make mistakes. The ProSeries 1 and 2, and the shampoo and conditioner are a godsend. I can create freely and use her own hair without damaging it when we do transformational looks. Defy Damage works wonders with wigs too, because when you’re working with wigs that cost thousands of dollars, you can’t afford to mess it up! During the process we have weekly treatments. There is a wonderful product called Defy Damage Protective Masque that I get her to do once a week. Even if she’s using a wig, I still have to style her hair underneath. Prior to heat styling we use the Defy Damage Protective Shield. Together, they protect her hair and if you keep it up you can have long, platinum hair. 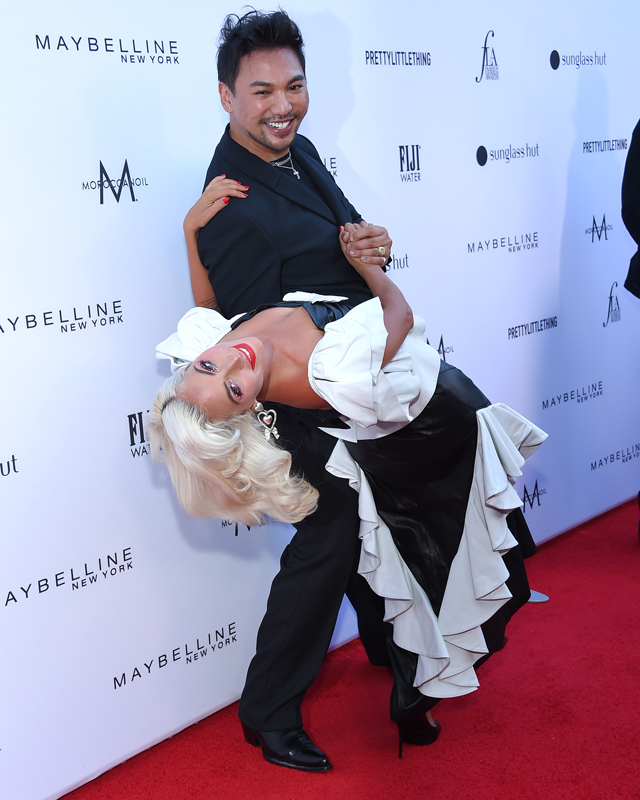 Q: Even with that mental encyclopaedia of references, do you worry you’ll ever run out of Ideas?

A: No! Not to be cheeky, but there’s so much inspiration in the world, and the reason why we don’t lose inspiration is because we don’t follow trends. For instance, for Gaga’s Chromatica album, we visited some of her old colours because there was a sense of almost coming full circle. If you listen to the album it’s about her story, her message of overcoming mental health issues, and also for me, it represents my journey as a hairdresser.

Q: So that begs the question, what comes next? What’s the next big project?

A: In 2021, in terms of work, we have the Gucci movie coming up. That’s going to be fun again, more character work. We did a wonderful launch for Chromatica and we were in pop icon mode; now we’re back to film and I’m very excited to start the project. I’m excited to work again, we’ve been locked down. It was very difficult to work remotely, but we did our best. But who knows what will happen? I’m hopeful.

[Editor’s note: Frederic would like to clarify this doesn’t mean the end of Gaga’s Chromatica era, merely the start of additional, exciting new projects. Stay tuned…]

To read the interview in full, head to the digital edition of our January 2021 issue. 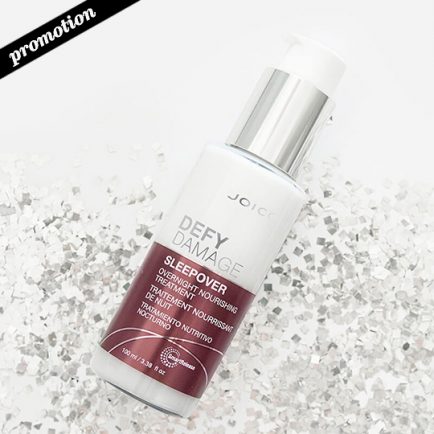