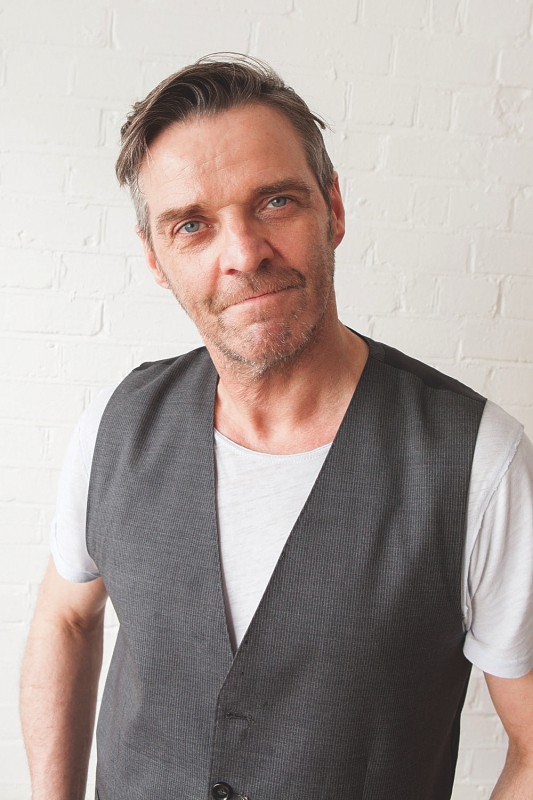 Alan Edwards has won the L’Oréal Colour Trophy Award twice and has also triumphed in the Scottish Region on numerous occasions. As the deadline for this year’s competition draws closer, we got him to tell us his story…

“I first entered the L’Oréal Colour Trophy in 1992 only once before our win.  We didn’t get anywhere.  In fact, one of my nearest competitors won the Scottish region!  That meant that we were determined to come back the following year and go all out to win! We decided that perhaps our approach had been wrong, so the following year we entered a look that we felt was a look that consumers would love that really reflected what we were seeing.

We wanted something that had a wide appeal, something that really had our personal style stamped on it.  It had to be an image that we would be happy to have represent our business.  We considered the colour really carefully – we wanted to create a look that would be worthy of representing the L’Oréal Professionnel brand.

The people in the team in 1993 were myself and partner Elaine and one of our then senior stylist Malcolm Edwards.”

“We entered with the focus to win the Scottish region.  We didn’t expect to go on and win the whole thing!  It changed our business for us overnight.  The image was everywhere – in the hair press, in the Scottish press. It just hit the mark at the right time – the cut, the colour was just what everyone wanted.  Suddenly everyone knew about our salon, it put us on the map, we were in demand, not only as hairdressers to clients, but to magazines and the industry.  It changed our outlook to becoming more consumer orientated as a business.  We moved to premises double the size, our names became known, we started being asked for advice and we became guest artists for L’Oréal Professionnel .  Malcolm, who had been on our team, went onto be one of the leading session stylists in the UK working on catwalk shows at London Fashion Week.

In those days you weren’t allowed to enter the following year – as you became a judge.  But becoming a judge was equally exciting, a real honour for us.  We started to enter the competition every two years.  This seemed to work well with our business and also gave us time to pick our team, and work on the look we wanted to present.  Between 1993 and 2005 we won the Scottish Regional Award five times.”

“In 2005, we hit on the winning formula again and won the overall title once more.  Obviously winning for a second time did feel different to the first.  It was a new team, so we were delighted for them and also it was great to have the title back in the salon again.  But what made that win so special that year was that it was the 50th Birthday year and it was probably the biggest event in the awards history, so being part of that (and being the salon who was standing on that huge stage with the trophy at the end of the night) was an experience that none of us will ever forget.

Since 2005, we have won the regional award twice  – with a new team every time. We used to concentrate just on the L’Oréal Colour Trophy Award, but as new categories came along, we now look at those too and can select the right category for the right staff.” 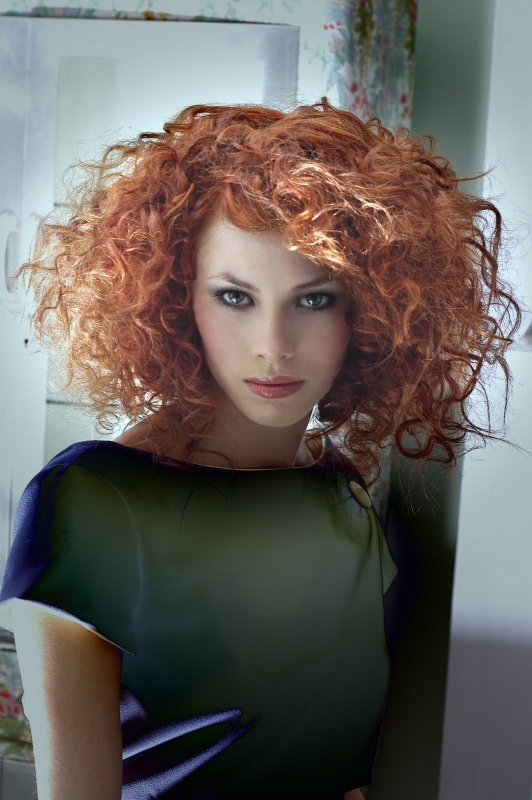 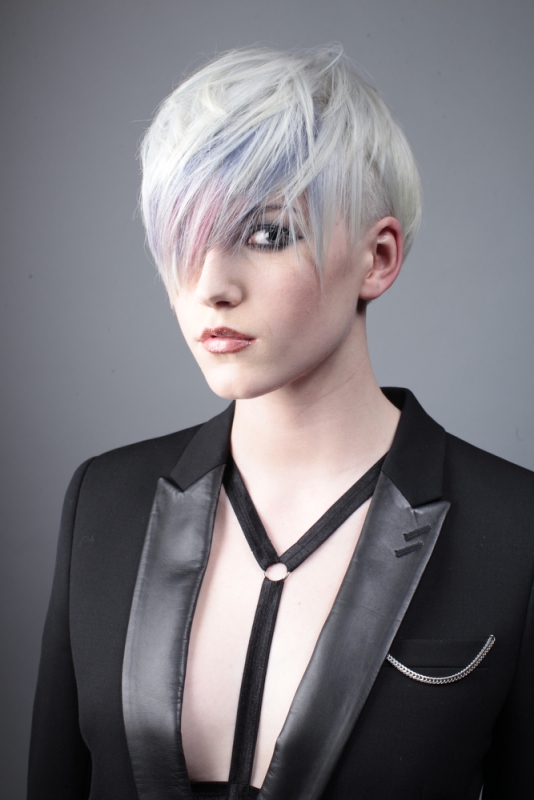 Part of our salon culture

“We now hold our own in-house colour trophy competition – any member of staff at any level who would like to be selected for the main competition can enter.  We get other salons and local media to come and judge, and then the winners of that will be put forward mood boards and concepts for the look they would enter into the L’Oréal Colour Trophy or the L’Oréal Men’s Image Award.

We then select our teams that we will be putting forward and start preparations in the October prior to the competition launch. Looking at many different mediums – I personally think you have to spend a little bit of time looking back – in order to then look forward, we would take a look at previous winning entrants, what made them winners, and then look at the natural progression from there. To me it is about what is happening in hair as a whole – fashion, catwalks, beauty, celebrity tends, street trends – and those we see in the brands and the industry all help us predict the future.

The teams present us with their looks and explain why they chose the colour, style etc and why they think this is a trend we are moving towards, their influences. Once we are happy they can explain their concepts well we start on the important task of getting the right model. They have to really buy into the concept and love their hair, then they will live it and work it and it will come across better when they go down the catwalk.

The brief for the competition had changed since we first won it – more editorial, less commercial. More fashion focused, and catwalk inspired.  For us it meant that it was more about dressing, rather than cut and colour.  The shape and the texture was what made the look stand out and that was through the dressing of the hair.”

“The L’Oréal Colour Trophy is unique from other industry competitions because it is live – most other are based on pictorial entries, but why do I think this is important?

There is a real element of tension and for it going right on the day – you don’t get that when you are doing a photograph or writing an entry to awards.  You have to be good on the day.  You have to stand and ‘perform’ in front of your peers and also your mentors.

It gives you so much more than an award title – it gives you experience of putting yourself and your skills to the test and making it happen.  Sometimes things don’t go right on the day, some people just crumble under the pressure, it shows you how to adapt and also it allows you to benchmark yourself against others – which is essential if you are to grow as a hairdresser and a business.

The competition has always been fierce, but now instead of the top 5 there is the top 15  – people are getting better and better and more focused. This competition is a bit like the Grand National – there might be favourite but a complete rank outsider could win it if they have put their whole heart and soul into it. What makes the L’Oréal Colour Trophy special is that it allows the small independent salons to transform their business – we never looked back it made such an impact on us and our business and really drove us forward from a small 8 person salon to a team of 40 that we are now.

It celebrates each region and doesn’t leave anyone out.  Allows for people to win in their region and have the chance at being the overall winner. And ultimately, it is special because it manages to be 61 years old, yet seems like a new, fresh competition each year.”

Want to be part of it? Think you’ve got what it takes? Entry for this year’s L’Oréal Colour Trophy is open now and closes on February 26.  Visit lorealcolourtrophy.com to submit your look. 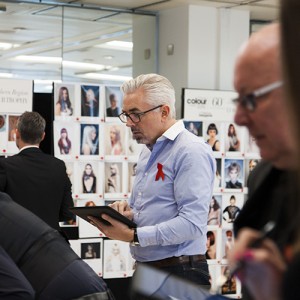 The judging line up for the 2016 L’Oréal Colour Trophy – REVEALED!

Their keen eyes will be closely scrutinising your entries, and today their names have been unveiled – meet the 2016 L’Oréal Colour Trophy judges! No strangers to winning awards themselves, the panel is comprised of both hair legends and rising stars who are all on the hairdressing front-line. Whether it comes to creating on-trend catwalk images or working […] 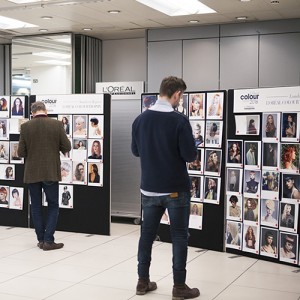 Today, we are one step closer to discovering winner of the L’Oréal Colour Trophy 2016! This week, 25 of the top names in hairdressing had the important task of judging of the first (dossier) stage of the competition. “High quality”, “creative” and “fresh” were just a few of the words the esteemed judging panel used to […] 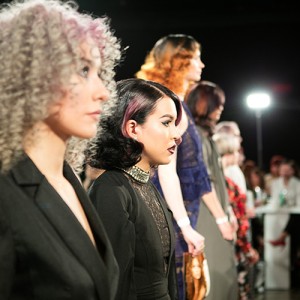