After a post-lockdown reboot, HiveMCR became Whitworth Street Creative Studio and quickly reaped the benefits of its new-found look. Relocating to a new plot near Sackville Gardens, the airy, spacious new salon at Regency House is a honey pot for the busy bees of Manchester with a push to be a new home for the city’s creative freelancers.

The brains behind the operation is Patrick Marrow, and since developing his previously owned and run salon, HIVE in Manchester, he set out on a post-COVID venture to create a new space to liberate the opportunities for local hairdressers and colourists.

Opting for an exposed brick interior with traditional features throughout provides a harmonious balance in complimenting the amount of natural light and greenery. Patrick has also taken inspiration from the lower west side of New York City, incorporating the well-known loft-style features, such as high ceilings, cast iron and huge windows. The space is also surrounded by some of Manchester’s most impressive buildings – subsequently discovered its identity as Whitworth Street Creative Studio.

Additionally featuring an array of plants, including a Bird of Paradise called ‘Big Boy’ and a 19ft long, live-edge pippy oak console, founder Patrick believes he has met his vision for the space. The intention was always to welcome clients into an atmospheric, calming environment. “It is something that we didn’t have in the old salon,” he states. “The green chairs and wooden worktops create an urban oasis, making it a really easy place to spend prolonged amounts of time in.”

To use the space, there is a mandatory membership. However, on the wider scale of the business, this stands as a small detail as the freedom of the concept that Patrick has applied to the new space has been a hit with the freelance members, enabling them to come together as a community. 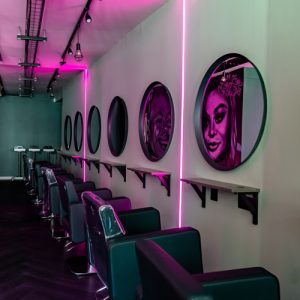 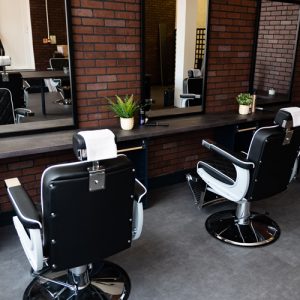 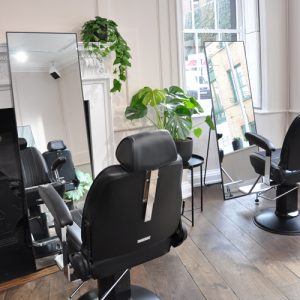