Our second salon: the build 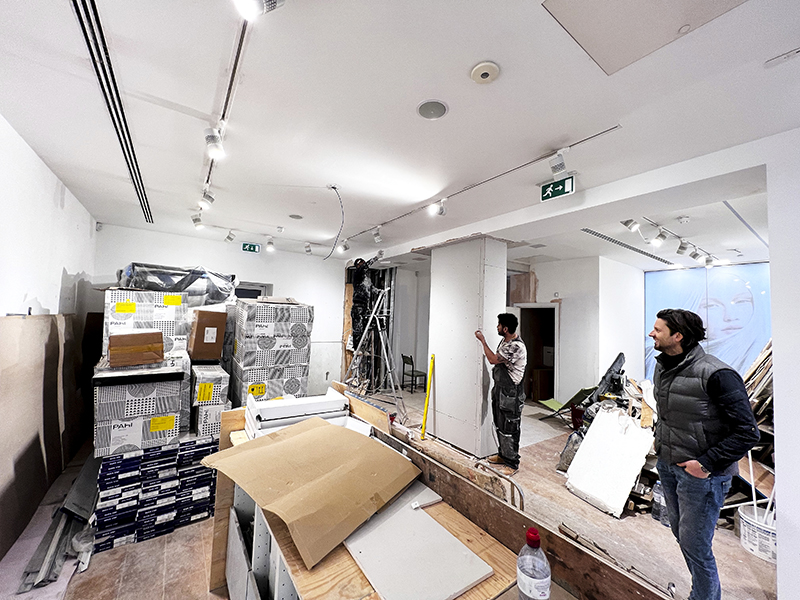 Christel and Alex Barron-Hough are behind STIL salon in London’s Notting Hill… but are now embarking on salon number two in Chelsea. Follow that journey exclusively with the couple… Part three: getting the build underway…

After picking up the keys on 17th November, we were ready with our main contractor to start work immediately. After the months of struggles, we were very excited to actually have the keys in our hands, but we were certainly feeling the time pressure –  we needed the works to be completed by 18th of February to stay on track with our initial plans for opening.

We didn’t waste any time and started works the morning after completion. A team of four began by completely stripping out the existing unit, and then focused on the major works to lower the basement slab. At this stage we still didn’t have the final green light from the landlord and their multiple departments, but as the saying goes; ‘It’s better to ask for forgiveness than permission’! We started to dig exploratory pits, which actually gave us a head-start… but also created a grey area if we were challenged.

The lowering of the basement slab was slow, very loud and laborious work; we needed to dig down through approximately 1.5 metres of solid concrete across half of the basement footprint. In addition, we needed to cut out steel reinforced concrete staircases. Due to the location of the property, there were strict restrictions regarding hours of the noisy works, which obviously drastically reduced the time that the contractors could make progress.

From day one, we had constant complaints from the neighbouring occupants regarding the noise levels. All of this added to the complexity of the project and made navigating the process very sensitive – we even had complaints made via phone calls to STIL Salon in Notting Hill!

Our contractors had hoped to have the basement excavations completed by Christmas 2021, but sadly we missed this by a couple of weeks. During this time, we had a lot of of scrutiny from not only from the landlord’s structural surveyor and the building control supervisor, but also from our structural engineer. All of them had the same goal; to ensure that the building was safe and not going to fall down! 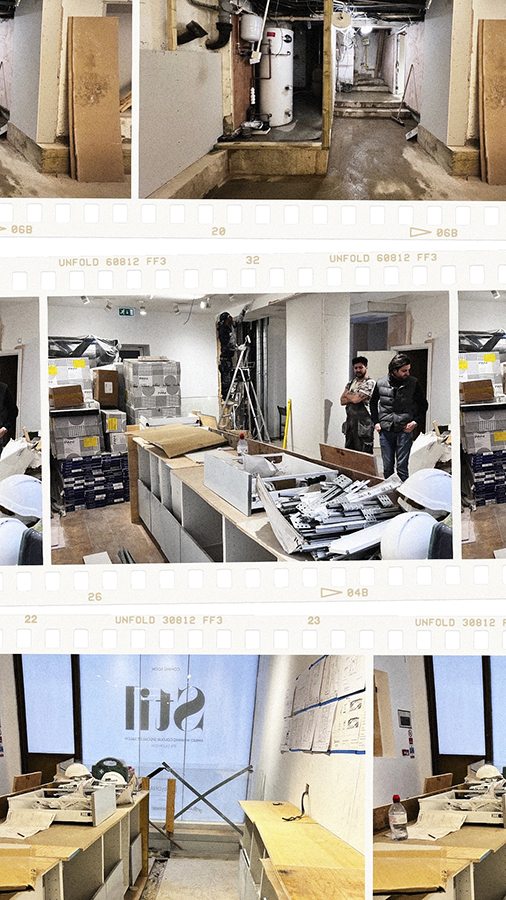 Luckily, we had our incredible architect Max on hand to keep an eye on this and to report back to us. The good news was that the significant work and prep beforehand ran as anticipated and there were no curveballs sent our way with regards to the dig.

We now needed to really get our heads down and get our skates on to place orders for some the design features, such as the beautiful marble for backwash and the colour bar design. We also needed to find a supplier and manufacturer that we liked for arguably the most important factor within a salon: the chairs and backwash units.

After much searching we were recommended Albert Ewan, who was amazing to deal with and set up Zoom calls with manufacturers so we could place orders quickly. The inspiration behind the design comes very much from our Scandinavian heritage and includes elements of nature, modern design and references to the Northern Lights.

Another major part of the design was the lighting, and thankfully, we were in safe hands here. We were recommended the lighting guru Tim Henderson, who has designed lighting set ups for hundreds of world-class commercial premises such as Selfridges, The Mandarin Oriental hotel, Dishoom restaurant and The Maine Mayfair to name but a few. Obviously, as a colour specialist salon, we knew that the lighting needed to be perfect!

Over the week, we continued to change the layout with our architect multiple times, and needed to spend hours in the space getting the feel for it. All of this was taking place alongside Christel working a full 10-hour column in STIL Salon Notting Hill, but we finally locked in this aspect in January 2022. We also decided to go down the route of having lots of bespoke metal work fabricated – from the colour bar edges, to the retail stands, to cutting stations, backwash shelving, and mirrored feature walls as you descend into the lower ground floor. The great thing was that all of this could be fabricated offsite and brought in when ready .

Sadly, for one reason after another, timings started to slip in January. This has left us under a lot of pressure and with even more to do for the opening, which we had planned for the end of March. The question at this point is: will we ever get there…? 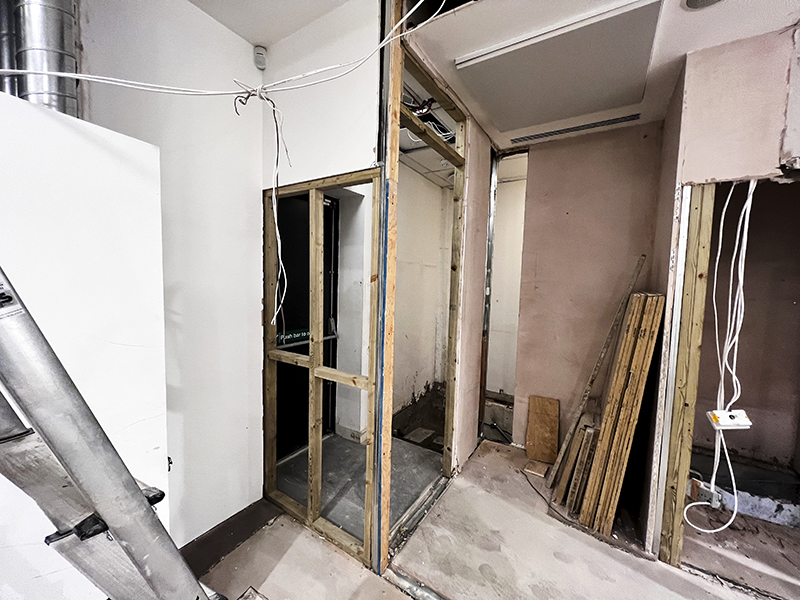 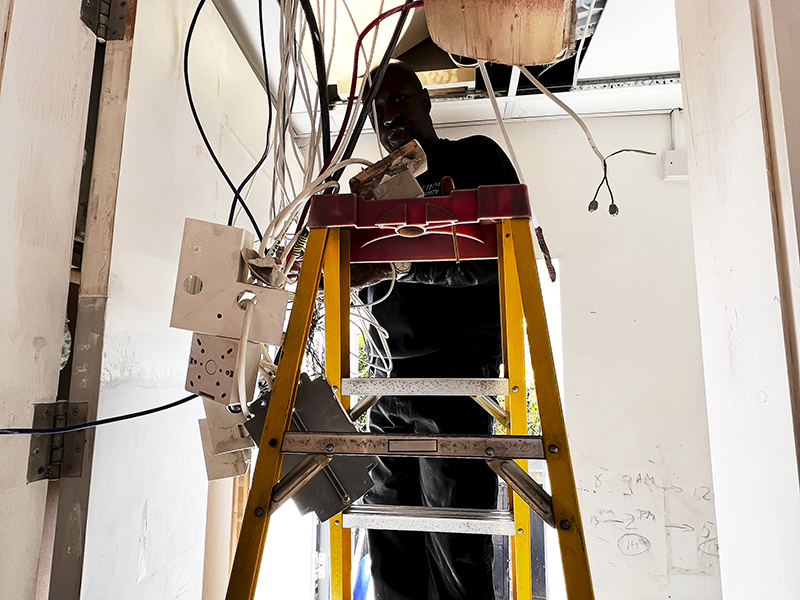 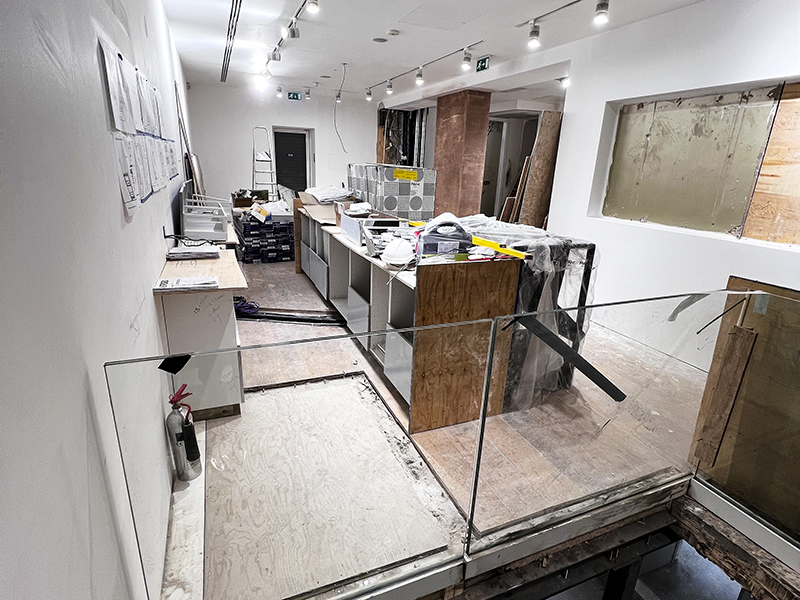 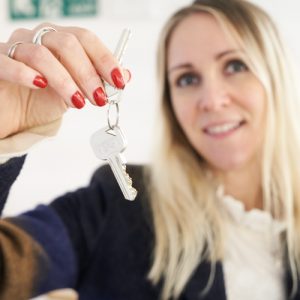 Our second salon: the battle to get in

Part two: the fight to get inside to start the work 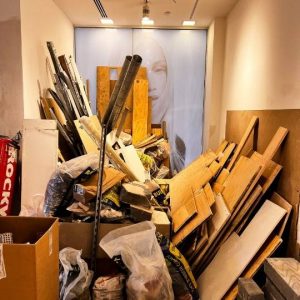 Part four: Big lessons and the end in sight…

Back to the salon with STIL