Mistakes? We’ve made a few…

We asked our resident PAINTERS what was the scariest moment they’ve faced with colour… and how did they handle the situation? Come on, we’ve all been there…

Last year I was colouring the hair of an editor from a big fashion magazine. She was the kind of woman that was lovely, but you just know the moment something wasn’t to her taste she wouldn’t be – you know that client.

She asked for big copper pieces in her curls with bits of gold. I mixed a copper on a 7 and some highlight tint and went to work. Just as I was on the top few sections I couldn’t help but notice that it looked strange as it was developing. I popped downstairs only to find where the copper is usually kept sat a tube of pure green pigment! I literally couldn’t breathe. I looked at Carla the manager and she said: ‘Come on Sophia, you do corrections for everyone else, now you have to do your own’. You know that feeling when you can hardly swallow?

I took a bowl of bleach up and without her realising it ran it over every copper chunk. Thank god it was curly hair and chunky sections work best! Lord knows how I got away with it, but I toned it all copper and it looked banging. She said it was her best colour yet.

Mistakes happen and none of us are above that sick feeling in our stomachs. It’s why I’ve launched a course called ‘Colourists Anxiety’ – to get on the waiting list email manager@notanothersalon.com

I had just finished applying colour to my client’s hair when I noticed that the ends were lifting rapidly. As I thought I was using bleach with 2%, this struck me as really odd, especially once I noticed there had been very little progress with the roots. I was perplexed enough to double check with my assistant what he had mixed. He repeated the formulas back to me but with the developers reversed, bleach +9% and the base colour with 2%. It hit me… this was going to be a massive fail.

In the moment I have to admit I was furious, but I was more concerned at finding a way to style it out. Was there a way to rectify the situation without spelling out to my client what exactly had happened? At Rainbow Room International we present ourselves as colour experts and charge accordingly. It didn’t feel conceivable that I was going to have to tell my client that I had put the wrong colour on her hair! And that we were going to rinse her colour off, dry it in front of a mirror, thus revealing it was still grey at the roots and orange at the ends – all before attempting to rectify the issue.

It was a busy Saturday and by this point I had four clients, and a fifth would be arriving soon. To be completely honest, I went and sat in the toilet for a couple of minutes. I needed a moment of peace to think. I decided honesty was the best policy. I spelled out the issue to my client and explained what would happen next. To be honest, she was not in the least bit happy, and the strength of her reaction took me by surprise.

It took some persuading but she allowed me to finish the job and thankfully it looked really good, not that it seemed to matter to her. When she left that day, I really didn’t know if she would ever be back, but I’m grateful to say that she’s still my client today. This whole incident reinforced to me the need to always take 100 per cent responsibility in every aspect of what I do. Because as this episode showed, at the end of day it’s going to me that is held accountable, not anyone else.

Here’s a doozy… about nine years ago I had a client that I used to colour for my boss. She was a base 1 on top of resistant white hair, so you can imagine the build up!

She decided that because she was naturally so light and her son’s birthday was coming up, she wanted to go light. We had about 10 weeks to try and get her to her goal (which we all know is HIGHLY unrealistic). We lightened it at week one, then again at week six. We were left with a very warm 7, which we had to tone to a 6 to eliminate the brass.

Two weeks later, she called to request that she have it redone because she wanted it a base 10 for her son’s birthday. I refused to do it several times, but my boss ended up booking it back in as she was very persistent. So I gave in. Predictably, once we started rinsing her colour her hair started coming out with it. In chunks. It was the only time that something had gone so horribly wrong. I convinced her to cut her hair shorter to go with the colour, which she was up for. But there was no saving it. I had a ball of hair in my hand at the end of the appointment and nothing but regret, even though she was happy! I let a client dictate what I was going to do to her hair. That’s a mistake that I will never make again. Don’t be afraid to say no!

I was away doing a show back in the early days. We were working on a big presentation in Spain and I had done all the prep work leading up to show day and coloured all the models who were to be presented minus the three demo models, who were due to be coloured on stage the next day. So off to dinner we went.

The next morning, as I prepared one particular demo model, it dawned on me that we had not had time to analyse her hair properly, and find out all the hair history… and there was no time now.

So, off I went to the stage and proceeded to demo my look. As I started my technique and began applying a lightening product to the lengths of the hair, the funniest thing started to happen. The hair started to smoke and combust right in front of me. I felt sick instantly, but decided the show must go on! I worked quickly and started to talk and make gestures with my hands, and the translator had my back, and also joined in and made hand gestures, and remarked on how fabulous my technique was.

This was literally smoke and mirrors, as we really trying to waft the fumes and smoke away from the stage. We managed to present the technique without ‘an incident’, and got the model off the stage and rinsed ASAP. I did save the colour and managed to make it look decent in the final presentation. No-one ever knew what happened that day, except the translator and I… until now! 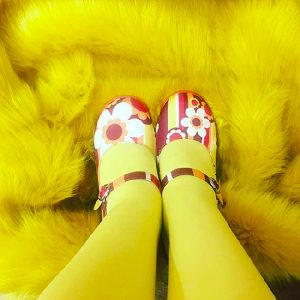 What are today’s vibes, Sophia? 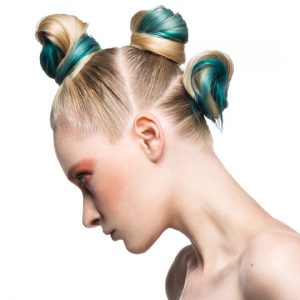 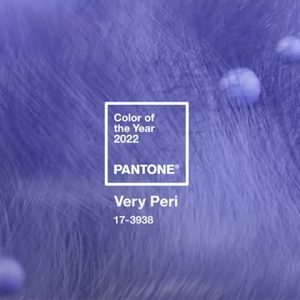 Will Pantone’s colour of the year choice thrill colourists?

Pantone has crowned Very Peri as Color of the Year. What does it mean for hair in 2022?