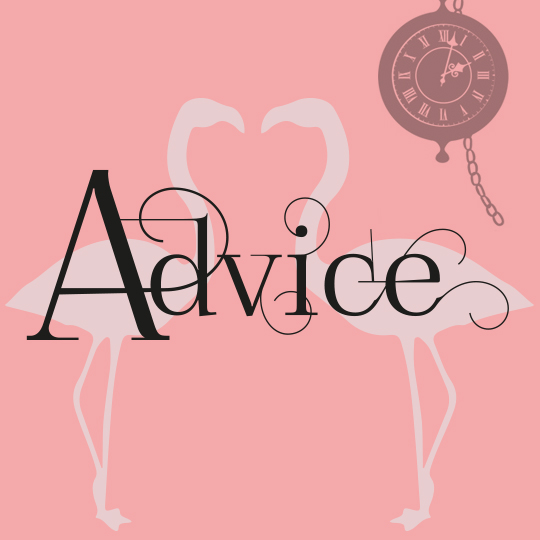 Some advice from Larisa and Sophia… 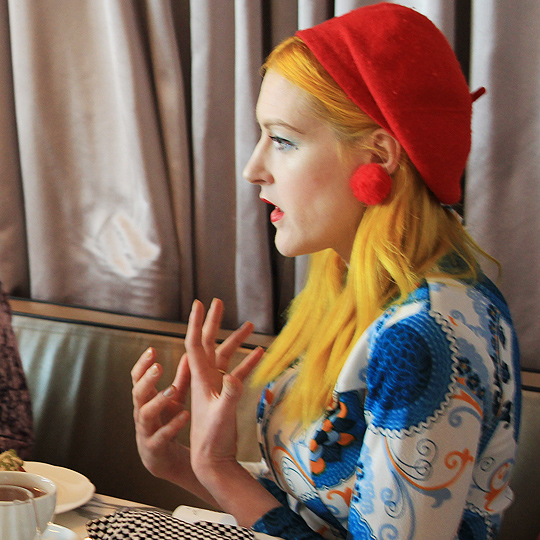 As the founding forces behind two burgeoning salon juggernauts, when we had the chance to pick Larisa and Sophia’s business brains, we jumped on it. From education to overcoming intimidation, here’s some advice they shared on bossing it in the industry today… 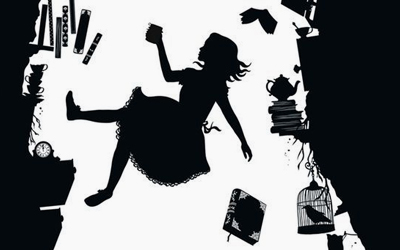 SH: Marketing is really important – if you have a great product but you don’t know how to sell it then it will only stay a great product on the shelf. You are a product and you have to learn how to package yourself. I know some great, great hairdressers, but there are tonnes of us! You have to stand out somehow.

LL:  I am not the best hairdresser out there, but I am great at marketing myself on social media, and that’s why people come to me. There are way better hairdressers out there, but why don’t people go to them? Because they don’t know how to market themselves.

Creative HEAD:  They don’t even know they exist.

LL:  Exactly. It’s the other side of it, like having another job almost. It’s just a part of hairdressing now, you have to know how to market yourself and promote on social media.

Creative HEAD: What other advice would you give to someone starting out in the industry?

Also, I’d obviously say get an education and never stop educating yourself. When I took a class yesterday in Ireland, and I asked who there had been a hairdresser for 10 years. People raised their hands. 20 years? People raised their hands. 30 years? People raised their hands. And I was like: “I applaud you guys for being in the industry this long and still getting education, because people like you are going to be the ones who are the great hairdressers that will keep going.” If you stop your education – while trends keep coming and going, and techniques evolve and are revolutionised all the time – then you stagnate,  your clientele stays stagnant, and eventually you’re going to end up unhappy.  So education and authenticity are my main things I think.

SH: Talking about people continuing with education when they’re a bit older, I’ve had a really hard time with my mum. She’s a hairdresser and has only been on, maybe, two courses in 30 years. That’s hard for me to swallow when I work so much in education.

We’ve had quite a lot of disconnections, which is a shame. You’d think that we have all things hairdressing in common, but we don’t. And I remember calling her one morning, when she lived in the States, and she was all groggy even though it should have almost been the afternoon. And she said she didn’t sleep well because she was doing this colour correction and it hadn’t gone right, blah blah blah. So I said “Right” and I took her through it. Even though I didn’t use her colour brand – it was a totally different colour range –  I just said: “Call up the brand and get on one of their courses. Just go and learn. How can you expect to just know it? Formulas change, and you’ve never been trained in that brand.” And she was all: “I’ve been on courses!” The truth is, her last course was with an entirely different colour house… 12 years ago!

So we had this row, and if I’m really honest,  it put a wedge between us. Then, when I started educating at our academy and had senior stylists coming in, some finally found the courage to confide in me – “I suffer from anxiety” or “I was really nervous about coming back into education” – and I started meeting lots of these older stylists who were really, really worried. And I started to see my mum in them.

I listened to their stories more objectively, because when it’s your mum it’s more personal, and as I reflected on what they said, I understood my mum a bit more. My mum has anxiety, she doesn’t like crowds or meeting new people, and in a hairdressing environment that’s fine, but not in a learning environment. And when you think of how many hairdressers got into the business because they hated school, so many struggle with dealing with learning or ‘education’ environments.

All of a sudden, I now have all this compassion for my mum and our relationship has gone from strength to strength since because I no longer think she’s stupid for not continuing her education. I no longer tar her with that brush. Now I realise she represents a huge demographic of people who are not going on education courses. We spend all this time educating these amazing people who come on courses, but what about those other people? It’s not that they don’t care, it’s just that it’s really scary for them to be in that environment, and to not know the answer. 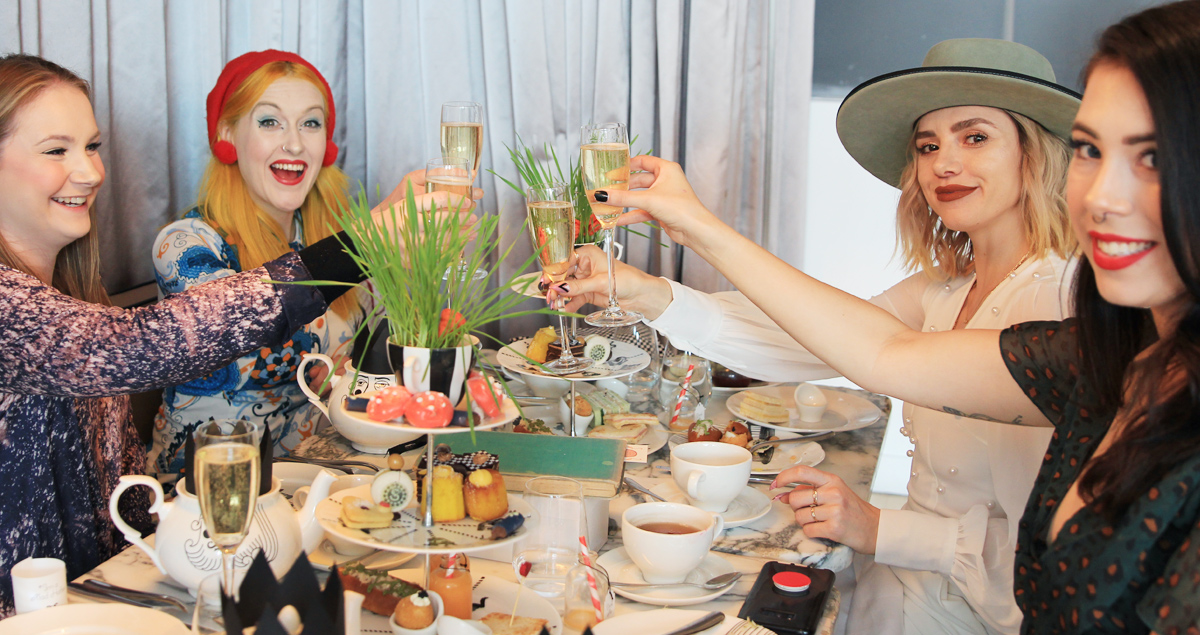 LL:  Let me tell you something – and this is really personal, that I think most people don’t know about me – I suffer from anxiety and take medication for it. Most people don’t know or realise that because I’m always teaching, on stage, in front of thousands of people all the time. But it’s something you really have to work to overcome.

It’s easier said than done, but you have to push and try and fight if you want to grow as a person. I’m a much stronger as a person now, than I was just a year ago as I grow and overcome hurdles with anxiety, and I can only imagine how much stronger I’ll be in ten years time. It’s so tough, but to overcome you need to just… do. That first step is the scariest step, but know every step will slowly get easier. What I want to say is “try it”. For people like your mom, just “try it”, take that step, and if it doesn’t work then at least you’ve done it, given it a go. But it will get easier, and she will probably like learning more in the end!

SH:  She just makes me do it now, educating her! She books in models for three days and I say to her: “Okay, so this lady. What is the first thing you think about if she walks into the salon?” and she says something like: “What is the most expensive thing I can do?” [Laughs]

And then we worked out that she actually needed glasses as well! We were cutting and I said “Take that corner off” and she said “What corner?” I was like “Are you kidding me? You can’t see that?!” And she couldn’t see it! See, someone would have noticed that in a class! But she’s fine now, I look after her education.

LL: But not everyone has you!

SH:  That’s why I’m trying to mould my education into something more approachable. Because a lot of the academies out there can be intimidating, they make it look more grand and amazing in the entrance, which is the opposite of what you need to do! People think “Oh, we need to impress people – lets make it bigger, lets make the stage higher, lets make the door bigger!” With training, the complete opposite is required – get rid of the stage, bring it down to the same level, make it easier.

SH:  I do believe it’s the way forward in education. It’s done fine at the moment, but it does isolate people.

LL:  I will say, that if you have anxiety about going to an academy or a class, actually consider going to a much bigger class. For example at shows –where I’m teaching in front of thousands of people – because then you’re just one person in a sea of people that no-one even sees! That can be a good baby step for someone like your mom – you don’t have to go to an intimate class or one-on-one because that is intimidating.

SH:  She’s doing a barbering apprenticeship at the moment! She moved back to the UK recently and just went to her local barber and said “I want to learn how to do this”, so she’s working there for free for now.

LL:  The best advice I’ve been given was to not compare yourself with someone else, wherever you are in your journey. I think a lot of people compare themselves to people at a higher level than where they’re at in certain areas, but they forget that everyone started out exactly where they were. They just want to jump the gun and skip all those steps where they’re growing and learning, just to get to the top where everyone else is. But you’ve got to start at the bottom, just like the person you’re comparing yourself to. They started from the bottom as well. Go your own pace, at your own growth and be the best that you can be.

SH:  When it comes to advice, mine’s similar to be fair. It’s the only tattoo I’ve ever thought of getting. It’s this Northern expression – because I’m originally from Blackpool – “You get owt for nowt.” It’s basically “You don’t get anything for nothing.” I love it! For me, I always feel you get out what you put in, and as a result, I’ve always worked hard. I’m from a family of hard workers – we graft… bye bye social life!

Creative HEAD: Is there something you’d say people should always have in their kit, or something you personally panic if you’re without?

SH: Well, because I used to travel a lot, my old boss never used to travel with expensive scissors because she’d always lose them. So I learnt to just constantly replace my kit, but never with expensive stuff because I knew we’d be working on shows and leaving stuff behind. So I became not too fussy with my kit. Often I’ll turn up and will forget something, or the job is now this instead of that. And to be honest I felt more creative just for making it work and thinking “What do I really need?”

LL:  Usually everything is there for me!  But I would say, for myself, I never travel without my own shampoo and conditioner. I cannot use hotel shampoo or conditioner. And I do bring my sets of shears with me, but once they actually got stolen at a hair show. I had maybe ten pairs of very expensive shears– like Mizutani, maybe three or four grand each – so they stole probably $10k worth.

Oh, and even if they have some ready, I don’t care, I’m bringing my own brushes. It’s all trial and error – I learned from my own mistakes. When I teach, I literally teach people my mistakes so they don’t have to make them. 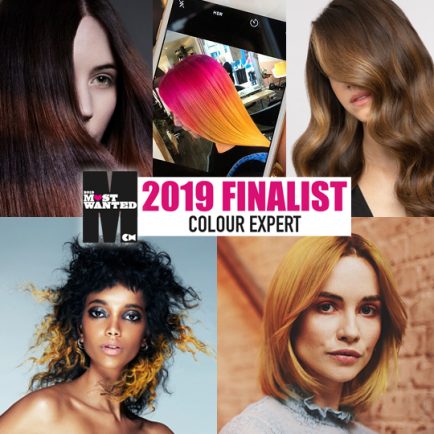 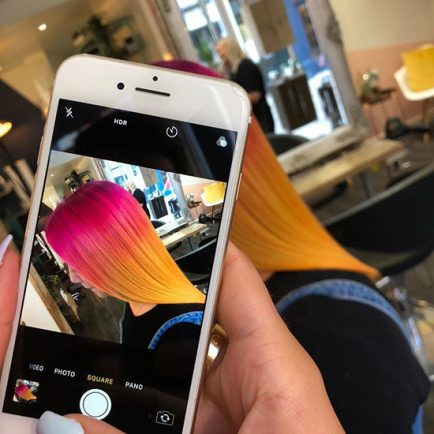 Not Another Salon Our PAINTER Sophia Sophia Hilton 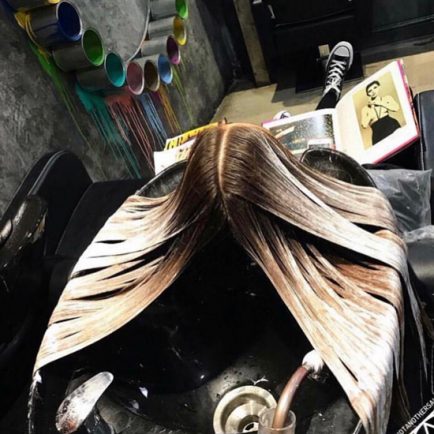 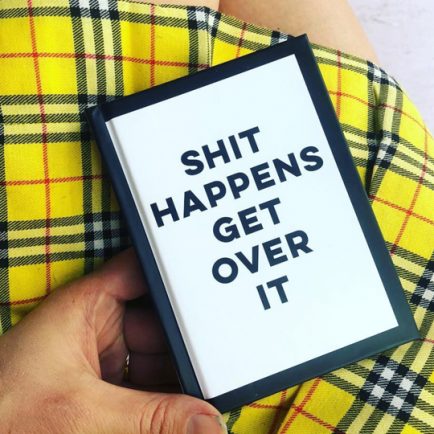