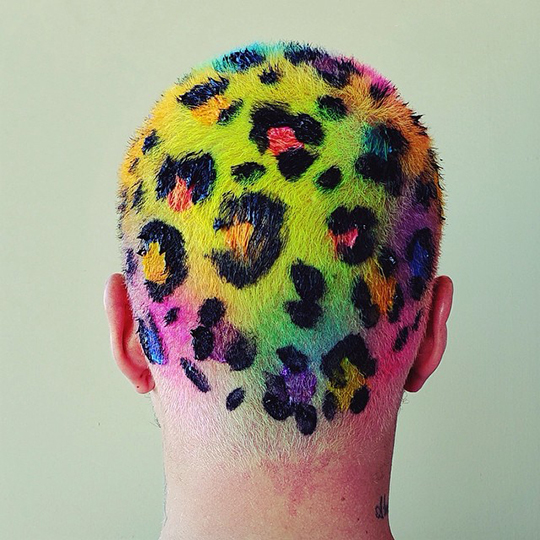 The buzzcut as a canvas 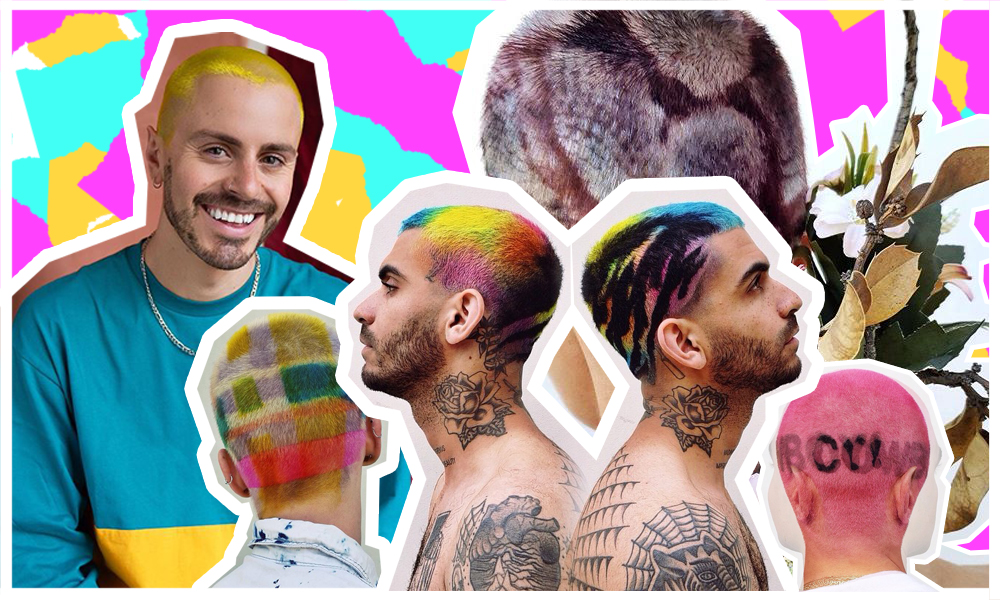 Leopard print, psychedelic patterns and vivid flowers in bloom – a grade 1 shave has never been so versatile! Buzzcuts for men and women have taken on a new life online, with a growing number of hair colourists using the short strands as a living, breathing canvas. We spoke to two artists embracing the trend to see what’s behind the bold buzzed boom…

California-based Janine Ker (@janine_ker_hair) has built a sizeable Instagram following thanks to her experiments in hair. Describing herself as an ‘artist turned hairstylist’, her signature look when it comes to colouring is vibrant designs on tight buzzcuts – a style that has seen her work grace the cover of Infringe magazine, as well as earning her appearances on our own Insta feed.

“To me, buzzcuts offer an edgier way to wear hair colour,” she explained. “I love their connection to punk fashion and that is what really inspired me to get creative on them in the first place.  Also, longer hair is not able to display rendered imagery, especially with brushed-on colour; a lot of the pop gets lost. I like to create work that is sharp and potent.”

But just because the hair is short and dense, it doesn’t mean colouring suddenly becomes a case of painting by numbers. There is a very technical side to producing aesthetically pleasing looks on clipped heads. “Buzzcuts have a specific texture you have to work on,”  Janine continued, “and this means the design itself has to translate well.  A great example is how effective animal print is on buzzed hair.  There are the obvious similarities between hair and fur, so you know it is achievable.  Attempting to paint a realistic portrait, however, would not work. It would automatically become fuzzy.  If that’s the intention, then that’s great! Otherwise, it can just look messy.”

Rather than being commercially driven, Janine’s creations are tied to her personal inspirations and stand alone as artistic pieces. “I have always been fascinated with hair and it’s direct connection to identity and expression,” she told us of the goal behind each style. “Imagine if you were stripped down; what would the hair on your head say about you?” To explore this idea, she collaborates with her clients on designs, but they are often willing to act simply as a canvas, trusting in her vision.

“I have always had a love for alternative fashion, ever since I found my own visual voice and expression as a teen growing up in the ’90s,” Janine added. “I am very nostalgic, and so I love thumbing through my own favourite memories and creating odes to them. My leopard print hair piece was a tribute to my punk rock high school friends, my geometric pastel buzzcut look references some of my favourite ’80s/’90s colour palettes and shapes, and my floral ‘carved’ buzz cuts remind me of furniture I grew up around. Everything has a special connection to me and I have to love the idea of a look in order to pursue it.”

When asked to pick her favourite creation so far, Janine admitted that it would have to be the look she christened ‘Ghost Flower’.  “I created that look for fellow hair stylist Anthony Vincent for Infringe,” she explained. “It’s a cobalt blue buzzcut with an iridescent shadow, featuring an old-school rose designed that I etched down to his skin with clippers. To me, it is the perfect marriage of punk and Latin fashion references, and the exposure of the tattoo displaying his last name tops it off perfectly.  It is what I consider to be my best work to date.” 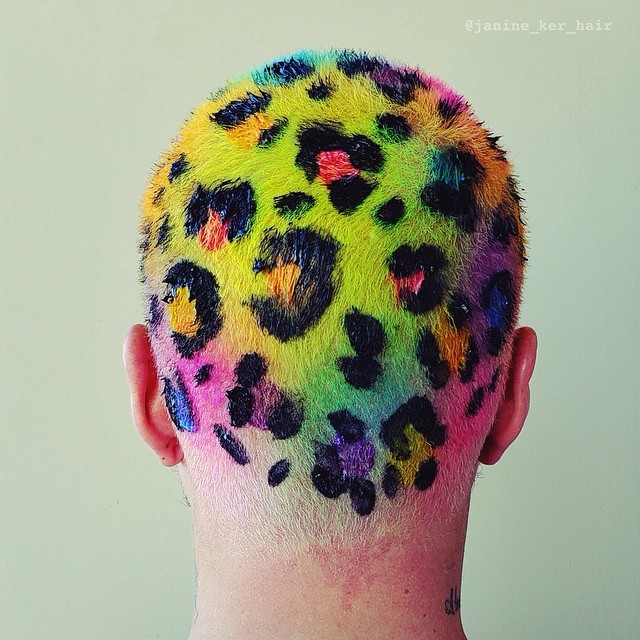 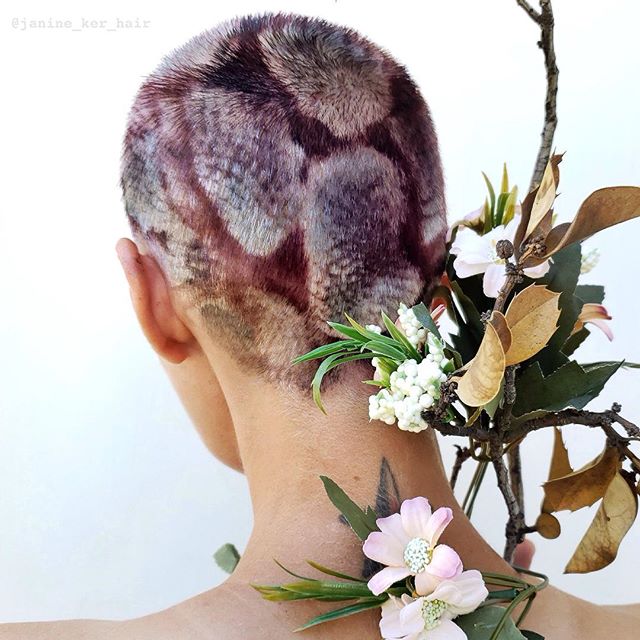 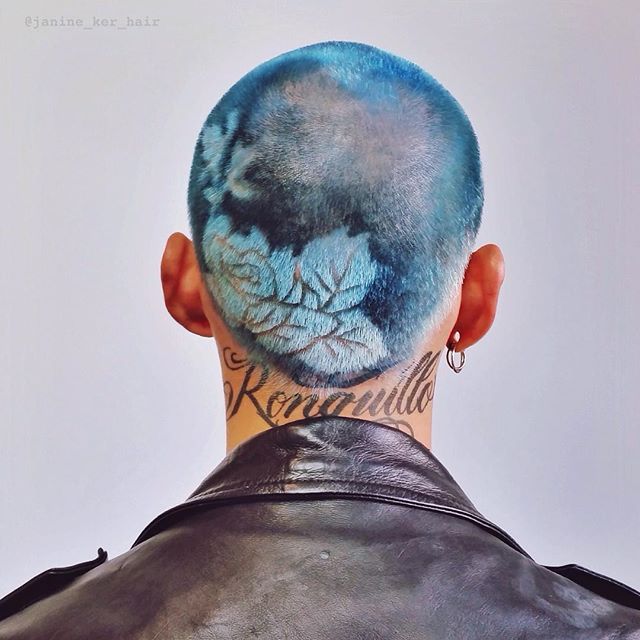 2017 L’Oréal Colour Trophy Afro Award winner, 2018 It List ‘Rising Star’ (and now ‘It Guy’ 2019 finalist) Jordan Massarella from Nashwhite sports a buzzcut himself and frequently experiments with different looks. Just as styling long hair can offer a quick, transformative change to an individual’s look (think of the difference in impact between a ballet bun and tumbling curls), a buzzcut allows him to play with difference guises using colour, without as much consideration when it comes to long-term damage.

“A bleach and tone on a buzz cut is ideal for a colour chameleon like me,” he told us. “It’s low commitment, interchangeable and gives me more options. Each time I shave my head, I’m pretty much back to having a blank canvas – the possibilities seem endless.”

Highlighting the growing commercial popularity of buzzcuts – and with his salon colourist’s hat on – Jordan adds: “Despite the style’s flexibility, it’s always good to consider the sensitivity of a client’s scalp though, particularly when working with pre-lightener. It’s also crucial to leave appropriate time between services to ensure you’re giving the client’s scalp a break.”

“Application is key,” he reiterates, “don’t just assume the shorter the hair, the easier the application. And always reapply half way through the development, as this will ensure an even result.”

Although he’s yet to branch out and sport any intricate designs himself, Jordan isn’t afraid to make a statement with his close-cropped colour. “I personally think the brighter the better when it comes to colouring a buzzcut,” he said. “Clients are becoming much more open to vivid colour and the short term nature of colour on buzzed or really short hair means they’re usually happier to be that bit more daring.” 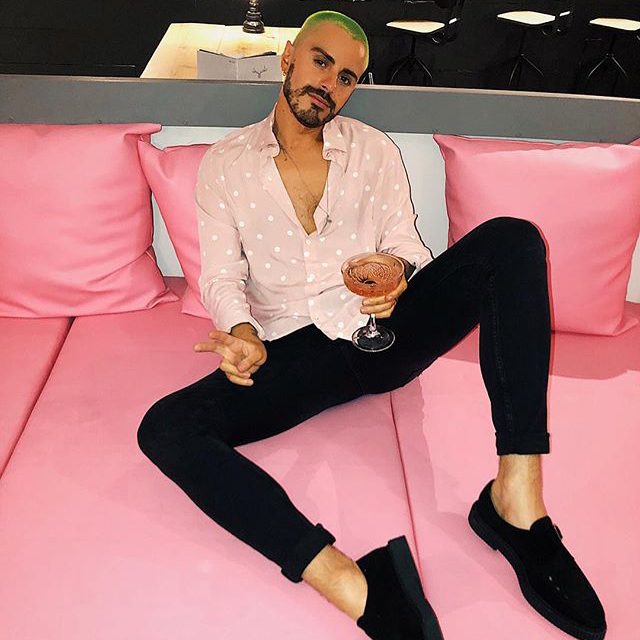 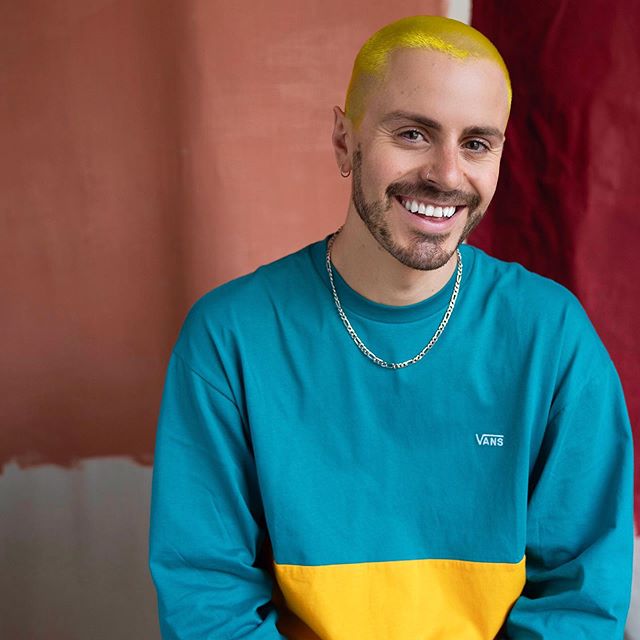 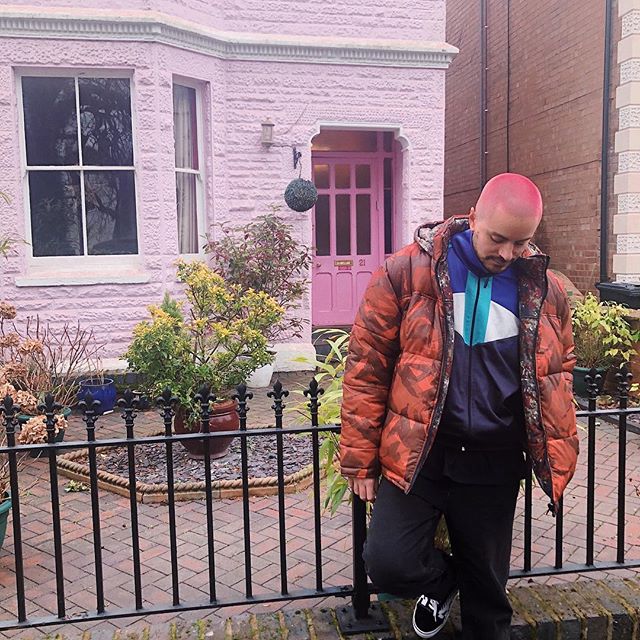 “I’m digging neon and UV colours for summer,” he continued, “and if you really want to make a statement, the animal print stencil work that Janine brought to light and is now being replicated all over Instagram is sick! My tiger print hair is pending…”

And while Jordan is still plucking up the courage to take his buzzcut into beast mode, Janine has a feeling her next masterpiece is bubbling just beneath the surface. “To be honest, I do feel like my mind is in artistic hibernation mode at the moment,” she conceded. “I’ve been doing colourful buzz cuts for over three years now… but I know something is coming. You will have to just wait and see!” 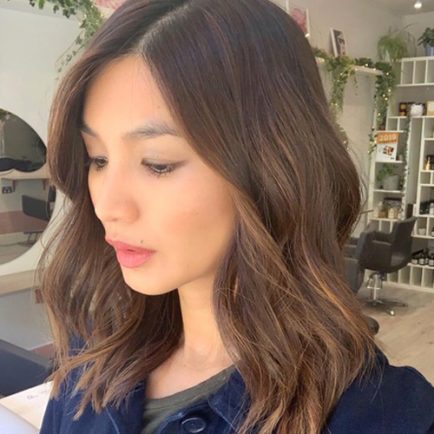 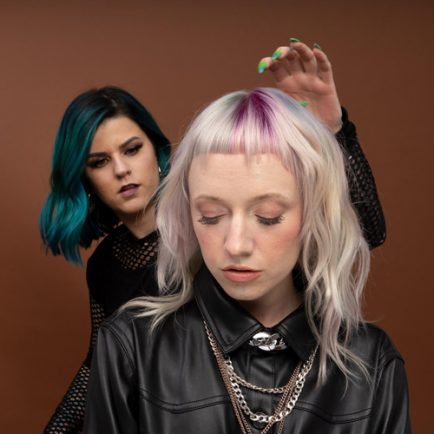 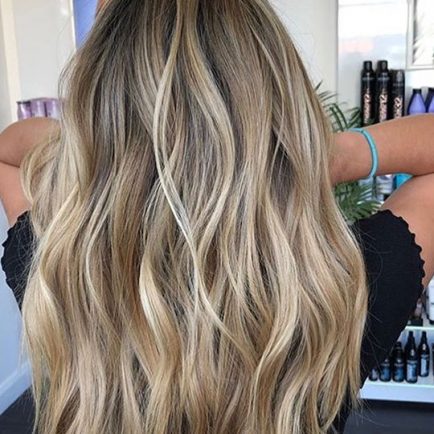 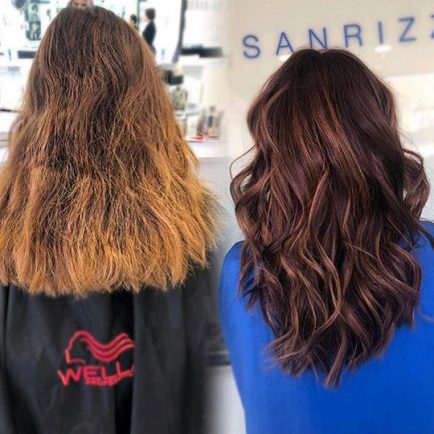 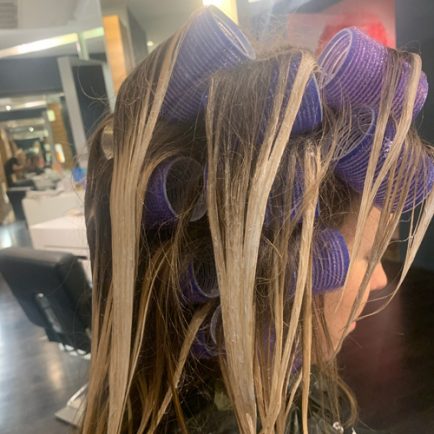