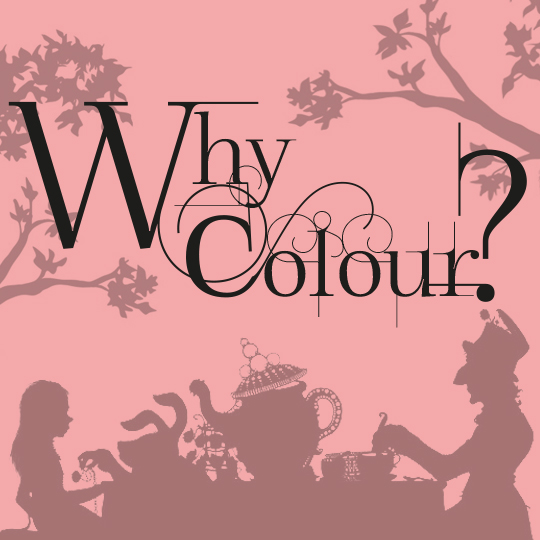 Larisa Love and Sophia Hilton are GIANTS in the colouring world. Their beautiful blends, tightly honed tinting techniques and crazy-skillful corrections have earned them global armies of fans online as well as on both sides of the Atlantic. But how did they end up here? We chatted to the iconic salon owners about their individual paths into painting and their current inspirations… 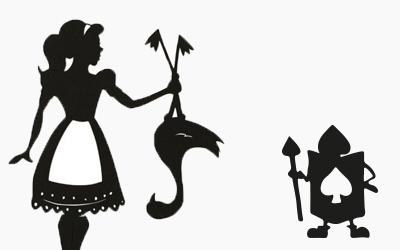 LL: Colour is way more transformative. Unless someone’s getting a pixie from a long haircut, it’s not as exciting for me. I love all the chemistry that goes behind it and that you can just transform someone – not just their colour, but the way that they feel and look  – all within a few hours. It’s so amazing, and it’s so fun to be able to create all of these cool looks, mixing shades together and creating your own unique tones.

Don’t get me wrong, I cut hair too and I love it, but my love for colour is waaaay up here [gestures above her head]. It’s instant gratification for me AND for the client. I use JOICO as I’m a brand ambassador, but also because it really has so many different tones to choose from.

SH:  For me, it’s because I’m not that good at cutting! I trained as a stylist actually…

SH:  Well, I’m college-trained for a start, so I had a really poor initial education. In the UK, if you’re just college-trained your skills are probably not that honed. I then went to a really good company in London, and they said I had to choose between colour and cutting – which is quite common. It was just the weirdest thing for me because it felt like they were asking me to get rid of half my job!

LL: Exactly! That’s happened to me too – when I started working at a salon they told me to choose, and I said “Well, I like to do both.” So I actually got hired to do both, and then two months in they again said “OK, you need to choose one now.” So I quit.

SH:  I said to the boss Sally at Brooks & Brooks that I couldn’t really choose. I asked if I could try a bit of both and then have her choose, so it was out of my hands. She agreed to, and she chose me as… a stylist, interestingly.

SH:  But I think she chose to have me as a stylist because she’s a stylist. She took a liking to me and wanted to grow me, and she couldn’t grow me as a colourist really – so it was the right move at the time. It was a smart move really because my career would have stagnated. She thought I was equally good at both, and she could do the best training herself in styling, and give me the best opportunities in that sense. 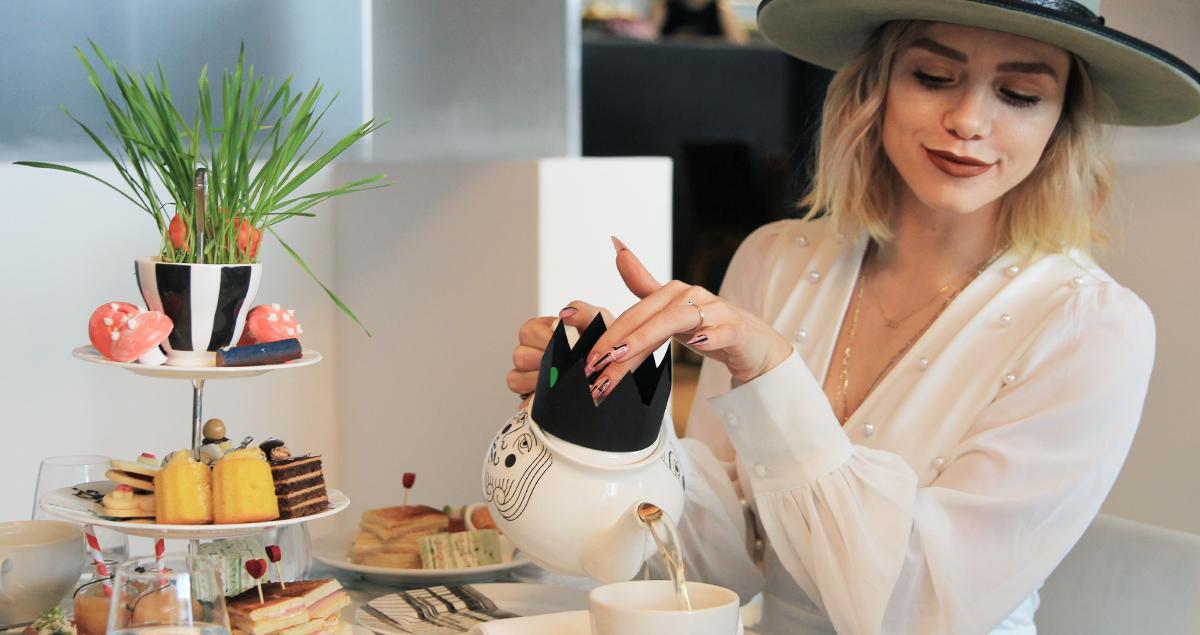 SH:  So then I learnt a lot of styling. I would say I was equally good at cut and colour throughout my training, but the styling side – as in hair up – was my thing for the whole early part of my career. I used to teach it.

SH:  Yeah. Quite cool stuff though, not too set and quite fashion-forward. I used to teach for ghd and L’Oréal Professionnel, and so early in my career, all the shows we used to do, all the travelling and stuff, that would all be me doing hair up backstage. But because my bosses were stylists, and I could colour, when we would go to shows around Europe it would be like: “Oh Sophia, can you put this colour on?” So I ended up colouring more.

Creative HEAD:  Did you find that you enjoyed it more and more then?

SH:  Not really, because there was no inspiration around me. We weren’t really a colour company. And then I went and won the L’Oréal Colour Trophy, and after that I kind of thought “Oh…”

SH: And from then, I noticed that my colouring just got better and better, while my cutting just sort of stayed the same. I can definitely cut hair, but it got to the point where I was teaching, and when I was teaching people colour I could see their eyes lighting up. And my eyes were lighting up. They were inspired and I was really showing them something new.

When I was teaching them cutting, I kept thinking: “I bet there are some people in the room who are better at this than me.” I love texture cutting, and I love razor cutting – mullets and stuff, y’know. I still love all that now  – all the kind of stuff you wouldn’t expect from me, right? [laughs] But I think it’s unfair of me to be educating at the level I educate at unless I can do it incredibly well.

SH:  So I think that’s where I pull back and go: “Hey, let’s just stick with what I’m good at.” I do miss it sometimes though. Like when I’m cutting a friend’s hair for free – and I actually started doing a few people’s hair for free because I wanted to get back into it. I sometimes think about going on another course, just for a week, even though I don’t want to cut, just to kind of get excited by it again, to remember that I did used to love it. 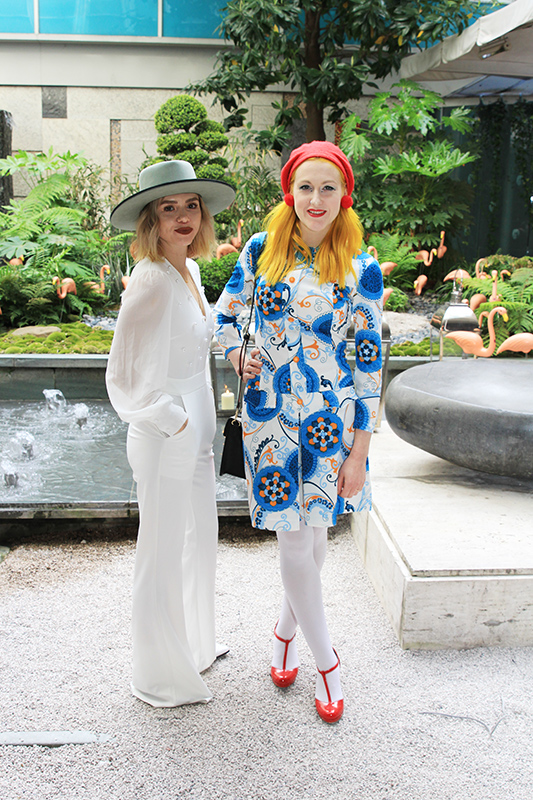 Creative HEAD: In terms of getting excited by stuff, what inspires both of you and where do you typically find your inspiration? Is it that you’ll see something and think: ‘Actually, I can put my own twist on something like that…’?

I want to create my own type of art on my clients, so travelling and culture and nature really are my top sources of inspiration. I don’t know about you, Sophia, what’s your inspiration?

SH: Ha! No, I really struggle ‘cos I’m the opposite. I don’t think I’ve ever looked at a leaf or anything and thought of it like that. I must do it subconsciously, it’s definitely not a conscious thing. A lot of my style comes out from stuff I don’t even know is happening. Like with the salon, I remember someone walking in and saying: “It’s like ’80s Miami in here!” and I was like “Oh, is it?”

And funnily enough, I did go to Miami twice a year for 15 years visiting family. But I didn’t know that was what I’d picked up on. And so many things come out in the style of what I do and I’m only now being able to pin-point where they came from. But at the time I think I must have just absorbed it.

I’m really interested in the practicalities of hairdressing though – as in: “Well, this is super creative, but how practical is it? How could I make money out of this?” I’m way more on the business side of thinking. “How do I do this but make the product costs work for the salon?”

What I think is happening in the UK is that creative hairdressing isn’t being pushed as hard as it could be, simply because people can’t afford the product. So I’ve got people coming on my courses saying “Yeah this is awesome… but you just used four tubes of colour and that’s my hourly rate! So now I’m down.” It’s all very well me standing on a stage and being like “Ah this range is amazing, follow me, blah blah blah” – which I still do! – but then I’ve got these people in front of me going: “Yeah, well we can’t do that.”

Creative HEAD:  It’s another kind of creativity isn’t it? Being able to work that out – thinking creatively.

SH:  People ask me: “How do I make this work for me, within my means?” I guess I’ve been less inspired by hair recently and more inspired by the whole picture. Because I think there are some great hairdressers like yourself, Larisa, who are doing it really well, and I don’t really want to compete with that. Some people have just got it down and I’m like “You can have that, and I’m just going to deal with all the other s**t at the bottom!” [laughs]. That’s where I’m at right now. That’s not necessarily where I’m going to be in the future, but that’s what’s really getting me excited at the moment.

LL:  You always evolve as an artist too. Whatever direction you go in, you want to evolve. If you stay stagnant then you’re going to fall out of love with what you’re doing, you know? You’re gonna lose that passion. So that’s a good thing. 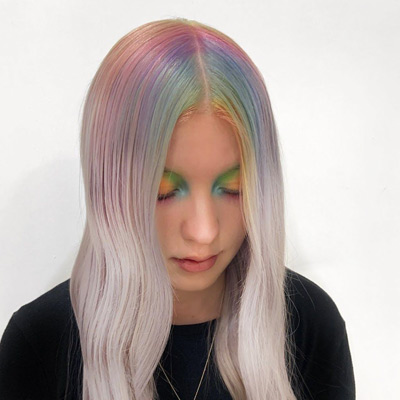 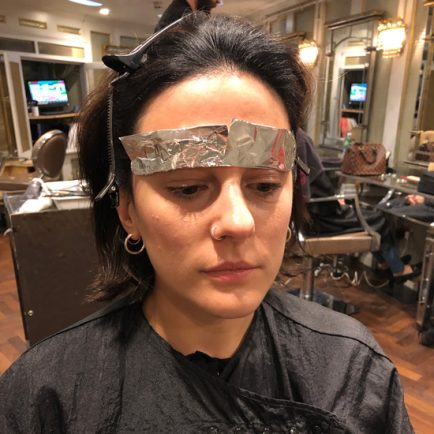 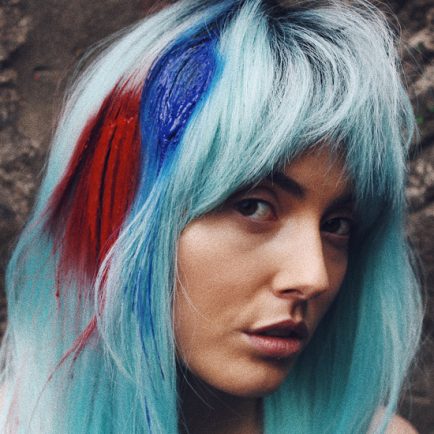 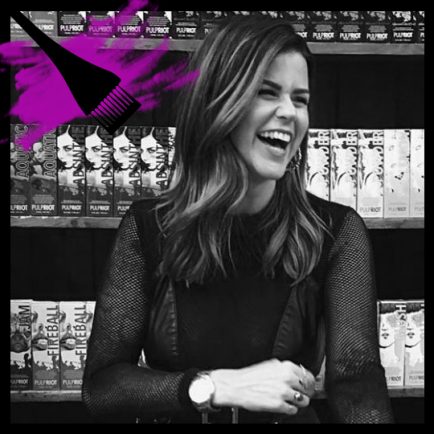 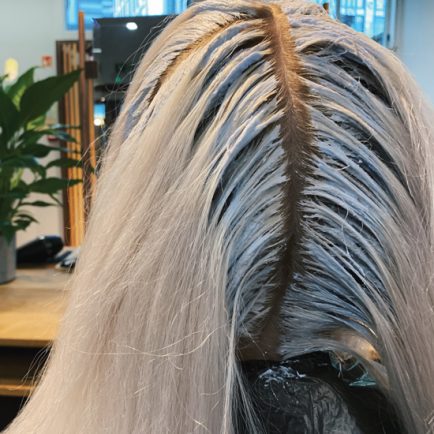