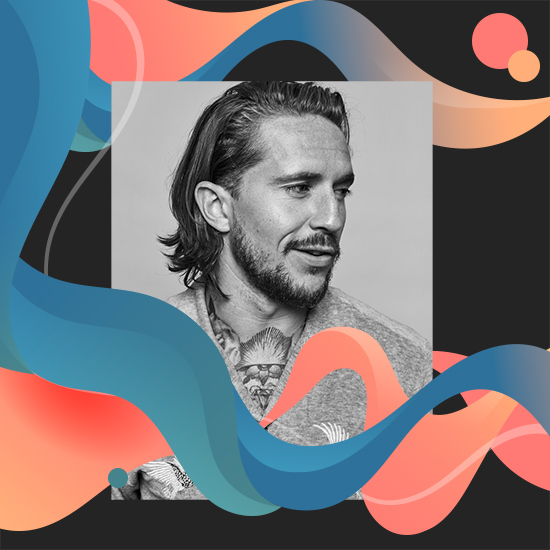 In episode two of The Root of It, a collection of podcasts presented by Creative HEAD in partnership with Treatwell, Charlie Cullen chats to best friend, role model and fellow men’s hair stylist, Jody Taylor.

Aged 17, Charlie enrolled in an apprentice programme at the Toni& Guy Academy in London, and spent the three years that followed developing his hairdressing skills under the expert guidance of the international artistic team.

Before long, Charlie discovered a strong passion for barbering – and a career path he was keen to follow. In 2012, he entered and won Toni&Guy’s Breakthrough Team Xtra competition – a search to discover rising stars within the company. This granted him a year’s scholarship on a mentoring programme, the opportunity to work on shows at London Fashion Week and a chance to take part in a shoot art directed by Sacha Mascolo-Tarbuck.

Soon after, Charlie began to teach at the academy, specialising in men’s education, and in 2016 he became an official member of the award-winning artistic team. This provided a springboard onto the international education scene, taking him to countries including Israel, South Korea and Russia.

A year later, Charlie was appointed international art director and head of men’s education at Toni&Guy, going on to play a crucial role in the development of the brand’s commercial campaigns. He created the men’s hair imagery that featured in the windows of every Toni&Guy salon worldwide throughout 2017 and 2018.

For the last 12 seasons, Charlie has worked backstage at Fashion Weeks worldwide, and last year he led the Toni&Guy hair team at London Fashion Week Men’s S/S19 shows. He is currently freelancing as an international educator and recently took on the role of art director at Soho barbershop, Joe & Co.

Hear Charlie and Jody discussing the modern male client and what makes him tick in Listen to What the Man Said – the second of three episodes in series one of The Root of It.