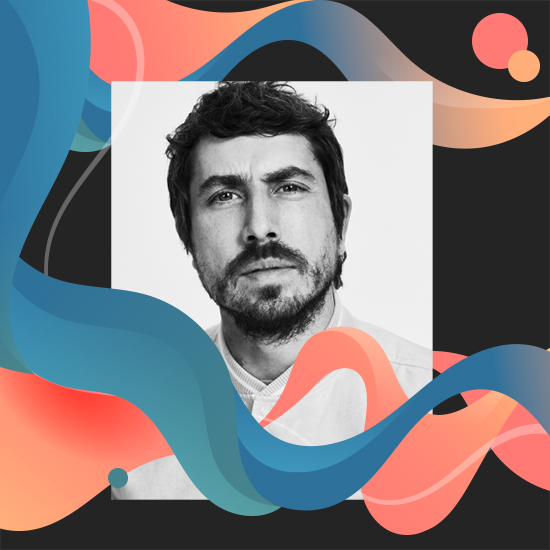 Is that the unmistakeable sound of a multi-award-winning men’s hair stylist on air? Jody Taylor joins a stellar line-up in the studio for the launch of Creative HEAD’s podcast project, The Root of It

In episode two of The Root of It, a collection of podcasts presented by Creative HEAD in partnership with Treatwell, men’s hair stylist Jody Taylor chats to best friend, former student and long-standing assistant Charlie Cullen.

The world was on the brink of a new millennium when Jody became an apprentice at Toni&Guy’s flagship salon in London’s Mayfair. During the first three years of training, he studied under some of the industry’s most influential figures, including Anthony Mascolo, and it wasn’t long before he was plucked to join the company’s acclaimed artistic team, which saw him take to the stage sharing his skills and knowledge with hairdressers all over the world.

Jody went on to lead Toni&Guy’s men’s creative cutting course, and over the next five years he restructured and refreshed content with huge success; the course remains one of the most popular offered at the academy today.

By 2012, Jody was assisting  and heading up countless backstage teams at London Fashion Week, styling for designers including Hackett, YMC, Hardy Aimes and Christopher Raeburn. He is now considered a true veteran with over 18 seasons under his belt. And his CV is packed with multiple shoot credits, too, having worked on numerous editorial projects for the likes of GQ, Vogue Italia, Esquire, Shortlist magazine, 7th Man, Drama, Boys by Girls, Ones to Watch and The Independent magazine.

In 2018, Jody’s work made it into the windows of iconic high-street fashion brand, Topman, including at its famous flagship store on London’s Regent Street. That same year, Jody won Creative HEAD’s coveted Most Wanted Men’s Hair Specialist award.

Currently, Jody is developing Tailored, a range of men’s hair products alongside a successful career as a freelance session stylist. He recently joined Joe & Co. in London’s Soho as the barbershop’s creative director, and stars in The Industry, a documentary telling the real story of a life in hairdressing.

Hear Jody and Charlie discussing the modern male client and what makes him tick in Listen to What the Man Said – the second of three episodes in series one of The Root of It.

Jody Taylor The Root of It