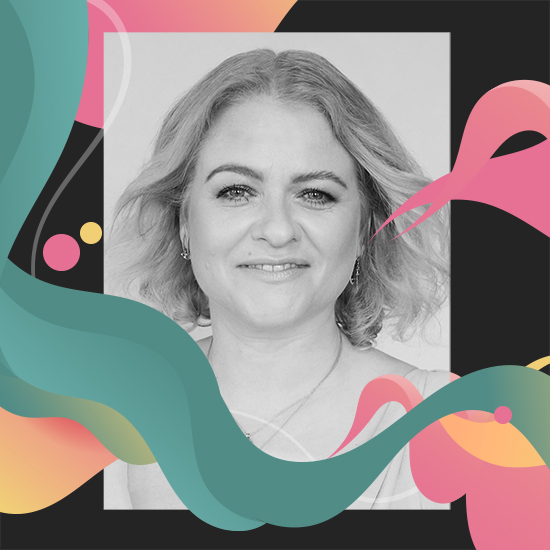 Queen of blondes, boss lady and master of balance, Nicola Clarke is here to bare her business blueprint on The Root of It

In the second instalment of The Root of It, a collection of podcasts presented by Creative HEAD in partnership with Treatwell, cult colourist and salon owner Nicola Clarke chats with Hershesons hair empire director and friend, Luke Hersheson.

In 1983, aged 13 years, Nicola Clarke took a Saturday job at her local salon in Billericay. She loved it. Shortly before leaving school, she travelled to London for interviews and ended up securing a job for the following year at the hair salon in The Berkeley Hotel where she trained with Robert Wright.

“I never really wanted to grow up. And I suppose owning a business and being responsible for people’s livelihoods and their careers is actually growing up, so I kind of swerved that for a long time… It’s just such a different hat that you wear when you own your own business”Nicola Clarke

After qualifying, Nicola decided she was ready for a change and in 1991 landed a job at Andrew Jose. Andrew was the former head of education at Vidal Sassoon and it was during her time under his employ that Nicola fell in love with colour. It was also her first introduction to working in session; she met hair icon and legend, Sam McKnight, at her first London Fashion Week show and was so inspired by his work she pursued opportunities to assist Sam and in 1997 began working alongside him as a freelance assistant, a role that would continue for the next 8 years. The position granted Nicola exceptional opportunities and it was through Sam, at Matthew Williamson’s first London show, that Nicola met Kate Moss, who would go on to become a long-standing client.

Meanwhile, Nicola was also assisting the late Umberto Gianni, who was a fan of her red-carpet work, supporting him on shoots. Feeding off his energy, the relationship naturally led into a salon role and in 1999, Nicola moved on from Andrew Jose to join Umberto’s team in Knightsbridge, where she was appointed head colourist. The salon afforded her the flexibility to pursue a career in session and it was while in LA on a project with Gwyneth Paltrow, that Nicola received the devastating news that Umberto had passed away. Nicola returned to London and the salon but found that without Umberto at the helm, things weren’t the same. Six months later, she took a call from John Frieda’s PA and in 2001 was welcomed into the John Frieda family.

Nicola rose through the ranks at John Frieda until in 2018 she took the opportunity to partner in her own salon, and Nicola Clarke at John Frieda was born.

Almost four decades on from her first hairdressing role, Nicola is now an icon in her own right as a colourist both behind the chair and on set of epic blockbuster films. Often referred to as ‘Queen of Blondes’ colouring the likes of Madonna, Kate Winslet, Cate Blanchett, and Kate Moss, she is also famed for creating some of the most memorable characters seen on screen (she took care of the perfectly sun-kissed shade worn by Leonardo Di Caprio in The Beach and has worked with Jake Gyllenhall, Brad Pitt and many other movie stars). But despite jet-setting between film locations, magazine shoots and red carpets events, Nicola always returns to what she describes as being “the best part of the job” – working in the salon.

Hear Nicola and Luke discussing life as the boss, chatting salon bugbears, challenges and expectations; people, products and PR; lifestyle, stress levels and revenues; all on Then and Now – in series two of The Root of It.