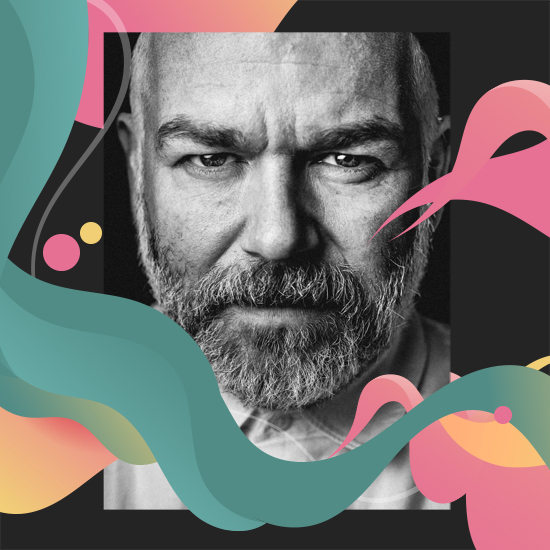 WARNING: Explicit Content! Adam Reed has entered the recording studio for series two of The Root of It, and he’s not holding back

In the second instalment of The Root of It, a collection of podcasts presented by Creative HEAD in partnership with Treatwell, one of the UK’s top hair icons, Adam Reed, chats with leading session stylist, champion educator and fellow salon owner, Darren Fowler.

By the time he was 13, Adam had found his calling. He was working at ‘Something Else’, a salon close to his Somerset home, and became captivated by hair and all the industry could offer. In 1995 he landed a job at Charles Worthington in London and that was it; career trajectory set for stardom!

No man is an island. I’ve always said that, and I’ll always talk about the people I work with and their strengths and why they’re great at what they doAdam Reed

During his time at Charles Worthington, Adam met magazine editor Isabella Blow, who introduced him to celebrities like model and author Sophie Dahl, fashion journalist and novelist Plum Sykes and art dealer and former model, Honor Fraser. All three later became Adam’s own clients, helping to put his name on the map as one to watch.

The Percy & Reed brand became the talk of the town, growing into two booked-out London salons and a product line sold in over 20 countries. The duo went from strength to strength, both as a unit and independently, cultivating an impressive team of talent, building a robust list of loyal clients and securing an ever increasing VIP following including Ellie Goulding, Diane Kruger, Mel C, Rita Ora and leading beauty editors from Glamour, ELLE and Grazia. Success also came for Adam in the shape of regular fixtures heading up the hair teams for shows like The X Factor and Britain’s Got Talent and editorial shoots featured in the pages of glossy magazines like British Vogue and Harper’s Bazaar.

After a decade in business, Adam decided the time was right to go it alone and in February 2020 (four weeks prior to Lockdown part one), he opened Adam Reed London. A homage to his sense of style, the salon features an eclectic selection of brands spanning hair, fragrance (everyone nose Adam’s love for scents – see what we did there?) and jewellery as well as personal design touches like a chandHAIRlier and furniture sourced through the Spitalfields Trust. The emphasis is on the creatively curious and a support of all things local.

In addition to his salon and session work, Adam is also a global ambassador and a highly respected educator for L’Oréal Professionnel and ghd, educating aspiring hairdressers by sharing his creative aesthetic and technique globally.

Sit back, relax, and hear Adam and Darren speak openly about the perks and the problems they’ve faced as salon owners in Then and Now – the second episode in series two of The Root of It.