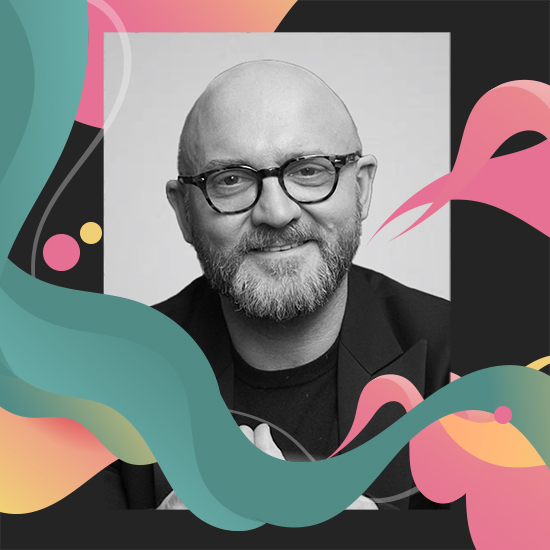 Usually found mixing with Hollywood’s hottest, salon owner Darren Fowler spent an hour in the Creative HEAD recording studio for the latest episode of The Root of It. Hear how he juggles it all…

In the second instalment of The Root of It, a collection of podcasts presented by Creative HEAD in partnership with Treatwell, leading session stylist, salon owner and champion educator, Darren Fowler chats with friend and fellow hair icon, Adam Reed.

He may have started out as a foreign money broker in 1996, but even then Darren was imagining a career in hairdressing. Never having taken any creative classes at college, though, he questioned whether hair was the correct path to follow – but not quite hard enough! Just one year later, Darren pursued his passion and landed a job at Clipso, a salon group in Hertfordshire.

Branding is creating a character, and identity, and environment. It’s storytellingDarren Fowler
LISTEN

In 1999 Darren was appointed Clipso’s artistic director and head of in-house education and was later pivotal in the expansion of the brand into London, opening a small studio space in Watford under the same name, which by then was under his owner- and directorship.

Fast forward 12 successful years and Darren was ready for a new challenge. He left Clipso and in 2015 established his own business, Fowler35, a boutique studio salon in London’s Fitzrovia district.

Darren has since launched the Fowler Hair Academy, a digital education membership platform for hairdressers around the globe with a keen aim to improve accessibility to education for everyone, not only the most privileged. Alongside this, he set-up ‘The Men’s Project’, an initiative rolled out in India teaching hairdressers how to build a strong men’s hair business within their own salons.

All this and there’s still another string to Darren’s bow! His extracurricular activities stretch to collaborations with Hollywood’s hottest – he’s worked extensively with film director Ridley Scott and actress Salma Hayek, along with other top celebrities including Cillian Murphy, David Beckham, Naomi Campbell, Paris Hilton and Gillian Anderson. Projects also span advertising campaigns, editorials in magazines like Vogue, ELLE and The Sunday Times Style, and leading the backstage hair teams during London Fashion Week for designers such as Giorgio Armani, Saint Laurent and Paul Costelloe.

Sit back, relax, and hear Darren and Adam speak openly about the perks and the problems they’ve faced as salon owners in Then and Now – the second episode in series two of The Root of It.