THE COTERIE: IN SESSION MEN

It’s a year of firsts for The Coterie– we went to Dublin on the 8 April – a brand new location on the regional roadshow and now, we’re thrilled to announce that we’ll be hosting our first The Coterie: In Session dedicated entirely to mastering men’s hair.

We’ll be studio-bound on Monday 20 May, combining conversation with live on-set styling as we welcome the incredible Jody Taylor, our reigning Most Wanted Male Grooming Specialist and supremely skilled Liam “The Barber” Campbell to show off some super sharp gents styling. Steering the show is none other than leading style and grooming journalist Lee Kynaston, who writes for titles including The Daily Telegraph, Stella, Mr Porter, Fashion Beans and Balance.

Regarded for his forward-thinking approach, Jody Taylor is a recognised name in male grooming – starting his career at Toni&Guy studying under Anthony Mascolo before storming the session scene working with leading designers, publications and celebrities. At London Fashion Week Men he has styled for the likes of Hackett, YMC, Hardy Amies and Christopher Raeburn, he’s constantly called upon for editorial shoots by publications including Esquire, GQ, Vogue and Wonderland plus has shaped up the looks for leading names such as Callum Turner, Jack White, Conor McGregor and David Beckham. You’ll have the opportunity to get up close and personal with the man himself – watch his technical skills live, hear his inside insight and get ready to behold some sh*t hot hair…

The second person in this power pair is Liam Campbell, aka Liam The Barber. From a stint in the British Army to freelance Barber, Liam’s trade has taken him from Australia to India, backstage on The X Factor and styling for the likes of Ted Baker and Diesel. Last year he founded Brother Barber, combining his two passions – barbering and football – kicking off with a stint at the World Cup in Russia cutting fans’ hair and documenting their stories. Formerly head barber at Nomad Barber, he currently leads the team at Mills Barbers‘ flagship store in Birmingham and has a residency at Percy & Reed in London. Liam will be showcasing his standout skills and awesome creativity and we have a close quarters seat to all the action.

Liam Campbell work and on stage for BaByliss PRO

Lee Kynaston will be bringing his own flair to proceedings as host for the night – there’s no better guy to get and give the lowdown on the male grooming industry and trend-setting style. Lee spent eight years on Men’s Health as Grooming Editor and is currently Men’s Grooming Expert at The Telegraph; and a columnist for Balance magazine and The Sunday Telegraph’s Stella, covering both style and grooming. He contributes to a range of titles and websites including Mr Porter and Fashion Beans. Alongside steering conversation, he’ll be setting a special challenge for our two experts.

Tickets are limited, so get yours quick…

CH Club Members receive an exclusive ticket rate of £20 – sign up now to take advantage, it’s just a one off £10 fee for the year and you’ll also get a subscription to Creative HEAD magazine. SIGN ME UP> 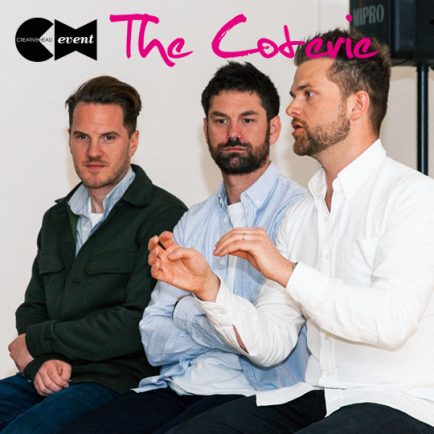 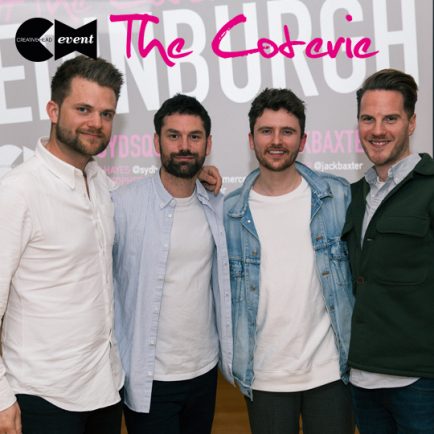