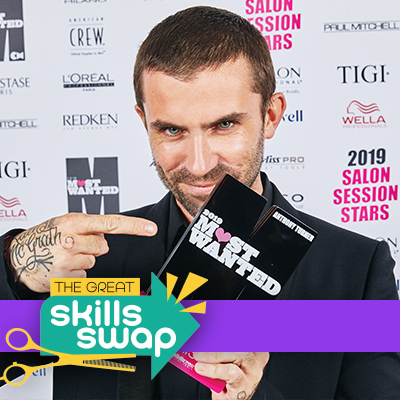 The #MWIT School: Life in Lockdown with Anthony Turner

Winner of the 2019 Most Wanted Session Stylist Award, Anthony Turner talks to Creative HEAD editor, Amanda Nottage, about life in lockdown, how he started in the industry and what it’s like working with Miss Piggy… 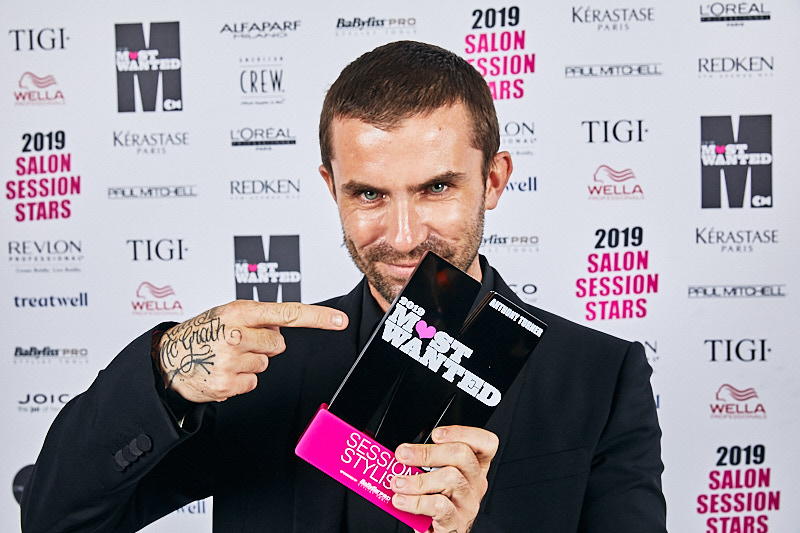 “Wouldst thou like to live deliciously?” The Witch, 2015 – Anthony Turner’s fave quote

As part of Creative HEAD’s #YouAreNotAlone campaign, we hope to keep the incredible hairdressing industry motivated, inspired, informed and supported. Part of that will be calling on our legendary alumni of #MWIT award wins to provide step-by-steps, tutorials and offer insight to how they are faring with life in lockdown.

On Instagram Live, Creative HEAD editor, Amanda Nottage, caught up with our 2019 Most Wanted Session Stylist, Anthony Turner, over a cup of tea and a split screen. An artist in his own right, Turner released his own fanzine promoting LGBTQ+ youth, in partnership with Another Man contributor and photographer Sarah Piantado, called Mortal Remains. Over the course of his career, Anthony has worked with an array of fashion designers, models, artists and er, Muppets. His words, not ours. Here are a few of the highlights: 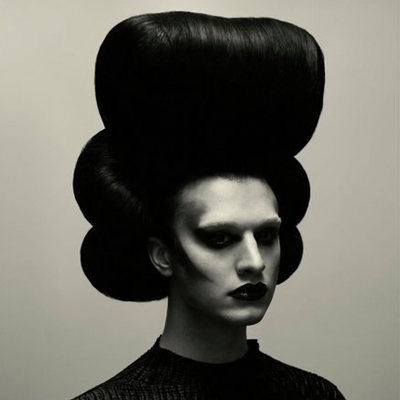 One of Anthony’s ‘Mortal Remains’ models 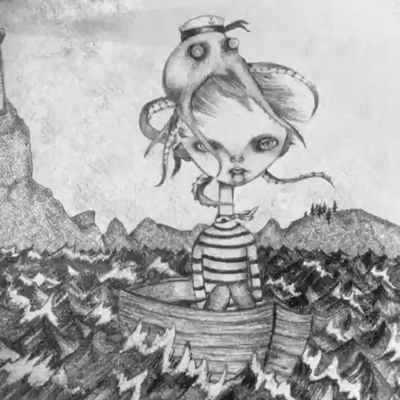 A drawing for Beauty Papers magazine

On life in lockdown…
“It’s been quite surreal, I’m used to rarely getting a day off and now I’m being forced to stop. However, I have to keep telling myself this is not a holiday. I’m not on a beach sipping a margarita. It’s taken some time to figure out.

“It was during LFW that we began noticing something was happening. There was this feeling. It’s weird because when you’re in Fashion Week you have no other concept of what’s going on outside. It’s all encompassing. But it was when I began seeing friends in Milan posting on their Instagram Stories that we really knew it was happening.

“I’ve been keeping sane by doing lots of sketching, to me it’s like meditation. It makes me feel good. The only thing is I’m completely colourblind. It’s never bothered me before – by the way, I’m terrified of colour – as I normally only sketch in black and white but I’ve been trying to add some colour to my sketches, lately.

“I love cooking so I’ve been doing lots of that, I’m currently waiting for some bananas to ripen so I can make banana bread. I’ve also got my cats to keep me entertained – Lulu and Arlo.”

On getting into hairdressing…
“I come from a working class town, I used to read magazines for escapism. Things like The Face, i-D, Dazed… I loved being able to touch the pages. Feel it. This inspired me to get into fashion. I wanted to write, maybe do fashion illustration. I was captivated by Alexander McQueen – it spoke volumes to me. Almost like a smack in the face.”

“I was flunking college and needed some money so I got a job at Toni&Guy in Stafford. It was just sweeping the floors and making tea but I fell in love with it. As soon I started progressing there I quit my other part time jobs stacking shelves in Kwik Save and as a bartender.”

“In the beginning it was tough. I don’t like being told what to do and I used to rebel against everything – even the uniform. However my bosses there, Mark and Adrian, encouraged me so much. They taught me everything I know.”

“The work ethic I learnt there set me up for life. I’m quite quiet but incredibly competitive. I set myself such high standards and high goals. This can be a good and bad thing. I’m my own worst enemy!”

On being a perfectionist…
“My assistants will tell you – I drive them mental, in the nicest possible way! My work has to be perfect.”

“A couple of seasons ago we did a Paul Smith men’s show and although the hair wasn’t necessarily technical, it was more of a theme. A feeling. That’s hard to translate to a team, especially when I felt like I had to just let my hands do the styling.”

“There were about 50 models walking in the show, my team prepped them all and then I did every person’s hair on my own. And I still wasn’t happy. So I got them all back and did it all again. In the end I did about 100 heads of hair on my own. But that’s because I knew in my mind I’m the only one that’s going to get this. And that was no disrespect to the team, it just needed my hands in it.”

On using Instagram…
“I get a lot of hairdressers messaging me asking to assist and the first thing I always do is look at their Instagram page. We have this tool now and I think it’s so important to use it, to make it unique to you. Be brave, have fun. Show things that reflect you and your creativity. Push the boundaries and make me want to look at it.”

“If all you have is the back of a head with a wave or line, I don’t know what I’m looking at. Hopefully people will use this time to get more creative.” 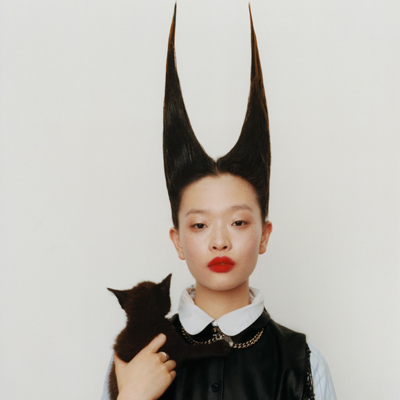 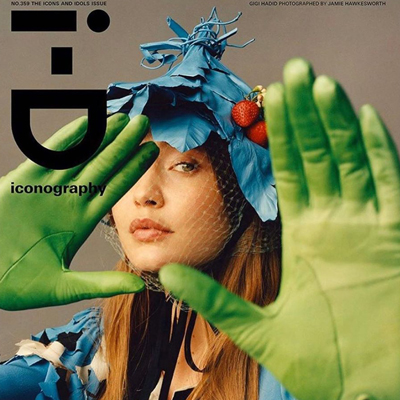 On getting into session styling…
“I was getting on well in the salon but I needed to buck my ideas up. Like I said, I was a bit of a brat and not very good at being told what to do. I started entering competitions and winning, and that pushed me on.”

“One day I looked at i-D magazine and saw photos from Alexander McQueen’s Voss show, which was all padded cells and very goth-like, and I realised what hair in fashion could be.”

“My bosses Adrian and Mark encouraged me to move to London to pursue session styling and one night after work I was in a bar and Guido walked in. All my colleagues encouraged me to go over and say hello, so I did and told him I was a huge fan of his work. I rambled on for a bit and then he said his assistant was leaving and I could come and help him on a couple of shows.”

“The first show was in New York and I was so nervous. I’d never been as far as Majorca before that point and I had to be sick in the toilet on the plane. I was terrified.”

“I’d never experienced jet lag before so the first few shows were just spent watching, processing and learning. I passed pins and got a feel for it.”

On working with Guido…
“One thing I quickly learnt was everything that I thought I knew about hairdressing, I didn’t. I really didn’t know anything. It was like that ‘oh’ moment. Starting all over again and that took me quite a long time to figure out as I was always fully booked and popular in the salon. I walked into this environment thinking: ‘yeah, I know what I’m doing’ and I didn’t know what I was doing.”

“The first few shows were about watching and taking notes. Not just what everyone was doing but how they were behaving. It’s a very different way of working. In the salon there’s that banter, it’s light. Backstage you get your head down and you work.”

“One thing I learnt from Guido is that you have to find your own way of doing something. Just because it’s your way doesn’t mean it’s the wrong way. If something works for you then you shouldn’t question it.”

On his best bits…
“Winning the Most Wanted Session Stylist Award last year was definitely a highlight. It took my breath away. I wasn’t expecting it and was just so shocked. I thanked my nan on stage because she was everything to me. The reason I started drawing. When I was younger I would wait while she cleaned offices and to keep me entertained she would give a pen and paper.”

“Working with Winona Ryder. She’s everything you hope she could be and more. A little big kooky, completely bonkers. We hit it off and I completely adore her.”

“Doing Miss Piggy’s hair was a surreal moment. It was during a shoot and I did her wig. You have to speak to her as Miss Piggy, you’re not allowed to refer to her as ‘Piggy’ or a Muppet. She’s Miss Piggy. And no one sees her without her wig on. She went behind a screen, took it off and put a turban on. Then I did her hair and she put it back on. It was surreal.” 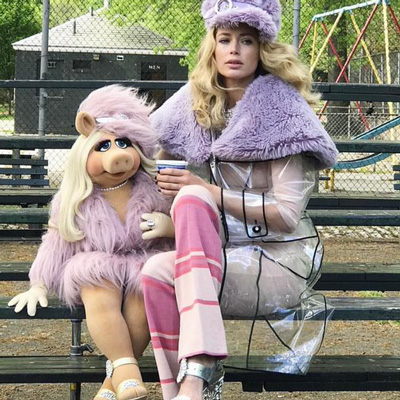 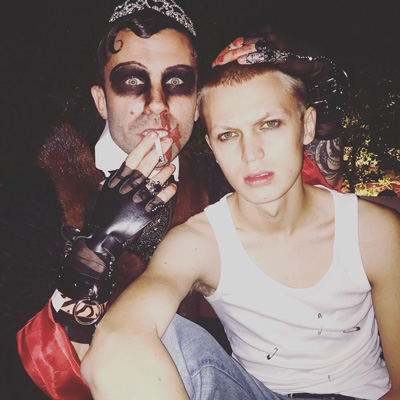 On films to watch in lockdown…
“As a huge Halloween and goth fan my favourite film is Bram Stoker’s Dracula. It’s a beautiful love story and it’s beautifully shot. I also love Hereditary and The Witch. They’re both shot beautifully, too.

Want to work on Anthony’s team at London Fashion week? Find out how you could WIN this amazing prize, exclusive to Creative HEAD  > 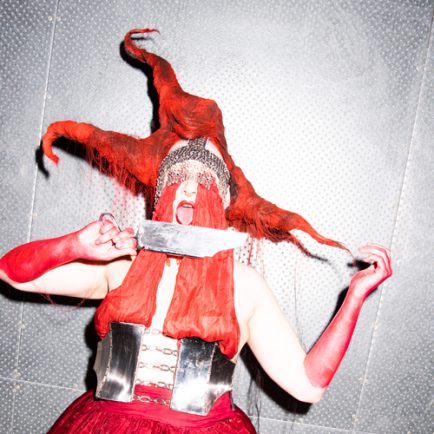